Originally released in April for PC and iOS devices, Anomaly: Warzone Earth will hit the Xbox Live Arcade sometime in spring 2012. The debut game from developer 11 Bit Studios, Anomaly on Xbox will feature six exclusive levels and be fully optimized for a gamepad. Dubbed as a “tower offense” game, a spin on the traditional “tower defense,” players must assemble convoys of vehicles and plot their path through cityscapes as they defend the Earth from an alien invasion.

The announcement on the official website for Anomaly: Warzone Earth states, “While it's commonly known that strategy games are hard to control via gamepad, thanks to our model of gameplay where you have the on-field Commander and tactical view for controlling the squad, Anomaly is easily accessible and, so-to-speak, user-friendly strategy on console.”

There has been no word yet on a specific release date or pricing. 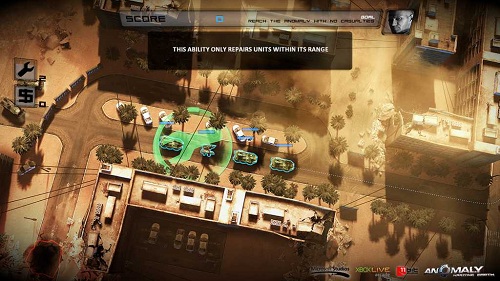