With the Electronic Entertainment Expo behind us, we can now all look forward to the actual release dates of the most anticipated games. Yeah sure we are all excited about Modern Warfare 3 and Halo 4, but for us Xbox owners, there’s a game you should definitely look in to. I’m sure many of you remember the movie where the Toy Soldiers came to life and saved the day, and now you can take control of these toys in the battle of a lifetime. Toy Soldiers: Cold War is an upcoming Xbox live arcade game, who’s trailer at the expo absolutely caught my attention.

I am a fan of the Call of Duty series and the Halo saga but sometimes feel as though these games are getting too realistic or repetitive. Toy Soldiers looks to be a nice alternative on first person shooters. The trailer featured many weapons similar to those from the Call of Duty series and also some that I have not seen before. You will be able to use big guns and heavy machinery to really take it to your toy enemies! It also allows you to partake in the traditional multiplayer that many first person shooters have. 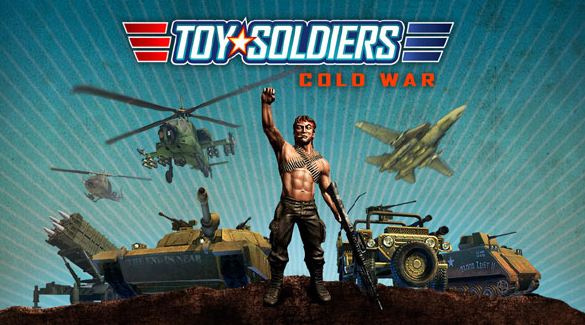 This game looks to be a pretty good one. I believe out of all the Summer of Xbox live arcade games shown, Toy Soldiers is definitely the list topper. This game is set to be released July 20th. The cost of Microsoft is still unlisted but whatever the price, Toy Soldiers: Cold War sure looks to be worth it.