It seems since the beginning of the year, these Nintendo Directs seem to have become mini-E3 press conferences. Each month, Nintendo 3DS and Wii U owners are given a ton of new updates on the upcoming titles, while throwing some shockers. We’ve been teased Monithsoft’s successor to Xenoblade, Shin Megami X Fire Emblem, and The Legend of Zelda: Wind Waker HD; while being updated on games like Pikmin 3 and Animal Crossing: New Leaf. Within these Directs, we’ve also seen the Nintendo 3DS’ eShop library evolve to a platform that rivals what XBLA and PSN are dishing out these days.

April’s Nintendo Direct continues this tradition. Nintendo makes the already solid 3DS lineup amazing with more software; including the return of the Game Boy Color Zelda titles, the localization of the Guild02 games, and brand new successors of two Super NES classics. The Wii U was not left out with the launch window of the system’s Virtual Console and ETA of the firmware update to quicken the lengthy load times.

Satoru Iwata, along with a costumed Mario and Luigi, started off the Direct and announced the following:

Mario & Luigi: Dream Team releases on August 11. Peach is sucked into the dream world and the only way for Mario to get into it is for Luigi to sleep on several magical pillows.


Mario Golf: World Tour will utilize the Nintendo Network in several ways. In addition to online play, players can upload scores on leaderboards and will have a community feature like Mario Kart 7. World Tour releases this Summer.

A new installment of the Mario Party series was announced for 3DS. Each of the boards within the game will have their own set of rules and will release this Winter.

Iwata shed some light on New Super Luigi U, the expansion pack for New Super Mario Bros. U. All 80+ stages from the original are completely remixed. Luigi’s movements from Super Mario Bros. 2/Super Smash Bros. are implemented in the expansion, such as jumping higher than Mario and slipping when breaking. All the remixed stages only have 100 seconds on the clock as well. Strangely enough, it sounds like this expansion of a multiplayer-friendly title is single-player. 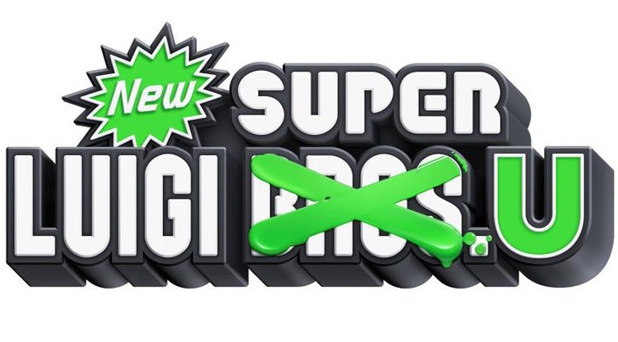 Donkey Kong Country Returns 3D now has a “New Mode,” where players have 3 hearts each instead of 2. There are also new items to buy to help newcomers (or those beaten by the Wii version). However, these additions are optional because there is an “Original Mode” that makes the game play like the Wii version. The 3DS version will have new levels and local multiplayer. DKC Returns comes out on May 24th.

One of the big announcements was a new Yoshi’s Island for 3DS. The game looks like the Super Nintendo game, but with 3D models. Yoshi can throw gigantic eggs that destroy anything in its path.

The Wii U system update releases next week. Not only will it improve loading times to and from the main menu, the update will allow users to move data between two connected hard drives, install software automatically while playing games or while the system’s off, auto receive updates without booting the game itself, and allows the system to boot to Wii Mode by holding B when the system starts up.

The day after that update, Nintendo will launch the Wii U’s Virtual Console. A sizzle reel shows off the launch window games, which include Excitebike, Super Mario World, Super Mario Bros. 2, Mario Bros. (Arcade), Wrecking Crew, Kirby Adventure, Kirby Super Star, Kirby’s Dream Course, Kirby’s Dream Land 3, Punch Out!!, Yoshi, Yoshi’s Cookie, Ice Climber, Balloon Fight, F-Zero, Super Metroid, and Mega Man. Each of these games will have own Miiverse community. Nintendo reminded everyone that there’s an upgrade fee if you want your Wii Virtual Console version converted to the Wii U version. Iwata announced that Nintendo 64 and Game Boy Advance games would be rereleased at a later time.

The Wii U Panorama View demo will also release the day after the update. It allows viewers to see 360 degrees of a fixed sightseeing tour.

The long awaited Pikmin 3 was finally given a date, which is August 4th. Iwata showed off the Winged Pikmin for the first time. They can fly over hazards like water and can carry items over obstacles. 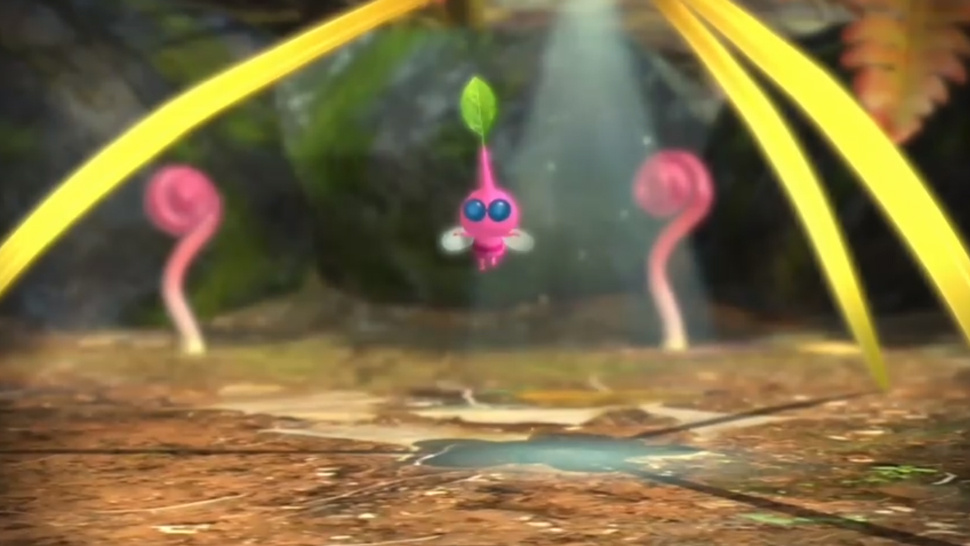 Lastly, Iwata announced that Earthbound will be hitting the Wii U Virtual Console in North America and Europe later this year. This is the first time that Europe is getting the game.

The Direct shifted to Nintendo of America's Bill Trinen.

First up, Trinen announced that Game & Wario will be released on June 23 for the Wii U.

Lego City Undercover: The Chase Begins releases next week on the 21st.  The 3DS prequel is a free-roam game like the Wii U version, but with some limitations.

Not only is Animal Crossing releasing on June 7th, a Limited Edition Animal Crossing 3DS XL will launch alongside it. The system will retail for $219.99 and has New Leaf on its 4GB SD card. 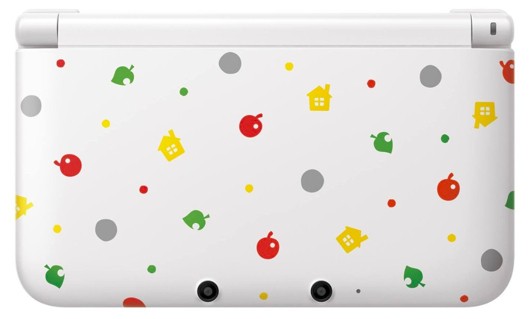 The 3DS Virtual Console will gain The Legend of Zelda: Oracle of Ages and Seasons on May 30. Its system-link ability has been confirmed for this version, though it’s unknown how it’ll work with both games on the same system.

Square-Enix’s Bravely Default as been announced for North America and is being published by Nintendo. It’ll release in 2014 in North America, but is coming this year in Europe. 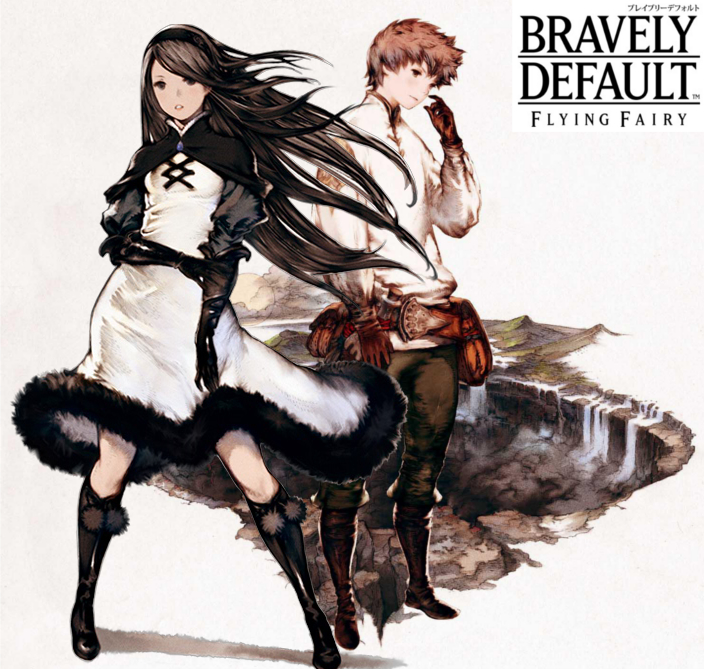 Trinen also announced the localization of Professor Layton and the Azran Legacy. The last installment of the Layton prequel trilogy will also launch this year in Europe and 2014 in North America.

Level 5’s Guild02 games are also announced for North American/European 3DS eShop. Guild02 contains three games: Starship Damrey, Bugs vs. Tanks and Attack of the Friday Monsters! A Tokyo Tale. Designed by Kazuya Asano (known for Chunsoft’s visual novels in Japan), Starship Damrey is a horror adventure game where the player gets absolutely no tutorial or any other help when traversing the starship and regaining your memories. Bugs vs. Tanks, created by Keiji Inafune (Mega Man, Onimusha, Dead Rising), has shrunken World War II tanks facing off against now-giant insects and will utilize co-op and StreetPass. Attack of the Friday Monsters! A Tokyo Tale is the first game by Kaz Ayabe to release outside Japan and stars a boy named Sohta who lives in a Tokyo where monsters from 70’s Japanese TV shows fight in the city every Friday. Check out these extremely unique games with the trailer below:


And if those three games didn’t fill your Japanese gaming goodness enough, Atlus’ Shin Megami Tensei 4 releases on July 15th. The first print of the game comes in a box with a Soundtrack and art book, much like this week’s Shin Megami Tensei: Soul Hackers.

Finally, Reggie Fis-Aime announced the final game of this month's Nintendo Direct: The Legend of Zelda: A Link to the Past 2. The game takes place in the same Hyrule as the Super Nintendo original, but Link will explore new dungeons within it. Link can become a drawing on a wall to change camera perspective and reach places he could not before. The biggest surprise is that it will be released on this holiday season.


Below is the full video of the Direct if you wanna see all the games that were announced today:


Anything catches your eye or shocked about a sequel to Link to the Past? Let us know in the comments below.