In my last review of Archer Vice (“Smuggler’s Blues”), I remarked that it was the first episode of the season that didn’t hold up to the great level of quality since the change in premise. That was a couple of weeks ago and since then; the series has experienced a noted improvement from that previous lackluster outing. I wasn’t able to do in-depth reviews of the following two episodes, but I cannot continue to write about this week’s entertaining, “Palace Intrigue – Part I” without touching on some of the episodes’ strong points. 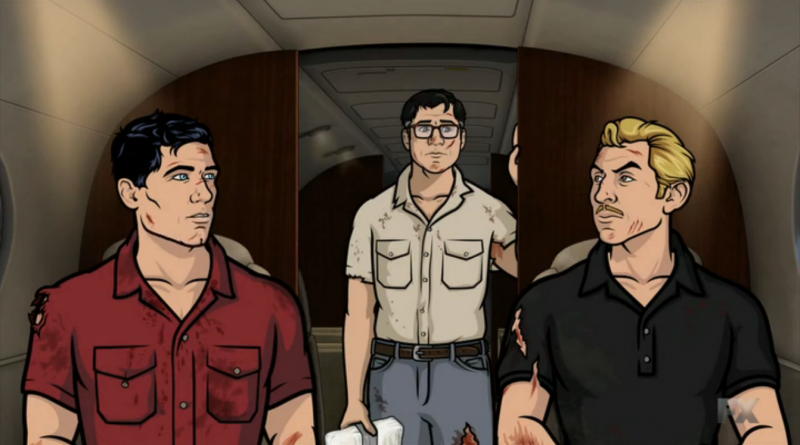 Episodes “The Rules of Extraction” and “On the Carpet” were both full of an insane amount of jokes and callbacks, fantastic character moments, and ridiculous scenarios that only Archer could provide. “The Rules of Extraction” worked wonderfully as a continuation of the previous week’s storyline with Archer, Cyril and Ray stuck in Colombia. And while I criticized the character combination and its lack of dynamism in “Smugglers’ Blues” Adam Reed pulled it off this time, as well as in “On the Carpet” which focuses mainly on those characters, even though the flashback structure brings the entire gang together. Not only are the situations they find themselves utterly hilarious, but also the character’s quirks and idiosyncrasies are brought out to enhance the overall comedy. The show didn’t just rely on the wacky scenarios; instead most of the entertainment came purely from the characters and the innate qualities that make them unique.

Ray and Cyril were not relegated to being just straight men to Archer’s craziness; they contributed to the ridiculousness in great ways and ways specific to the characters’ personalities and nature. It also didn’t hurt to incorporate more of the group in New York to break up the crazy jungle shenanigans. Pam’s obsession with cocaine and cocaine related products was toned down somewhat, but when addressed it was done so in great ways and Cherlene’s quest to country stardom never failed to entertain. 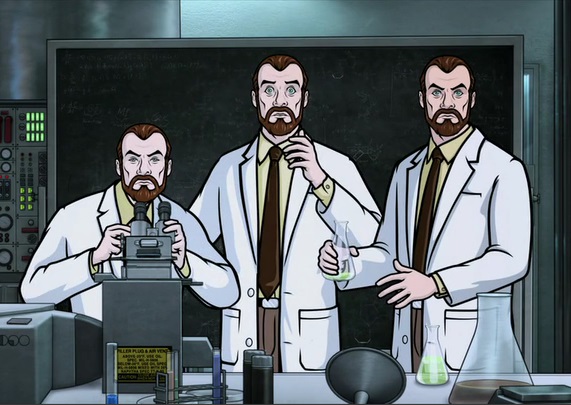 This week’s “Palace Intrigue – Part I” is another highly enjoyable outing with a fast-paced narrative and jokes a’ plenty. Sure, there is a lot going on, some might even say the half-hour is overstuffed, but that kind of manic, energetic narrative style is a perfect backdrop for the kind of humor Archer revels in. And despite the many story elements and the amount of characters taking part in the insanity, the storyline isn’t frustratingly complicated or anything. It is straightforward and uncomplicated with a few threads of open-ended weirdness thrown in. What the hell is up with those clones? And seeing as it is the first half of a two-parter, it makes sense that it would be a narrative-heavy installment introducing/continuing storylines that will be directly addressed in the following episode.

All the disparate storylines going on at the same time do provide us with lots and lots of fun character combinations and interactions. This is definitely an ensemble-led episode. Following a string of episodes that focused mostly on Archer, Cyril, and Ray’s adventures in Colombia, it is a welcome shift. Because this show is so good when these personalities are reacting to one another, the group together always manages to create fantastic moments of comedy. Like The Breakfast Club discussion at the top of the episode which is absolutely hilarious and oddly accurate in the character assignments. Malory’s total confusion/obliviousness of the intricacies of the discussion, “Are you all just saying random words?” is perfection, as is Lana’s outrage that she would not be considered the Molly Ringwald of the group. As Cherlene articulately put, “Oh, get over yourself.” Also I loved how small allusions to The Breakfast Club kept popping up through the episode. Archer knows how to employ the running gags, with the perpetual search for ice and more towels hilariously interrupting more pressing matters and Archer’s now desperate yearning to bring back “phrasing.” Which Cherlene, so enthusiastically employs much to Archer’s glee. The comedy in this installment And for all the zany and ridiculous gags there are in “Palace Intrigue – Part I” the most effective and unexpected joke, by far, isGustavo’s incredibly expensive “work of art.” “And then overeverything, just white. Just Layer after layer after layer of pure white, until you can see nothing of the painting below…”Definitely one of the best sight gags in the show, certainly the best of the season. So, so, so good. That joke alone would make a subpar episode rise considerably in quality. 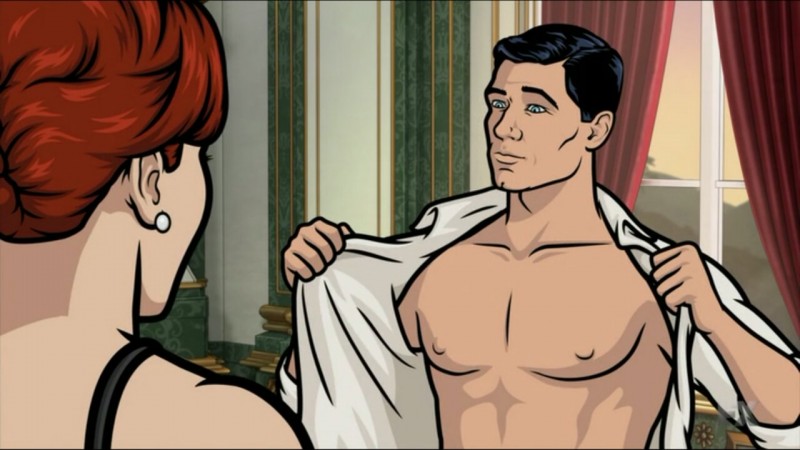 With the new narrative developments (now the gang are arms dealers, CIA involvement in San Marcos, no more cocaine) it is evident that the show is starting to transition back to the original premise. If you hadn’t heard the series will “unreboot” for the next season. Archer Vice has been so much fun and such a successful breath of fresh air for the series (though some of you strongly disagree) that I question the need to revert to what was starting out to be a tired premise. Though the structure, tone, style and humor of the show have not been changed since the reboot, it has refreshed the kinds of stories Reed has been telling. I would have liked to spend some more time in this bizarre, fantastic, peculiar milieu. What did you think of “Palace Intrigue – Part I”? And where the hell is that tiger?   Final Thoughts:
Rating
8.0
Pros