Army of Two: The Devil's Cartel was announced back in August of this year and already it has a release date: March 26, 2013. From EA and Visceral Games, The Devil's Cartel follows two soldiers, named Alpha and Bravo, as they journey to Mexico in search of a drug cartel leader named Batista.

If you pre-order the game, you get a slew of content. Gamers will be automatically upgraded to   the Overkill Edition, which includes three extra Overkillers contracts and Day of the Dead-themed outfits and masks. The Overkill Edition will also offer tactical co-op gear including a TAH-9 sidearm, Double D automatic shotgun and Overkill mask and outfit.

Expect more on Army of Two: The Devil's Cartel in the months leading to its March 26th release on Xbox 360, Playstation 3, and PC. 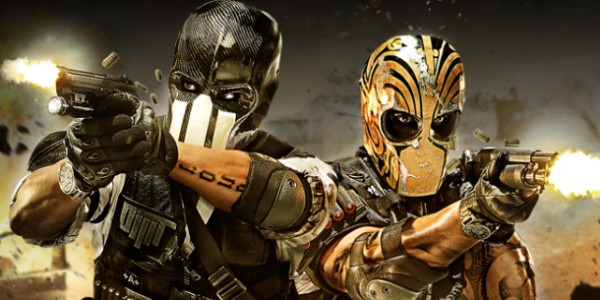