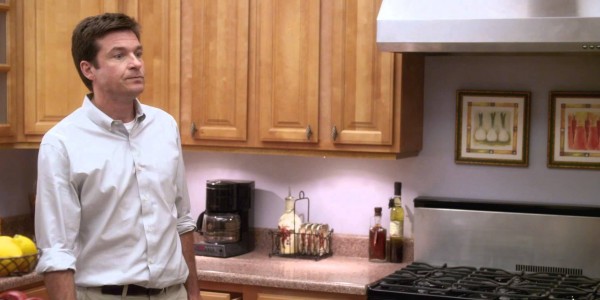 When the prospect of new Arrested Development material (potential movie, new season) began to float around in the television universe, many fans of the show hoped that the creators would take real, concrete steps towards making it happen. With loyal fans and enthusiasts eagerly supporting the notion of new material, and creator Mitch Hurwitz openly stating that he was interested in the idea, it was only a matter of time before the project got underway. With the announcement of a fourth season, followers of the series rejoiced and excitedly anticipated the release of new episodes. Fans of the show certainly believed that the series was cancelled prematurely and that they deserved more of the Bluth family’s shenanigans. But was it absolutely necessary to revisit the Bluth family? One could say that the show’s original run was as close to perfection as a comedy can get; the Arrested Development we love will always be treasured as one of the best comedies of all time, so why mess with that?

One week ago, Arrested Development made its anticipated return via Netflix, and though the fifteen-episode season gets off to a frustratingly (at times) slow and uneven start, the series ultimately progresses into a pleasant reintroduction to the Bluth family. It isn't exactly the classic Arrested Development we all fell in love with during its first run, but the new episodes retain enough of the original charm to make it a worthwhile venture. With the exception of a few episodes, (which I’ll be getting into in a future spoiler-laden review) the season is a fun continuation and expansion of the Bluth family’s story. Expecting that the show would come back in its exact form is a futile hope that will only bring on disappointment, so it is best to let go of any preconceived notions or desires and enjoy the fifteen episodes for what they are. Does the new season ruin our perception of the series as a whole? Absolutely not. Nothing can really take away the success of those first three seasons. Is this new season necessary? Not really, because it isn't the mind blowing amazing comeback that so many were anticipating. Hurwitz has been vocal about his interest in and intention to make an Arrested Development movie, and this fifteen-episode interlude feels like his way of laying the groundwork for that film. Maybe he has his absolute best material hidden away for when that comes to fruition. If we do get an exceptionally executed film in a year or two, does it justify this uneven season? Ultimately, I think it does, because even though the season isn't a full home run and has major flaws, there is still a lot to be admired and it is enjoyable and funny enough to justify watching it.

About those major flaws, perhaps the most glaring and impactful is the obvious cast limitations the show has suffered. Since the culmination of the show’s original run in 2006 many of the cast members have found success in film and television and have become very busy people with very busy schedules. Consequently, this has forced Hurwitz to create a story that significantly alters the format of the show in order to accommodate scheduling conflicts. Each episode focuses on a specific character and the overall narrative is told through the various characters’ points of view. Throughout the season we experience certain events multiple times, each time shown through a different character’s eyes. So when Michael finds Gob with a significant other in the first episode, it is not until the eleventh episode when we get to see who he spent the night with. At times this puzzle piece/mystery structure permits for great payoffs, but most of these "mysteries" or missing pieces are not intriguing enough to completely justify the format. 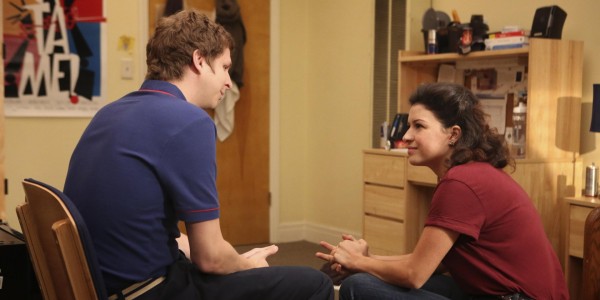 The repetitive nature of the season does become tiresome, especially when we get flashbacks and recaps of events that happened in the very same episode. Much of the season is spent recapping what the various members of the Bluth family have gone through in the years since we last saw them, and while it is important to understand what happened in the moments following the series finale, the first half of the season lags as a result and is dragged down by this narrative contrivance. As the season progresses and moves away from those retellings, the actual plotline comes into the forefront and the present narrative thankfully takes over. There is no doubt that the later episodes are significantly better and more effective and feel the most like the Arrested Development of before.

The cast limitations also affect the amount of episodes each character gets, so while Tobias and Lindsay get two episodes each, we only have one episode for Buster and one for Maeby. There is a loss of the group sensibility; the array of personalities that compose the Bluth family don’t seem a unit anymore, instead they operate on very separate and disparate realms, a narrative decision that significantly alters the atmosphere. There is not as much character interaction, and instead of getting to see the cast react to one another, we just see the insane characters acting crazy out in the world. There is a great influx of guest stars and guest appearances, probably intended to make up for the missing characters in the episodes. There has to be somebody reacting to and being carried away by Tobias’s antics or by Gob’s ambition. Along with the familiar recurring characters from seasons past, there is an onslaught of brand new characters that encroach upon the series. The show suffers with too many guest appearances and cameos by relatively recognizable actors and comedians. Often when watching the show, the new, yet familiar faces are distracting to a viewer. “Hey look its that guy from that show I once saw,” you’ll probably find yourself saying multiple times while watching the season. Most of the time the guest actors are utilized successfully, taking advantage of the performers’ strengths or employing the person’s off-screen persona to make an in-joke. Other times, however, the presence of a certain actor comes off as just a casting stunt, a decision made not because that actor might be the best person for the part. As for the regular cast members themselves, there doesn't seem to be any strain evident in getting into character after so many years; our old favorites fall right back into their particular personalities with ease. 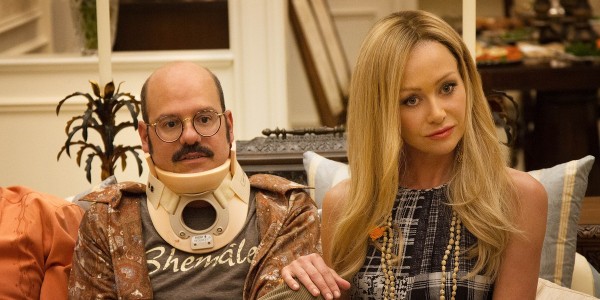 Despite some hiccups here and there, the show’s second iteration has more going for it than against it. Fans are glad to have their show back for this limited run and will surely welcome more Bluth mania. The way the season culminates practically demands for a subsequent chapter, though whether that will be another season or a movie is yet to be seen. Until then, we have what came out of this unprecedented trial run to dissect and examine, and ultimately enjoy.  As Hurwitz said, “This is yours,” so do with it what you wish.