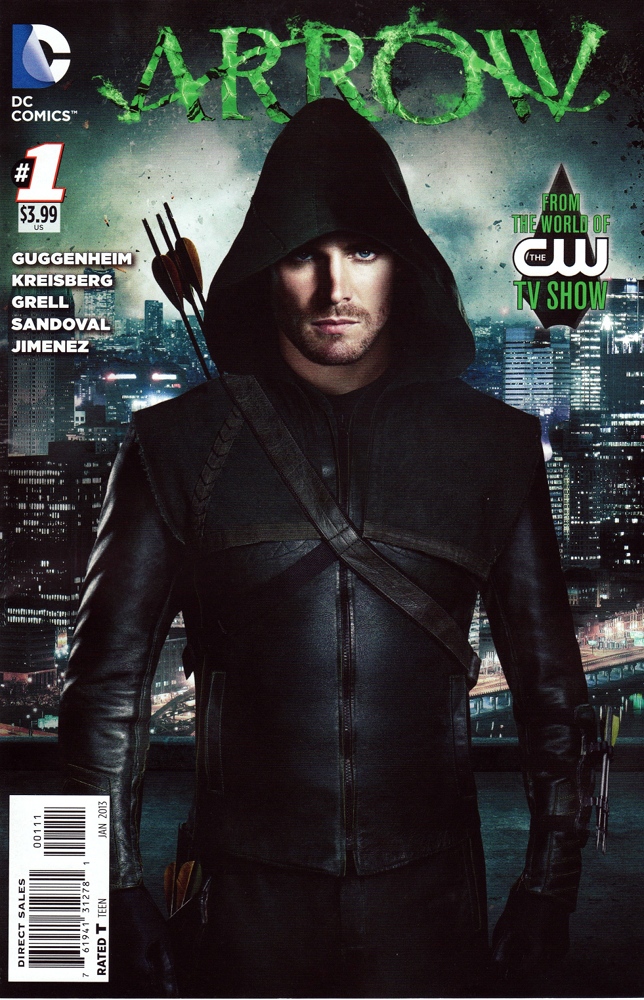 Arrow is following the footsteps of Smallville and has a digital comic that comes out every week that in the end of the month gets collected in a printed comic. I was pretty excited to get this tie in book because I have been enjoying Smallville Season 11 and I am a big fan of the Arrow television show.

The cover will definetly lore fans of the show to this book. It is one of the promo posters they were using to promote the show before it came out in October. I think it is a perfect fit for issue 1 of this series.

This issue is broken into three chapters. The first chapter explain Ollie’s mission. The second chapter is look at the point of view of the people Ollie is hunting. The last chapter explains how China White became the person she is today.

As I said in the beginning of this review I was pretty excited for this series to come out in print. I thought this series would follow the steps of Young Justice and have a tie-in you don’t need to read, but if you do read enhances the story.  After reading this issue I realized there was no such luck.

The story just summed up things we already knew about the show. It did not give any extra insight on the characters or even have any new adventures being told. It just repeated what is already repeated so many times on the show. The people that are going to get this series are looking for new stories. You are not going to have many people picking up this comic that don’t watch the show. So, you do not need three quarters of the issue to be scenes we already saw in the pilot episode just in a comic book format. This was especially upsetting because this issue cost 3.99. I feel like I was cheated.

The way the words were laid out on the page made it very frustrating to read. They would only put four words in every word box. So, you kept making pauses during this “meaningful” narration Ollie makes about his mission of being the hooded vigilante. 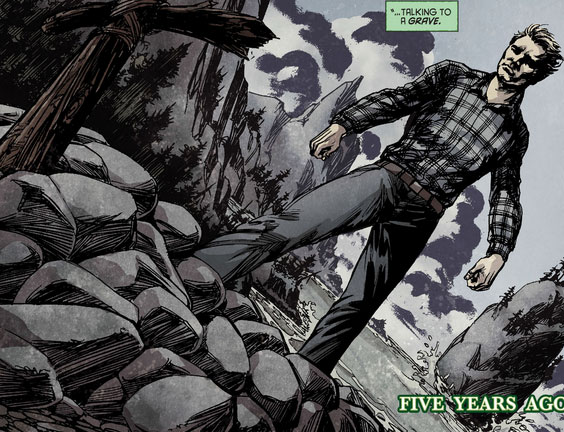 The art for this issue was also a big disappointment. All the faces were shaded in for a dark tone, but you couldn’t actually see any of their features on their faces. Thea and Laurel looked like the same person. At least they weren’t in the issue. So, it did not make a huge difference. But if you can’t tell them apart in the upcoming issues that can provide a problem for the series.

I was very excited for this issue, but after reading the story all my expectations were let down. The art needs improvement, and they need to make the readers interested. People are not going to spend money to read what they already watch on television for free. I am going to give the next issue a try, but if it does not improve I think I am going to drop this series. Don’t pick up this issue!