Ash and the Army of Darkness #1 Review: The Sequel That Delivers

Hail to the king, baby.  That’s right, Ash Williams is back, and this time it’s in a direct sequel to Sam Raimi’s horror classic, Army of Darkness.  And when I say direct, I mean direct; it opens precisely where the original left off, in S-Mart, amidst chaos that only the evilest of dead could concoct.  With his signature brand of humor, wry and with foolish glory, Ash and his boomstick do battle with darkness once again. 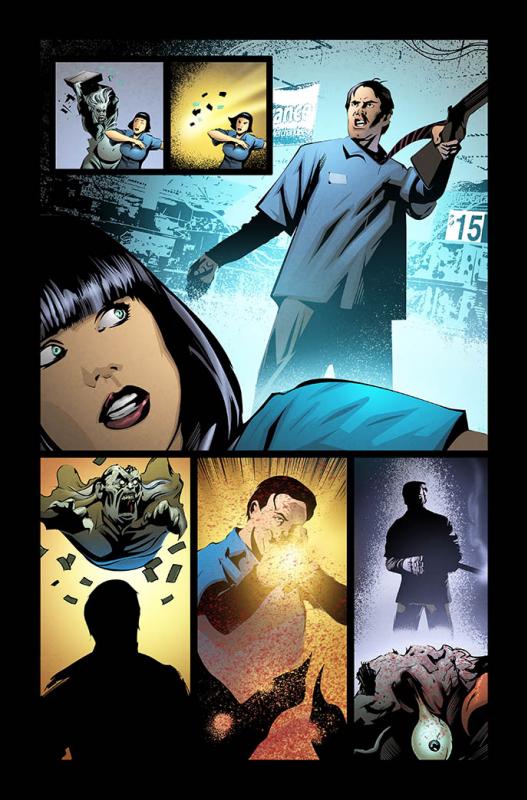 Ash and the Army of Darkness isn’t the first comic to attempt an original sequel to the film’s narrative, but it is arguably the most successful.  The first was Army of Darkness: Ashes 2 Ashes (2004), which, through the illustration, effectively turned the story into an adult cartoon.  For similar reasons, it didn’t feel like part of the franchise.  Sure, the films are campy too, but the cover of Ashes 2 Ashes (pictured below) is a good example of campiness way overdone.  It just wasn't Army of Darkness.  This one is, and it’s exciting. 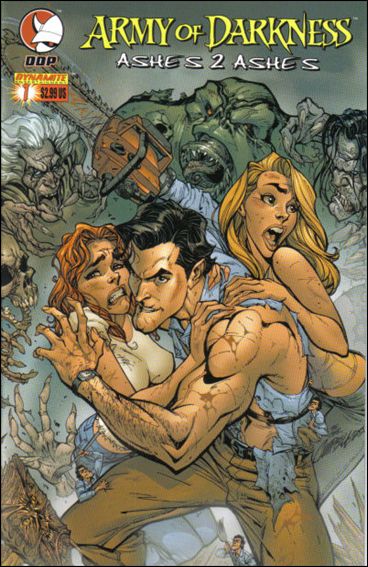 What exactly do I mean?  Well, roughly the first half of the issue is a slightly extended version of the final moments of the original Army of Darkness, right down to the dialogue.  Being that much of what goes on is straight from the screen, it’s as close to watching the movie as you’re going to get without actually watching it.  To remain consistent, Steve Niles and the rest of the creative are going to have to write as if Sam and Ivan Raimi are looking over their shoulders.  It’s a challenge, but I think they’re up to it. 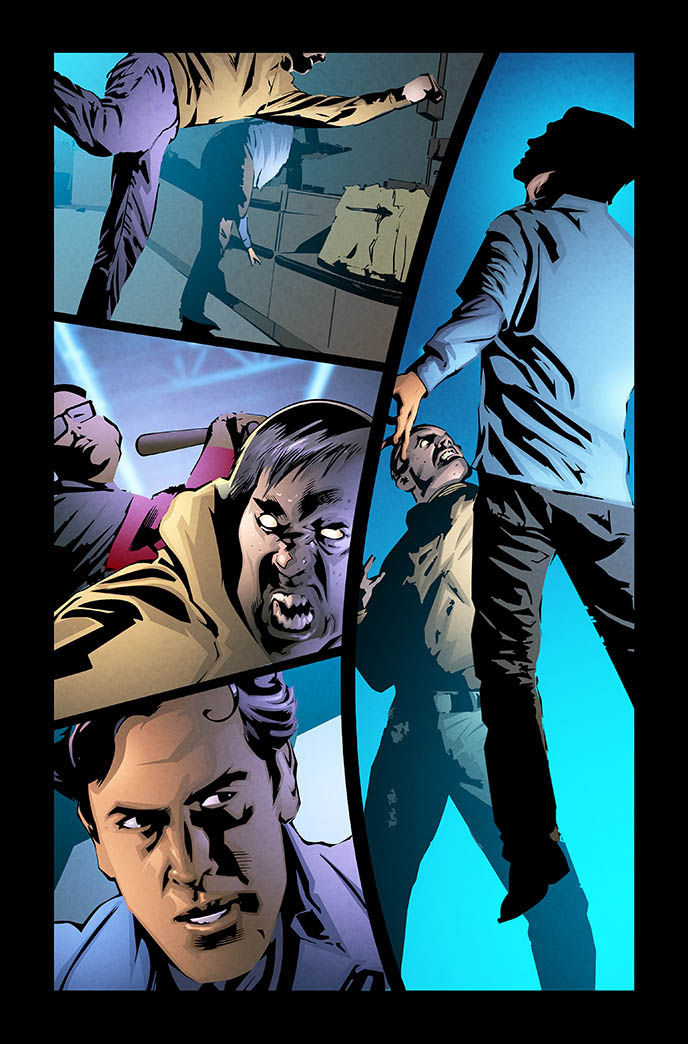 After all, they have already showed me that they are capable.  The direction of the story, in accordance with the film it’s following, is nothing short of logical—I don’t mean logical within reality, of course, but within that over-the-top universe made up of time traveling, chainsaw hands, and evil fleshy books—Ash, a loser in his own time, soon discovers that an old ally has resurrected evil and that the book of the dead, once again, must be stopped. 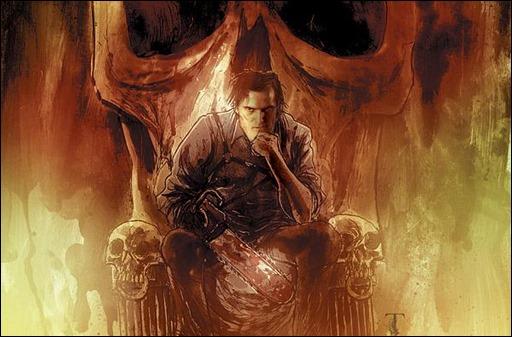 Steve Niles, the writer, is an icon within the horror genre.  His most notable work, 30 Days of Night, was adapted to film, and he co wrote the screenplay.  He is also a credited writer for the video game, F.E.A.R. 3, which I believe displays his versatility between multiple mediums, a skill that’s required if you’re to take on a project like this one.   I’m extremely pleased with how he has managed to remain true to the original, retain Ash’s signature quips, and still take the story in a new direction.  Steve Niles is certainly the man for the job.

And it would be impossible to credit this comic’s authenticity—that is, the degree at which this sequel remains consistent with the films—without praising Dennis Calero’s artwork.  Ash comes about as close to looking like Bruce Campbell, the human being, as you can get in a comic book, and he’s not the only recurring character.  My only issue is that in some parts of the battle scenes, it’s difficult to discern exactly what’s happening.  However, I can forgive that, as what’s rendered is chaos, and that much is exceedingly clear. 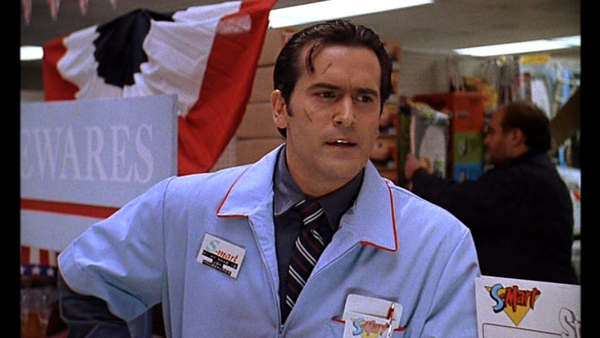 Yes, I know, earlier this year Sam Raimi and Bruce Campbell both alleged that a sequel (movie) is in the works.  If Ash and the Army of Darkness is to play any part in it, I’m unsure.  Having waited over twenty years to do this, I can surmise that a time jump might be in the cards, as Bruce Campbell hasn’t gotten any younger.  Luckily for us, comic books are timeless.  Steve Niles has created the direct sequel that never was, and it’s off to a great start.