A few months ago Aspen announced that it was going digital. I know people are tired of the digital discussion, but it's important to the future of comics. Well Aspen has announced that its now on, not one, but two different platforms and one of them being our personal favorite around the digital news room here at Player Affinity.

The first platform is iVerse, which caught a lot of early adaptors to the digital platform. Aspen will also be participating in iVerse and Diamond's Digital retailer incentive program that launched earlier this year. Here's a blurb from Aspen themselves:

“Aspen is extremely pleased to be partnering up with iVerse Media to bring our growing library of titles to their awesome platform, “said Aspen Editor-In-Chief Vince Hernandez.  “We look forward to providing brand new as well as popular existing Aspen content for their customers, who can expect the same level of quality we’re known for on all our future digital releases with iVerse.” 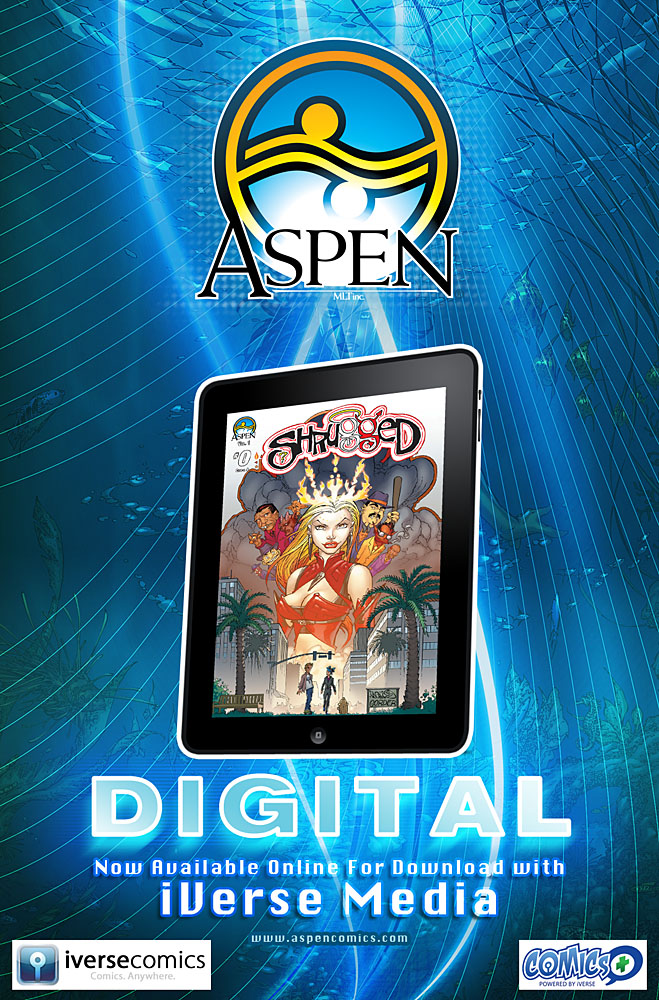 Here are the books that are available from iVerse and Aspen right now!

Titles are available now in the Comics + Application for iOS.  For more information visit: http://comicspl.us

The next bit of digital Aspen news is that they've also partnered up with Graphicly which If you've been checking out our reviews, you may have noticed their nifty widget at the bottom of several of our reviews. Now you're probably expecting the same batch of books, but you're wrong... they have more titles! So you can get everything above, but you can also get their flagship Michael Turner books Soul Fire and Fathom!

Graphicly is teaming up with Aspen Comics this summer to bring the publishers’ growing catalogue of books to their impressive digital platform. Aspen will be releasing an initial wave of different titles on the Graphicly app, highlighted by the first volumes of both of their two popular flagship series: Michael Turner’s Fathom and Soulfire.

“We can’t think of a better way to kick off summer than by bringing Aspen Comics to Graphicly,” said Micah Baldwin, CEO of Graphicly. “We’re stoked to bring such an expansive library like the one Aspen Comics has to offer, and make it even easier for Aspen and their creators to connect with their fans”

The full list of Aspen titles available in the first wave includes single issues and complete volume sets of the following popular series:

Titles are available now on Graphicly.com as well as through the Graphicly applications for the Apple iPhone, iPad and Android devices.

It's been a while since Lady Mechanika has been seen which surprised some comic fans I'm sure. After all the zero issue sold out and went back for more and it received decent review from us here on Player Affinity (here and here). Well fans and retailers weren't the only ones aware of the delay.

“The encouragement for the next issue of Lady Mechanika, and the patience of both the fans and retailers in this regard cannot be understated. We’re so thankful that everyone understood that the situation for the delay was unplanned and definitely unintended. We’re well aware of the importance of delivering the series on time and apologize for any inconvenience caused by the delay. But, we’re also thrilled to be able to provide, in our opinion, an amazing issue #2 that we are extremely proud of, and I think that people will really be pleased with the final product.”

Well guess what? We've read the second issue and even though parts of it are a bit chatty I have to say I enjoyed it. The art is killer and it's great to see a writer/artist creator owned book on the market of such high quality. The book will be out July 13th, but you can expect a review much sooner than that... like later today probably. Until then you get to check out the awesome covers, so enjoy! 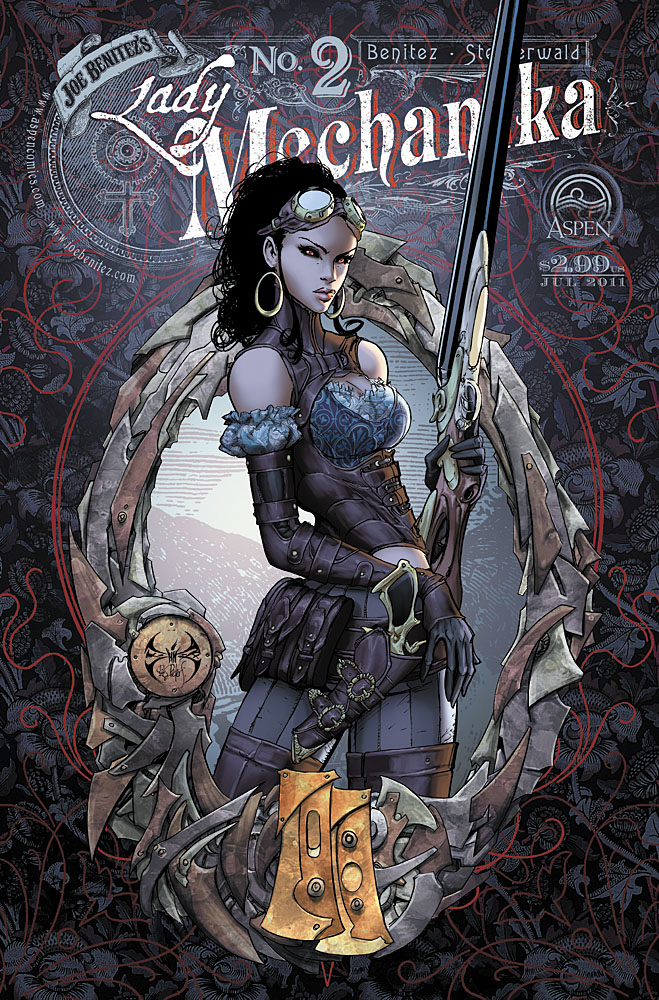 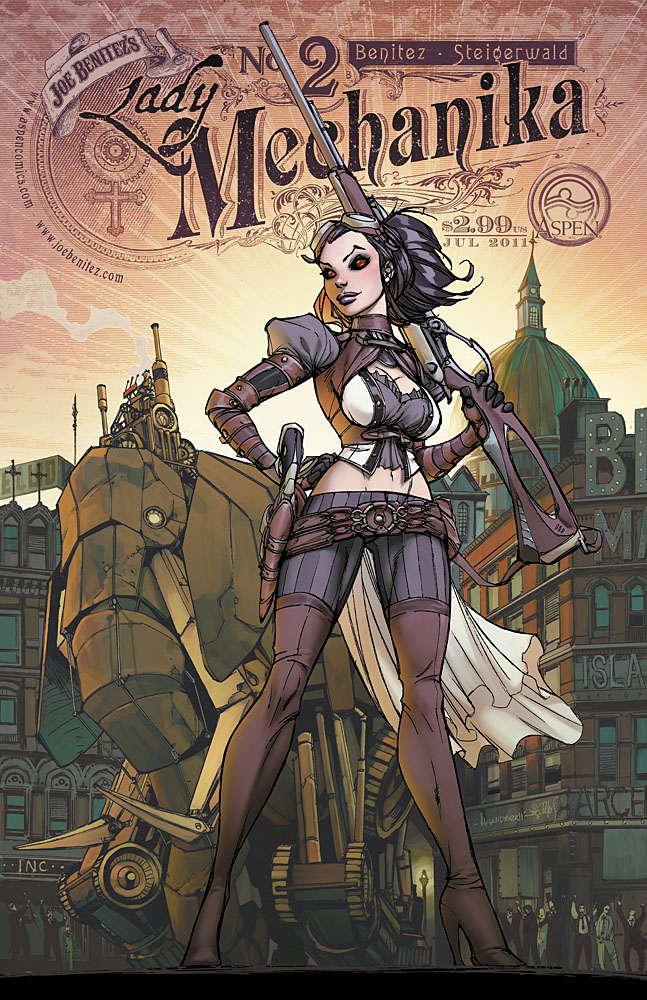