By: Justin Moody | Comic Reviews | May 26, 2010
The Avengers restart after the events of The Siege. At the beginning of the story is set on the future, we see a group of "heroes" looking at a defeated villain named Immortus. Immortus, is a time traveling villain and has just lost a fight against the unknown group. He promises the unknown team that he will watch them die for what they have done to him. After this threat, Immortus disappears and we are shown who these heroes are. The unknown heroes are offspring of the current The Avengers. As the first two pages end, we are introduced to the present day with Steve Rogers. The former Captain America states that the world needs The Avengers now more than ever. The president has asked Steve Rogers what the world need, his answer is The Avengers

The Avengers team that Steve is building consists of a mixture of founding Avengers, New Avengers, Young Avengers, and reserved Avengers. Out of all the recruits that Steve has gotten, only Wonder Man is the only person reluctant to join the team. Wonder Man feels The Avengers are tied into all the recent catastrophes, so he refuses to join. The team that is constructed in this book varies, there's heroes that are either becoming really popular in the Marvel universe and some well known characters from their own series. Each member of this new team brings good and interesting elements to the team. 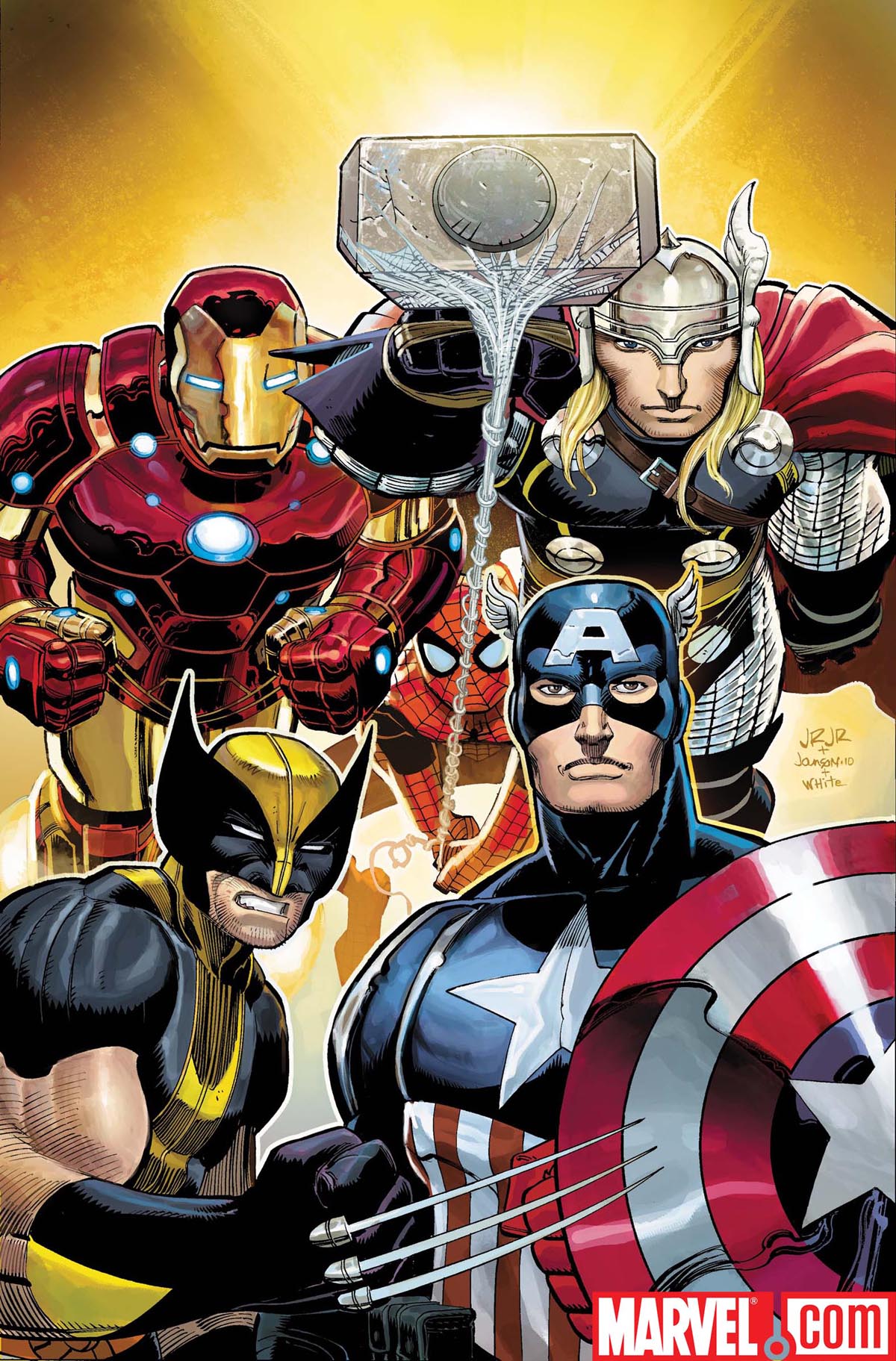 The team meets in Avengers Tower. Steve gives a brief explanation why they were chosen and what he expects from them. They even have a new team leader. Steve chooses Maria Hill as the leader of the Avengers a move that makes Tony Stark very happy. The introductions are cut short by an old face. Who is it? Well none other than Kang the Conqueror. The team starts to mount an attack on Kang but the fight quickly stops, he lets the Avengers know that he is not here for them. But he is only coming to them as a messenger. Kang tells The Avengers that the future is at stake. He goes on to tell them that civilization is destroyed by Ultron. Being that there are no more heroes around it is up to some of The Avengers children to take up the mantle. The future "Young Avenger" do indeed stop Ultron but at a price. Since there is no heroes around to teach the young heroes properly, the children of these super heroes are making some decision that are giving some terrible results. It's so bad that not even Kang could stop them. Kang tells The Avengers that it's up to them to try and solve this problem.

The Avengers new series has a interesting start. Bendis sets up a well rounded team. He basically cherry picks the best members of every Avenger team. The story is interesting enough to entice the reader to come back for the second issue. The dialog between characters is typical Bendis, he definitely knows how to write Spiderman. He gives Spidey some several lines that will make you laugh out loud. Tony Stark was probably one of the few characters that seemed inconsistent. If you read the Iron Man story line, Tony loses his memory, but for some reason in this book he seems to no gaps in his memory.

Overall I would say if you're a fan of The Avengers you will like this book. The Nostalgia factor oozes from this book. It's almost as if you're reading a classic avengers storyline. The art is not great but it does the job. It also plays to the classic comic book feel. The story starts off good, and the characters mesh real well together. And the fact that they are picked from all Avengers teams old and new; it will actually give a good interaction amongst them. The book is a decent startup to an old team.