This week the November solicits came out for Marvel, and if you look closely you will see that Avengers Arena will be coming to a close.

Issue #17
– “BOSS LEVEL” PART 4: THE FINAL FIGHTS RAGE ON!
• Up on Murder World Island, it’s the surviving contestants in an all-out battle royale! • Down in Arcade’s lair, it’s two other contestants vs. Arcade!

It seems that the writers have been planning the ending. So, does this mean that these character’s stories will continue in a new series without them trying to kill each other to death. What do you guys think? Will there be a new series? How do you think this series will end? Tell us in the comments below. 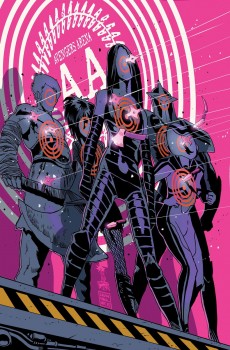