One of the reasons I picked up this series was to see if this was going to be a series just to try to make money because of the movie or if it was actually going to be a good Avengers series. I was also excited to see the Avengers movie so I wanted to get to see how this rooster would work in the 616 universe. (Regular Marvel Universe) 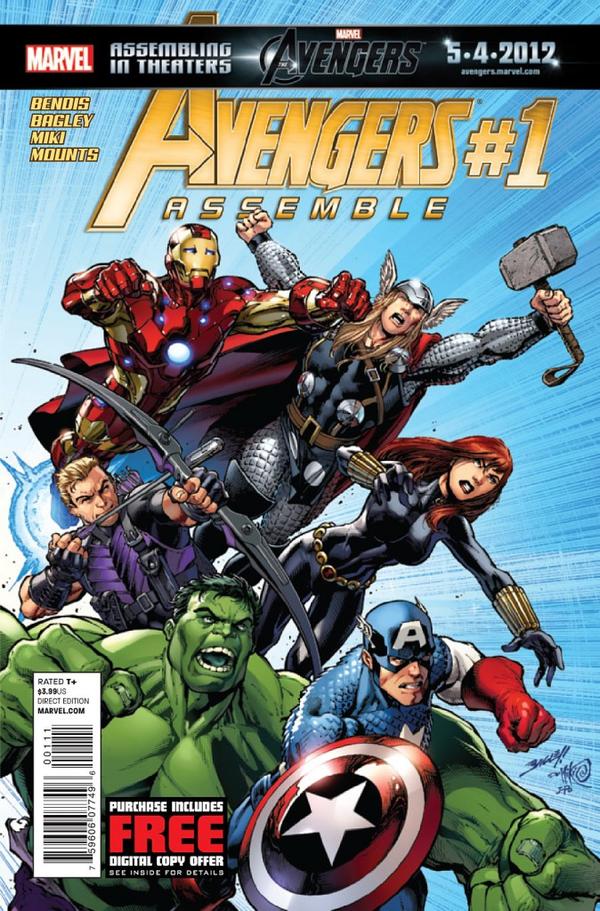 The story begins with Tony Stark building a new Avengers Tower, and all of New York being very happy to see the grand opening of the new building. The Avengers than go off to a mission and they find out they may be way over their heads. They go after a group of villains called the Zodiacs.

Like I said in the beginning of this review I was kind of excited to read this issue, but I was very disappointed with this issue. I felt like the story was not written very well. My fear of this being a book just to make money was true. It is a series just to put the rooster of the new movie in a new Avengers title. They did not even explain why they created this rooster or what type of team they were to the Avengers.

The only thing that was interesting in this issue was the Zodiac villains. They have potential to be good villains and have a good story arc. But I hope Brian Michael Bendis explains the villains back story a little more that way the story could get interesting for the next couple of issues.

I was also very disappointed with the art in this issue. It was very sketchy and did not help you enjoy the story. Maybe if the art was a little bit better I could of enjoyed this series a little bit more than I did.

I would say do not waste your money on this issue. It was not a good start for the series. I will probably not pick up the next issue because I did not really see any potential after reading the first issue.