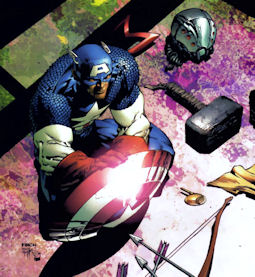 It's a strange realization for a lot of people to have, but Brian Michael Bendis has become one of the foremost writers in Avengers history. You're kidding yourself if you believe otherwise. Stan Lee, Roger Stern, Kurt Busiek. Try to compare any other writer's run to his. As controversial as Bendis' run may have been at times, there's no denying how substantial his run was, the popular success of it all and the storylines contained within that have become iconic pieces of Avengers lore.

Bendis began as an extremely unconventional choice to take over the Avengers. He was a writer known for not only a grounded take on superheroes but for writing primarily solo series. The crime noir sensibilities he brought to Daredevil and Alias were critically acclaimed, as was the slowly paced and character centric focus in Ultimate Spider-Man. These things earned him a major fan following, but they were hardly qualities anyone thought applied to the Avengers. The Avengers was about big casts of characters and big superhero action. Fans rarely saw the Avengers doing anything down on the street level, where Bendis had made a home for his writing thus far. A whole lot of skepticism met the announcement of Bendis as the new writer of it all.

Avengers Disassembled, Bendis' big debut, did little to combat all of the skepticism. The story was rushed and chaotic, trying to tell a larger story than Bendis had ever told before in fewer issues than he would usually commit to less ambitious story arcs. The status quo of the Avengers was destroyed and a few prominent Avengers went with it. Ant Man, Hawkeye and Vision were killed. The Scarlet Witch became the villain. It all culminating with the Avengers disbanding. This left some with the impression that, on top of everything else, Bendis lacked respect or appreciation for what the Avengers was. He'd later prove otherwise, but at the time, his debut was met with a lot of resentment from the fanbase.

All this made way for New Avengers. The reasoning behind the relaunch and new team didn't sit right with me at the time, and it honestly still doesn't years later. Bendis and others at Marvel have said New Avengers came from the belief that Avengers should be comprised of Marvel's top heroes much as DC's Justice League is. At first glance, that would seem reasonable enough. Earth's Mightiest Heroes, right? But that assumes the Marvel Universe is the same as the DC Universe. At Marvel, there was a disconnect between who their top heroes were to readers and who the top heroes were in the comic universe. The most popular characters -- arguably Spider-Man, Wolverine and the Hulk -- were the least popular heroes to the people of the Marvel Universe. That's why they were so popular. People love the underdogs and the outcasts. The reason these guys weren't usually counted among Earth's Mightiest Heroes was kind of obvious. That just wasn't who they were. Even after years of having Spider-Man and Wolverine as Avengers, it still feels like it goes against their grains. 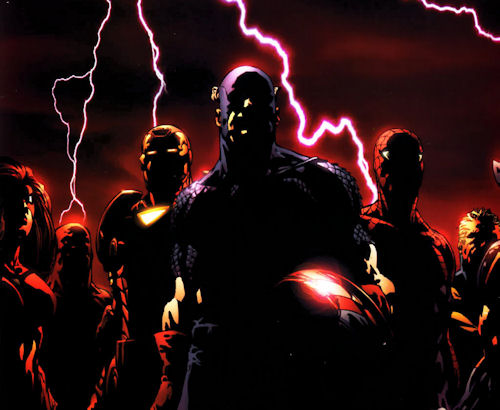 What also fed into the growing cynicism facing New Avengers was the perception of it being Bendis' All-Stars. Now, this wasn't an entirely unfair perception. Besides Captain America and Iron Man, New Avengers lacked characters whom readers commonly viewed as Avengers. In their absence were characters viewed as Bendis' favorites. Luke Cage was already becoming a common fixture of Bendis' Marvel books, and fans already recognized Bendis' man-crush on him. Spider-Woman was the character Bendis originally intended to use for Alias, and the character he created instead of using her, Jessica Jones, was also part of the New Avengers cast via Luke Cage. And of course, Spider-Man. There was also the very believable rumor that Daredevil was initially meant to join the team as Ronin rather than Echo.

Say what you want about Bendis' All-Stars, though. It stacked the deck in his favor by populating New Avengers with characters he had a particular affinity for writing, and that turned out to be an undeniable success. On top of that, he turned out to be an excellent Iron Man writer. 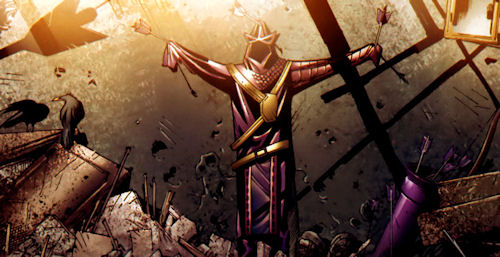 New Avengers' opening arc, Breakout, was a major improvement on Avengers Disassembled, showing that Bendis was already starting to learn the lessons he needed. With its six issue length, it managed to be action-packed while still having room for Bendis to show off how he could juggle the whole cast. Whole new character dynamics were introduced with one of the more popular being that between Luke Cage and Spider-Man. While there were skeptics who would never be won over, this did succeed in winning over some while bringing in a lot of new fans as well. It was an exciting debut that hit all the marks it needed.

Unfortunately, what followed was one of the weaker periods of Bendis' overall reign over the Avengers franchise. The book was both blessed and cursed with high profile artists. Great art was paired with issues not managing to come out on time, dragging out stories that some would critique as being too decompressed even if they were on schedule. This had the overall effect of draining momentum out of a series that was already feeling a bit like it was just spinning its wheels as it tried to decide where it wanted to go.

The decision to include the Sentry in the New Avengers was just another thing to add to its pile of controversies. It was Paul Jenkins who delivered to us the idea that the Marvel Universe secretly had its own Superman, and in true Marvel fashion, that Superman was so deeply flawed that there was good reason he disappeared into obscurity. The limited series was generally well regarded, but many were also happy to regard it as something outside of continuity. Much of what Jenkins did with the Sentry was founded upon the character badly overshadowing Marvel's regular heroes, which was not something many welcomed seeing happen in the Marvel Universe at large. Bendis' take on the Sentry proved to be rather different from Jenkins, though he wouldn't really pull the trigger on that until later. This left the Sentry awkwardly drifting in the periphery of things early on. 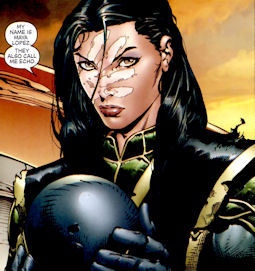 Then, there was the Ronin debacle. I actually quite liked the idea of Ronin as this floating, temporary identity for superheroes on the outs. It's not one of Bendis' Avengers ideas that has managed to endure, but it had potential. However, it was a rough road for this concept. Marvel began hyping Ronin before the costume design was even finalized, leading to some weird promotional images early on with a Ronin who was unlike the Ronin we later ended up with. There was more. I don't know if this was ever confirmed, but the rumor at the time was that Ronin was meant to be Daredevil's way of joining the team without bringing his bad publicity along for the ride. Daredevil's prominent role in New Avengers' first story arc helped make this so believable. This surprise was either leaked early on or just plain figured out because it was rather obvious that Bendis wanted Matt Murdock in the book, so Marvel made a last minute change to Ronin's true identity. And gender. Hence, readers were treated to Ronin being anti-climatically unmasked as Echo. This was basically the face of a woman most readers didn't recognize that looked copied and pasted onto a man's body.

There's no talking about Bendis' early years with the Avengers without mentioning House of M. This was, after all, the same time as a new breed of big comic book events was rising. House of M was among the earliest. It wasn't just an extension what happened in Avengers Disassembled. It was also Bendis' second opportunity to go for a big, ambitious story. Unfortunately, it didn't work out much better than Avengers Disassembled did. Some of the same defects were present. It was rushed to production and therefore not fully thought out. But rather than being big story in too few issues, it was a big story with too many issues, exposing that it had a strong beginning and ending but not much going for it in between. It was also an event that misfired in a way, leaving huge consequences for the X-Men but very little for the Avengers, who spawned the story.

But it was also in these early years that seeds were planted that would grow into some of the defining and enduring elements of Bendis' time with the Avengers. Maria Hill began here, and she is now all over the place, including film and television. Spider-Woman was rescued from years of obscurity. This was the start of what has to be the most high profile era of Luke Cage's history. Avengers Tower now seems to rival Avengers Mansion as the preferred headquarters for the team. The idea of the Illuminati was first introduced this early on, and it is now about to become the premise of New Avengers. And you know, Skrulls. 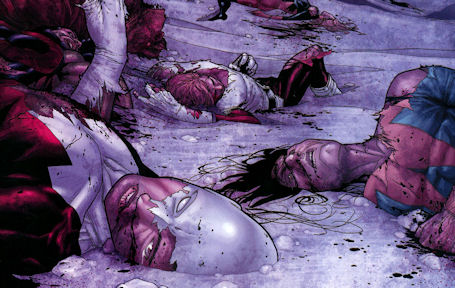 Bendis' first couple of years with the Avengers justified the skeptics and cynics who balked when his name first came up as the man to take over Earth's Mightiest Heroes. He was struggling to branch out from his street-level roots and to juggle the multiple perspectives of a team book. His stories were all over the place, giving the impression that he was experimenting and trying to figure things out for himself. And you know, he probably was doing exactly that.

These weren't signs that Marvel had made a mistake, though. These were growing pains. Bendis was out of his comfort zone, but he wasn't crawling back to it in retreat. He was adapting to the Avengers. He learned from what worked and what didn't. All he needed was something to help crystallize what he wanted to do and propel him forward with it.

That turned out to be Civil War.