It really is just the way of things that we usually feel that something either ends too early or goes on too long. We rarely recognize the moment something should end as it comes. It's really a hindsight sort of thing. And in hindsight, Siege probably should have been the end of Brian Michael Bendis' Avengers era.

Let me just say that the final leg of Bendis' run, the Heroic Age leg, was mostly hurt by factors that he can't fairly be blamed for. In story terms, the natural thing to have done after Siege was to have only one Avengers team. No more New Avengers, Dark Avengers, Mighty Avengers or Fruity Pebble Avengers. The reunification happened. It was time for just... the Avengers. But of course, Marvel wasn't going to fold up what had become their most successful franchise. Marvel wasn't about to let go of New Avengers, despite it no longer being new. 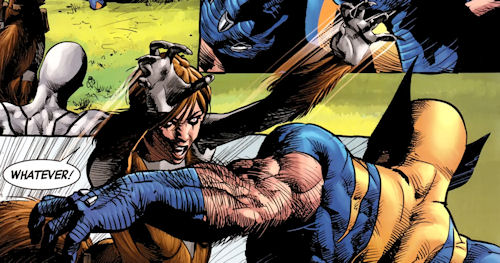 This put Bendis in the impossible position of relaunching both Avengers and New Avengers while giving it all some meaning. It was made more impossible by the Heroic Age being relatively meaningless compared to its Initiative and Dark Reign banner predecessors. I can't say I blame Bendis too much for not succeeding in pulling it off anyway. Instead of one unified Avengers team coming out of Siege, we got two indistinct teams with memberships that seemed chosen out of a hat. New Avengers was no longer about the renegades or the underdogs. It had the characters living in the mansion as the other Avengers team. There was no recognizable premise, and Bendis really didn't seem interested in reaching for one. Keep in mind that this all came after years of Bendis writing two Avengers books with their own unique purposes and story-driven momentum pushing them along. Now, the sense of energy and direction was gone.

So Marvel's decision to keep multiple Avengers titles cut the legs out from under things coming out of Siege. In theory, that could have been salvaged. It should have been. Unfortunately, Marvel wasn't done there when it came to tripping Bendis up on his final lap. There were also the events. It was around this point that Marvel's attitude toward events really changed. Yeah, events were frequent before this, but many of these events tended to grow out of stories writers were already doing. Secret Invasion, Siege, World War Hulk and others were stories blown up into larger scale events. Now, Marvel was moving fully into manufacturing events from scratch. Here came Fear Itself and Avengers vs. X-Men. To my mind, Fear Itself was a Michael Bay movie in comic form. Lots of fury and noise that lacked substance yet still managed to go on for way too long. As for Avengers vs. X-Men, that is hard to describe in polite terms. Consider is a cluster of something impolite. 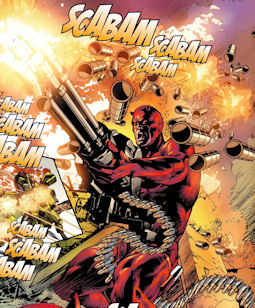 Think about this. Nearly a third of the issues Bendis wrote for these volumes of Avengers and New Avengers ended up being tie-in issues to cater to Fear Itself and Avengers vs. X-Men. It's a sizable chunk and twice that he had to drop everything to cater to outside stories. Once because Nazis and hammers were suddenly falling from the sky, and then again because the Avengers decided to be jerks to the X-Men. And in both cases, the events didn't have much meat to them for tie-in issues to latch onto. This led Bendis to write little character-centric stories with the events acting just as backdrops. Don't get me wrong, though. I actually enjoyed several of these character studies. Yet, they were far from productive.

A number of things in Avengers and New Avengers were never given the room to develop, partially due to these major interruptions by events. Wonder Man's nervous breakdown ended up going down in the span of just two Annuals. Noh-Varr was finally back in the spotlight, albeit lamely as the Protector, but nothing of substance ended up being done with him. The same can be said for Red Hulk. We barely got a taste of Mockingbird becoming a super soldier. And I don't think Jessica Jones ever actually became a superhero again before she and Luke Cage retired to be parents. Seriously, it's almost criminal that Jessica and Luke's big drama had to be bulldozed over by Avengers vs. X-Men for months.

Okay, so I am making excuses for Bendis and putting a lot of blame on Marvel management. Not all of it, though. There is still the matter of the stories Bendis chose to tell when he could, and they did a lot to feed into the impression that he may not have had much to say with the Avengers anymore. Rather than going forward, things went back to retread ground Bendis had just covered. We got the Hood using his wits to amass power and one of the Illuminati's decisions coming back to bite everyone. We got Norman Osborn, H.A.M.M.E.R. and the Dark Avengers. We got a fight over Sorcerer Supreme. Most of what wasn't an event tie-in read like Bendis was repeating himself.

In the end, Bendis wrapped his run up by doing something very few writers ever seem to care to do. He put the toys back. Avengers Mansion was back. Characters were resurrected. Some returned to their former status quos. He actually cleaned up after himself. Admittedly, it was all a little too tidy. Vision's return and Wonder Man's reversal were painfully unceremonious, and I also can't help but feel both were reverted too far less interesting states. But you know what? Sometimes, it's just really nice to see a writer actually give a crap about what might have to follow their runs.

Controversial as he was, Bendis did much more good than harm to the Avengers. He introduced enduring pieces of Avengers mythology like the Illuminati, the Dark Avengers and Avengers Tower. He cemented the status of notable Marvel characters like Dr. Strange, Spider-Woman and Luke Cage as Avengers. He pushed forward racial diversity with the elevation of Luke Cage as an Avenger and Brother Voodoo as the unfortunately short-lived Sorcerer Supreme and gender diversity with major roles for Ms. Marvel, Maria Hill, Spider-Woman, Mockingbird and Jessica Jones. He successfully mixed giving us new threats to the Avengers such as Norman Osborn, Sentry and the Hood with the old favorites like Loki, Ultron and Dr. Doom. It's a lot to respect.

I was asked somewhat recently what my favorite era of the Avengers was. For the record, my eventual answer was Bob Harras'. Operation: Galactic Storm, the Gatherers, the Brethren, Black Knight between Sersi and Crystal. ...Not the Crossing. But what surprised me as I considered my answer was just how long Bendis remained on the shrinking list of Avengers writers in my head. This was a guy many didn't believe would even be a decent Avengers writer. I certainly wasn't very optimistic about him early on, and I was still used to thinking of him as the "unlikely Avengers writer." Now, he was holding his own among my personal favorites. Even on a more objective level, I realized he had become one of the most important Avengers writer ever by virtue of the success and size of his run and did so to a degree that will be very difficult for future writers to rival.

Hey, Bendis. No pressure with the X-Men now.