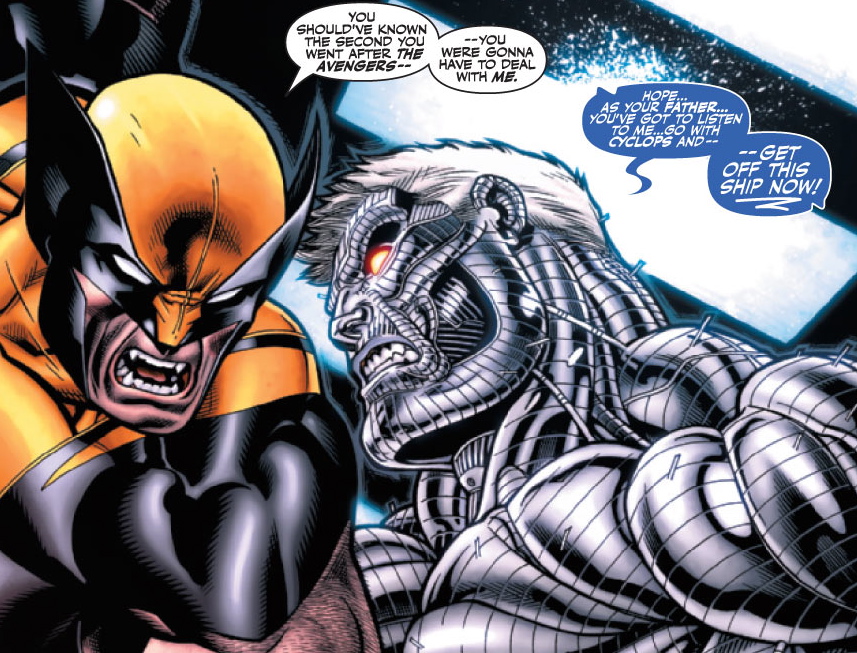 I thought the cover was better than other covers for this mini series. Throughout this series I have not been really impressed with the art. So, I am glad was okay for the cover. One thing I thought was weird was that Wolverine and Spider-man were in their different version costumes. Even thought they did not use these costumes in the story. So, I thought that was kind of misleading.

In this issue Cable still wants to terminate the Avengers because he believes in the future they will try to kill his daughter, Hope. Wolverine and Spider-man come to the rescue for aid of the Avengers, but Cable will not back down without a fight.

I thought this issue was better than other issues in this mini series. At least there was some 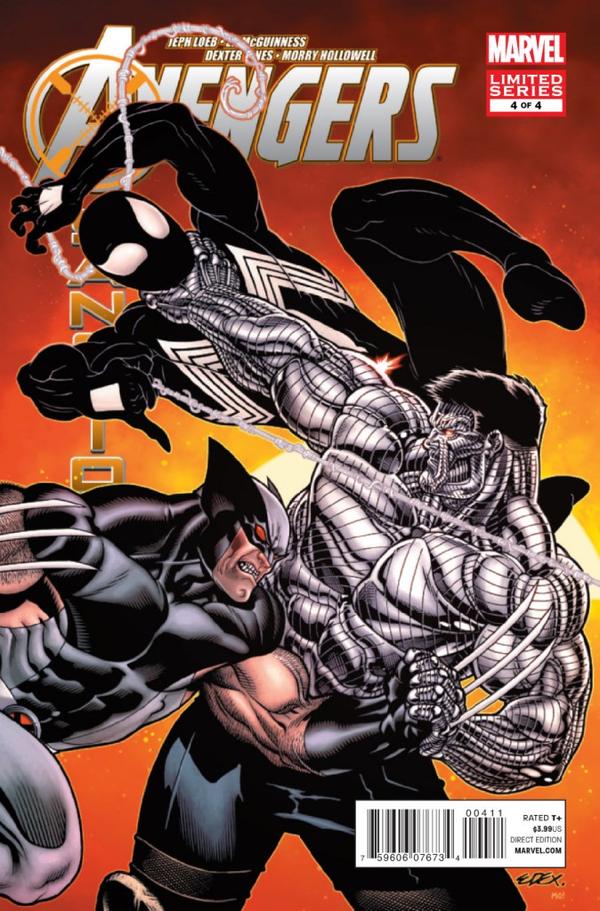 story in this issue because in all of the other issues there was only mean less fighting.  There was some fighting in this issue, but it was mostly about Cable’s techno virus and Cable’s relationship with Hope, which I thought they should of focused on more throughout the whole series.

Even though this issue was a lot better than the ones in the past it also had its faults. I thought the end was very confusing. We are not completely sure if Cable is alive or not. I wish they could of made Cable’s status a little bit more clear. This really disappointed me because I felt like this whole series was about Cable’s return and now we don’t know if Cable has made a full return.

I still thought this was a good lead up to Avengers Vs. X-men. It makes me a little bit more excited for the story arc than I was before I read the series. I am still not sure if I will follow the whole event, but I will read an issue and see if I like the story.

The art for this issue was a lot better than the art in the past issues of this mini series. I could actually tolerate the art and enjoy the story because they improved on the art a little bit. I am very glad that it improved for the last issue of the series.

I would say pick up this issue. Even thought it had some faults. It was a still a good read and worth to pick to up. Especially if you are excited for Avengers Vs. X-men and you want to see a little bit of a prelude for the story. If you have been following the whole mini series this was the better issue out of all of them.