From the creators of the much acclaimed cult hits Tiny Titans and Superman Family Adventures, along with the ever esteemed Dark Horse Comics comes something that has come at quite a shock to the fan-bases of both. Now that is not to imply that what has been announced at the recent C2E2 2013 is a bad shock, though it can be said to be quite out of left-field. For it seems that Aw Yeah Comics is bringing it’s touch for creating fun all-ages comics to one of the Dark Horse’s premiere lines – that’s right: Hellboy.

Art Baltazar and Franco Aurelani are teaming up with Mike Mignola to bring fans of the dark and fun alike: Itty Bitty Hellboy! A three issue miniseries that riffs on the main overall adventures of original series with Hellboy and the B.R.P.D. tracking down the ever so evil Rasputin. The series kicks off with Itty Bitty Hellboy #1 on August 28 and the first two promotional images being released as well and showcased below. 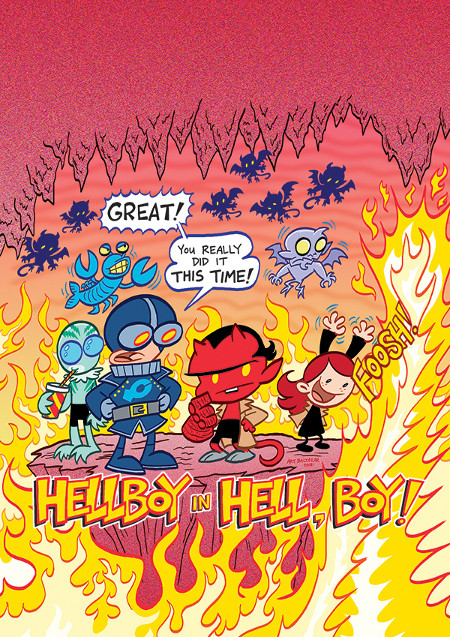 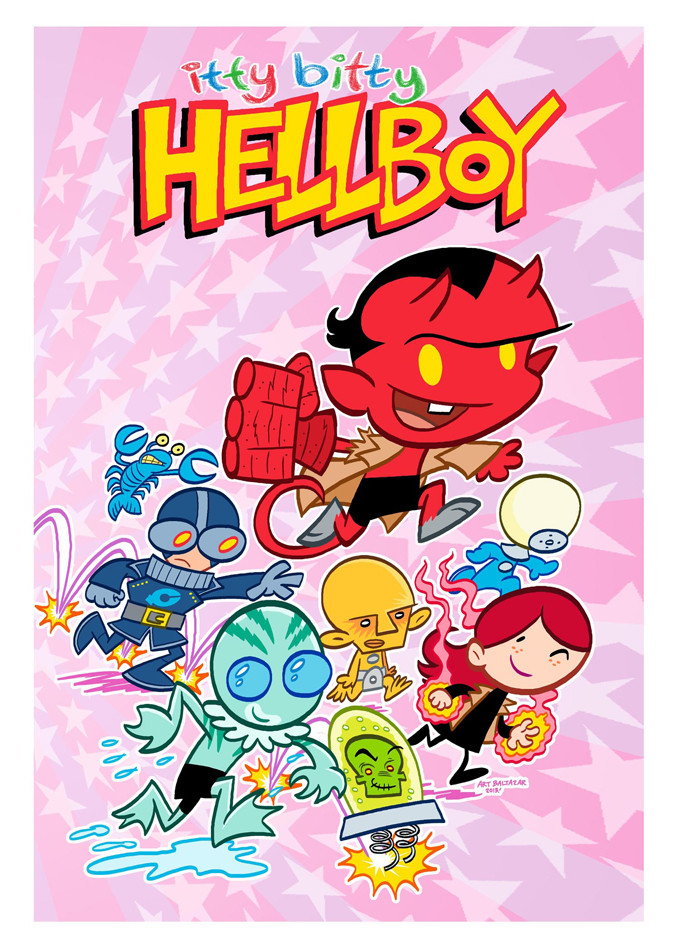 Thoughts on this development? Don’t forget to comment with your opinions.