Baltimore: The Plague Ships Sells Out

In another amazing show of demand for Dark Horse Comics, Baltimore: The Plague Ships has completely sold out of its entire first printing!

A second printing is fast on its way! This phenomenal hardcover collects issues #1-#5 of the miniseries and features an extensive sketchbook section.

Written by masters of macabre Mike Mignola & Christopher Golden, this is a book not to be missed!

About The Plague Ships:  After a devastating plague ends World War I, Europe is suddenly flooded with vampires. Lord Henry Baltimore, a soldier determined to wipe out the monsters, fights his way through bloody battlefields, ruined plague ships, exploding zeppelins, and submarine graveyards, on the hunt for the creature who’s become his obsession.

Hurry now to your local comics retailer and grab a 1st edition before they’re gone for good!
Also, Baltimore: The Curse Bells #1 will be released August 10th, keep a look out! 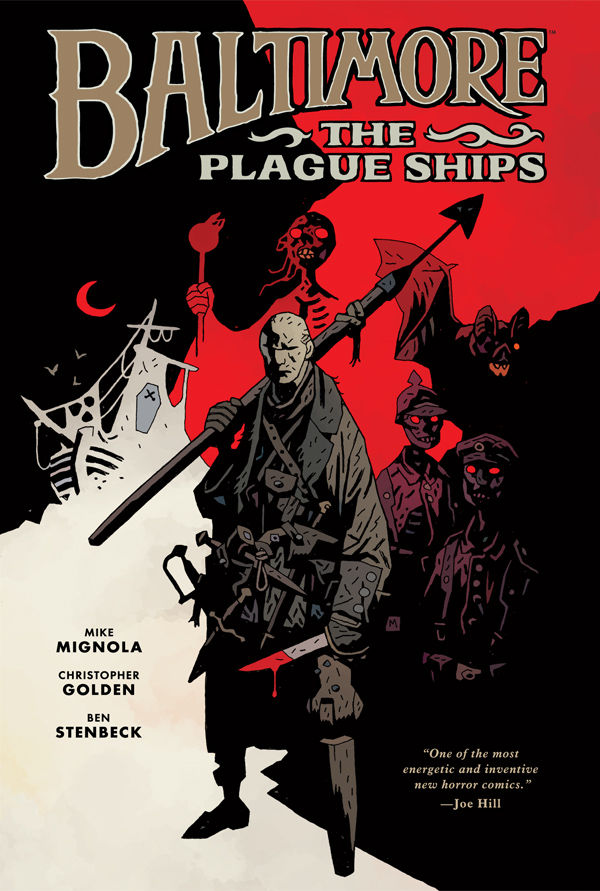