Banshee – Always a Cowboy Review: A Lesson in Power

As the penultimate episode for the season, “Always a Cowboy” was a good stepping stone and set up for the season finale. The chess pieces have been moved to their pertinent places: Rabbit has made his way to Banshee and taken Max; Carrie’s secrets have been unraveled; Lucas has aligned himself with Kai Proctor in order to deal with Rabbit and has vowed to kill him; tensions were heightened between Alex Longshadow and Proctor; the FBI has been put in charge of the kidnapping case; and the cliffhanger-y way the episode ends suggests that Rabbit’s thugs are in prime position to get rid of Lucas. No doubt Lucas will manage to escape that situation somehow, and will end up in a confrontation with Rabbit, which is what the show has been leading to the entire season.

Being that that this was a kind of set up episode, establishing plot points and details that will be either partially resolved in the season finale or become major storylines in the second season, it was still a rather entertaining installment. Not much advancement in the narrative, but enough plot development to keep the audience interested in the events happening as well as build anticipation for the next episode.

I mean, come on, watching Carrie run around an elementary school like a crazed maniac searching for her son is pretty freaking entertaining. Again, some of the events that take place in this show are so over the top and ridiculous that one just has to accept it, take it in with a grain of salt and just enjoy the pulpy goodness. So, in the completely heightened world of the show it is totally acceptable that a person who just experienced near death injuries is able to frantically move around and do all the things Carrie did. Rabbit is able to stealthily enter any kind of building or institution and carry out his malevolent deeds. Seriously, what kind of security did that school have and did the FBI really think it was a good idea not to have any security at the Hopewell’s home? The fact that he seemingly can enter any room or area, so effortlessly imparts in him an invincible quality, he is always a step ahead of his opponent and in control. Certainly in this episode he is the one pulling all the strings and the rest of the characters are just reacting to his actions. 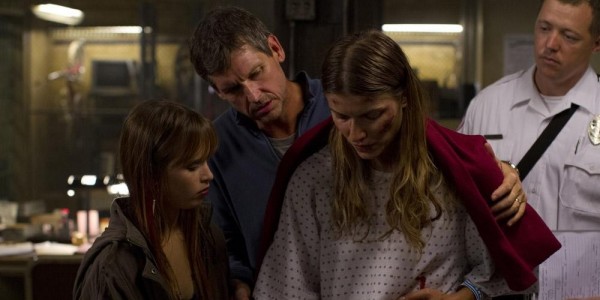 Rabbit’s exploits are becoming increasingly malicious and emotional as time goes on. There is not a lot of logic or thought behind his choices, which raises the questions of why he is going through all this trouble for and what is his reasoning behind all this. All season long we have been told that he has been searching for his daughter for fifteen years, he seeks revenge for her betrayal and we believe he wants to kill her for her transgression. Instead when he finally arrives at Banshee, he doesn’t just attempt to kill Carrie and Lucas, but manifests an elaborate kidnapping for reasons known to him.

Initially, I was just put off by the whole kidnapping thing, it just seemed too on the nose and repetitive. We’ve already seen this kind of situation with Deva in the high school. Also, it appeared to be a ploy to portray Rabbit as a completely one-dimensional villain. But as the episode went on, we started getting tiny glimpses into a kind of emotional inner part of Rabbit’s psyche. Little moments like him staring at old pictures, or him showing some unexpected emotion. Then there was the scene with him in the Hopewell’s home. He became this unhinged, emotional wreck of a man who has ben severely damaged by his past. He feels so betrayed by Carrie that he wants her to feel the same pain he did for fifteen years. So in a twisted way to get revenge, he goes on to emotionally torture her by taking her child from her, he taunts her with the truth, with her past, etc. He is sickly enjoying his daughter’s emotional anguish and suffering. I am curious to see what his end game is, though. 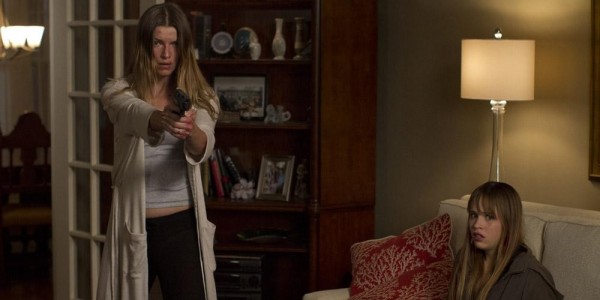 It will be interesting to see if Rabbit and Proctor will meet and antagonize each other. Lucas has already asked for Proctor’s help, and he seems like a formidable opponent to Rabbit. Like Rabbit, Proctor is always one step ahead of his opponent, we have seen him manipulate situations to his advantage throughout the season and in this episode we see him work his magic with Alex Longshadow at the construction site. While Alex is not willing to just roll over and let Proctor do what he wants, like his dad did, I don’t see how he will manage to get one up over Proctor and essentially win their battle. I find myself almost rooting for Kai in scenes like these because he is such a compelling character, even though he is clearly a bad guy, and am enjoying the mentoring role he has taken on with Rebecca.

What held this episode together thematically was the idea of power and authority. Power dynamics within Banshee are fluid, they are always changing and transforming. Much of the show up till now has had Lucas in a position of almost ultimate power, as the sheriff of Banshee he was able to get away with things that he normally could not. The fact that he was able to take Carrie into a hospital and be able to avoid answering many questions is a perfect example of his abuse of power. In this episode we see his power taken away from him as the FBI steps in and takes over the investigation. In his weakened position he is forced to go to Proctor for help. Proctor has a kind of dominion over much of Banshee and has valuable influence and resources, which lure in Lucas, who has no choice but to make a deal with the devil. With this agreement, Proctor will have some authority over Lucas in the future, as Lucas said he will “owe him one.”

Maybe Proctor will later use Lucas to fight against the Longshadows. Right now, at this point of the story, the power belongs to Rabbit and he is in complete control. He has gained the upper hand on both Carrie and Lucas and even the FBI doesn’t seem capable of messing with his plan. But being in such a dominant position could prove to be precarious, and with just one episode left in the season there is nowhere to go but down. How Rabbit’s demise will take place is entirely up in the air. Will we get to see Lucas come out victorious, or will there be a cliffhanger and we’ll have to wait until the next season? There is a wealth of possibilities that can be exploited and I am definitely interested in how the writers conclude the action-packed season. 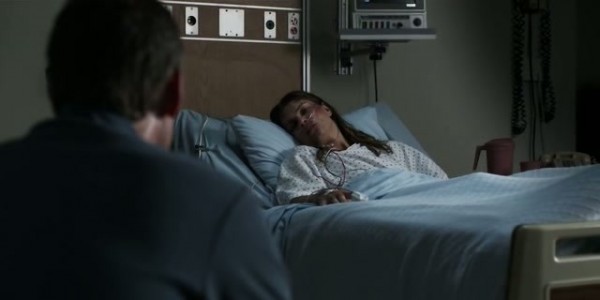 - Sometimes I get the feeling that the show is trying to be something more than just a straight up pulp fiction kind of guilty pleasure program, the inclusion of subjective dream sequences, while visually and stylistically interesting, feel like a way for the writers to add meaning to the wacky developments of the show, which is not necessary. Just let it be what it is.

- Job is so great; I want him around more often. His “Oh snap!” t-shirt was perfection.

- I’m still getting creepy, incest-y vibes from Proctor, I really hope they don’t go there.

- What is with the uncannily shipper school nurse? Carrie is obviously a deeply disturbed woman when she gets to the school and the way people reacted to her was weirdly nonchalant, she’s is bleeding out wearing a hospital gown, people this doesn’t happen everyday.

- Who knew Carrie’s secrets would unravel so quickly after Lucas’s arrival at Banshee? At the beginning of the series it felt like these secrets would remain dormant for the run of the show and would be gradually revealed or stay hidden till the very end. Seeing as there is no certainty that shows will have great longevity and the number of seasons a show will have is unknown, it was a good decision to reveal everything in the first season and not try to hold up a mystery from the audience and the characters. This also adds a sense of excitement for the next season. Where will they go from here now that Carrie’s family knows the truth?