Batman is the best series out of the new 52, and hopefully we can all agree on that. The second issue is just as good as the first, and offers up a decent amount of answers while posing some new ones. Last issue we see that Dick Grayson’s DNA was under the finger nails of the corpse found by the authorities. Did Dick kill the man? No, obviously not, and we find out what really happened early in this issue. It’s a cool scene between Bats and Nightwing, and Snyder does a good job of showing the relationship these two characters have with each other.

Though in terms of bromances in this issue, nothing compares to the conversation between mayor candidate Lincoln and Bruce at the top of Wayne Tower. It was well written, though I thought at any moment they were going to start making out, each speaking softly about how great the other was, with hands resting on shoulders and plenty of smiles. And then the Court of Owls guy comes in and ruins the moment. Lincoln recognizes the assassin immediately, though Bruce makes the move. Snyder takes the time to have Bruce explain in inner monologue that he needs to make it look like he’s getting in lucky shots, to avoid his identity being exposed. While I appreciated it, I doubt anyone would say, “Oh snap, this guy can fight. Must be Batman!” but I suppose I can see where Bruce is coming from. Better safe than sorry. Soon he realizes however that restraint will get him nowhere, and a few blows later both men are tumbling through the window to their death. Quite a dill of a pickle for Mr. Wayne. 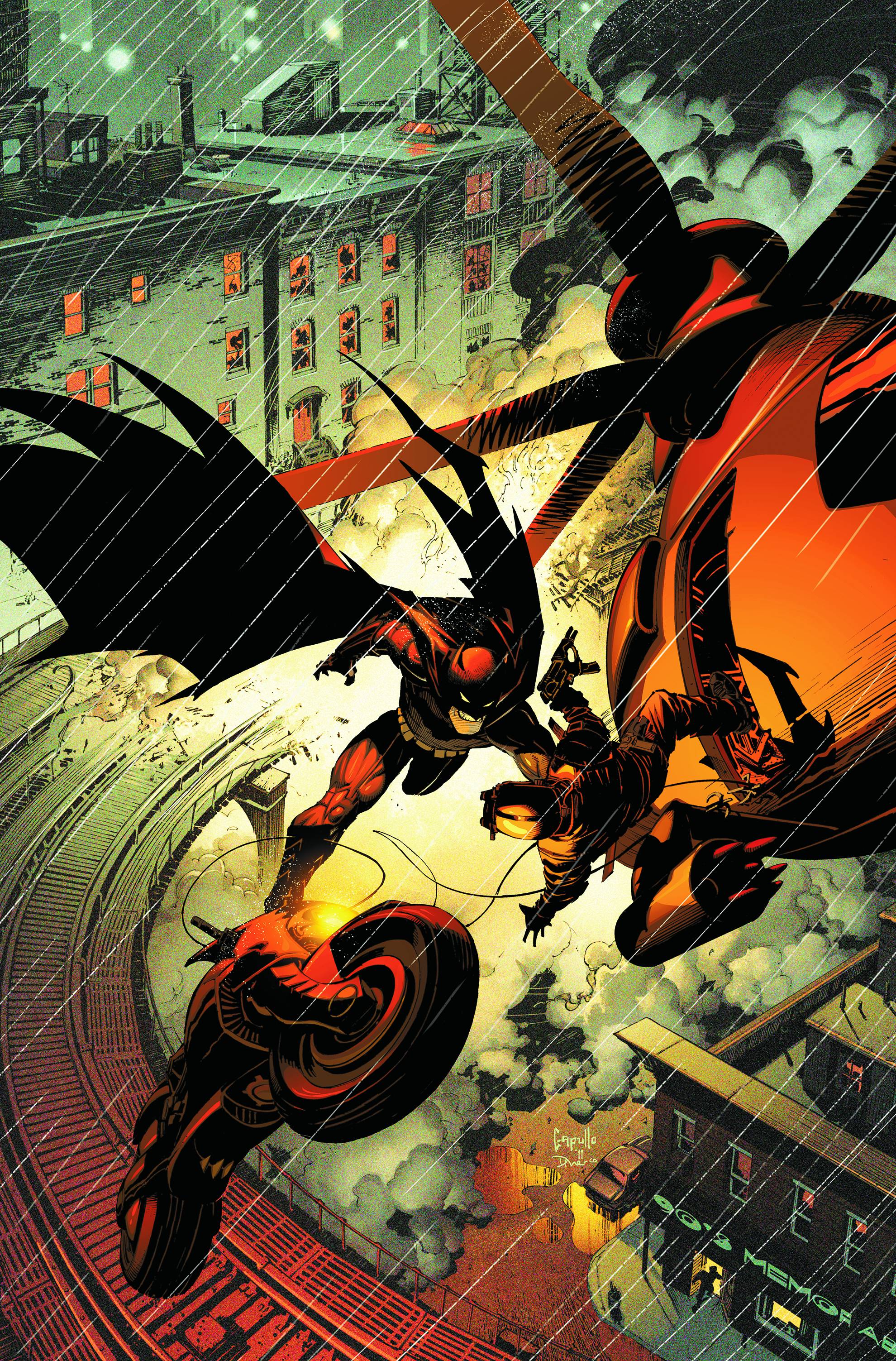 This series has an incredible team behind it. Scott Snyder is a hell of a writer, and Greg Capullo really knows how to make Gotham and its characters pop in darkness. The noir feel returns in the second issue, with Batman giving inner narration throughout, though Snyder keeps the clichés to a minimum as he always does. If you didn’t like the art or writing in the first issue, don’t expect to like it now. But how could you not? It’s classic Batman.

There is a lot to get you excited about this series here. The Court of Owls is still a mystery, though we finally see a member in action. Apparently, Bruce’s strong stance that the Court does not exist may be a little off. But, he’s the World’s Greatest Detective, I’m sure he’ll figure it out soon.