The latest Batman focuses on an interesting premise regarding someone that hasn’t been seen around the DCU lately: Two-Face. In issue #710, writer Tony Daniel decides to take away that which makes the rogue tick... his coin. Throughout the character’s career of tormenting Gotham, Two-Face’s coin has made most if not all of his decisions for him. It's sometimes rocky and its focus may wander, but the return of Two Face is not without some great moments.

The idea of Dent without his coin was explored once before by writer Grant Morrison, when Arkham wards took away his coin and replaced it with a deck of cards. Without the coin, he couldn’t even decide whether or not to go to the bathroom. Now he’s out of Arkham and the coin is lost entirely. It goes without saying that Two-Face is displeased and his murderous rampage across Gotham is evidence of his psychotic need for the coin. Though this has happened before, it’s really only present as a starting point, as the comic takes a few more turns before the hit-you-in-the-face final page. 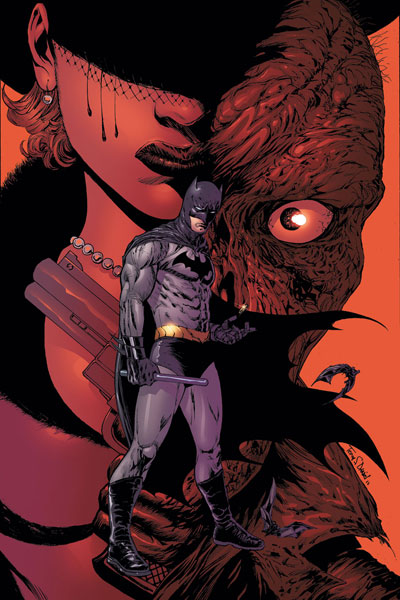 What’s interesting with this take on Two-Face is the lack of sympathy for the character. There has always been a slight empathy factor behind the actions of the former DA, a man who was on top but fell prey to the system he swore to defend. Here, Daniel has him killing cops without mercy. There’s no coin to flip meaining no 50-50 chance of survival. I would have liked to see a little more sympathetic desperation as opposed to blatant rampaging, but the entertainment factor is certainly present. Daniel also brings back Dent’s wife, Gilda, as well as the Falcone crime family made famous for their role in Jeph Loeb’s Batman: Long Halloween. As Harvey held such a pivotal role with these characters in the past, it made sense that they would make the return with him as well.

Artist Steve Scott takes over on pencils for Daniel this issue and if his name wasn’t on the front cover it would be relatively hard to even tell a difference. That isn’t to say Scott’s art is derivative, it actually makes for a less jarring transition to the new arc. The character’s both pop off the page and fade into the dark shadows of Gotham, an important pattern found in Batman comics. 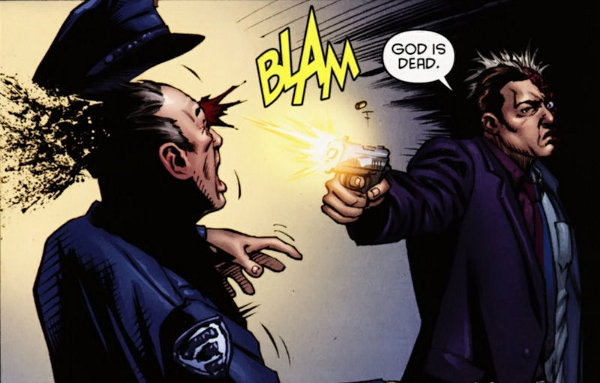 Daniel has started off this arc with a couple of literal bangs and has crafted a decent return for the famous coin flipper. If the unoriginal story doesn’t grab you, the last page should make picking up issue #711 a no brainer. I look forward to see where Daniel takes the story and I hope it does such an iconic villain as Two-Face justice.

Overall Score - 7.0/10
*It's not perfect, but Harvey Dent is back. Who cares? It’s a good start to what will hopefully be a great arc overall*