Batman books of the New 52 have been incredibly solid. Batman and Robin #1 was a good introduction to the relationship Damien and Bruce share and the dynamic of their adventures. The action was solid, and the pace was consistent. Unfortunately, issue #2 slumps a little in all departments, though that isn’t to say it wasn’t a good read.

The issue starts with Bruce and Alfred commenting on how talented and dangerous Damien has become. A nice double page spread of 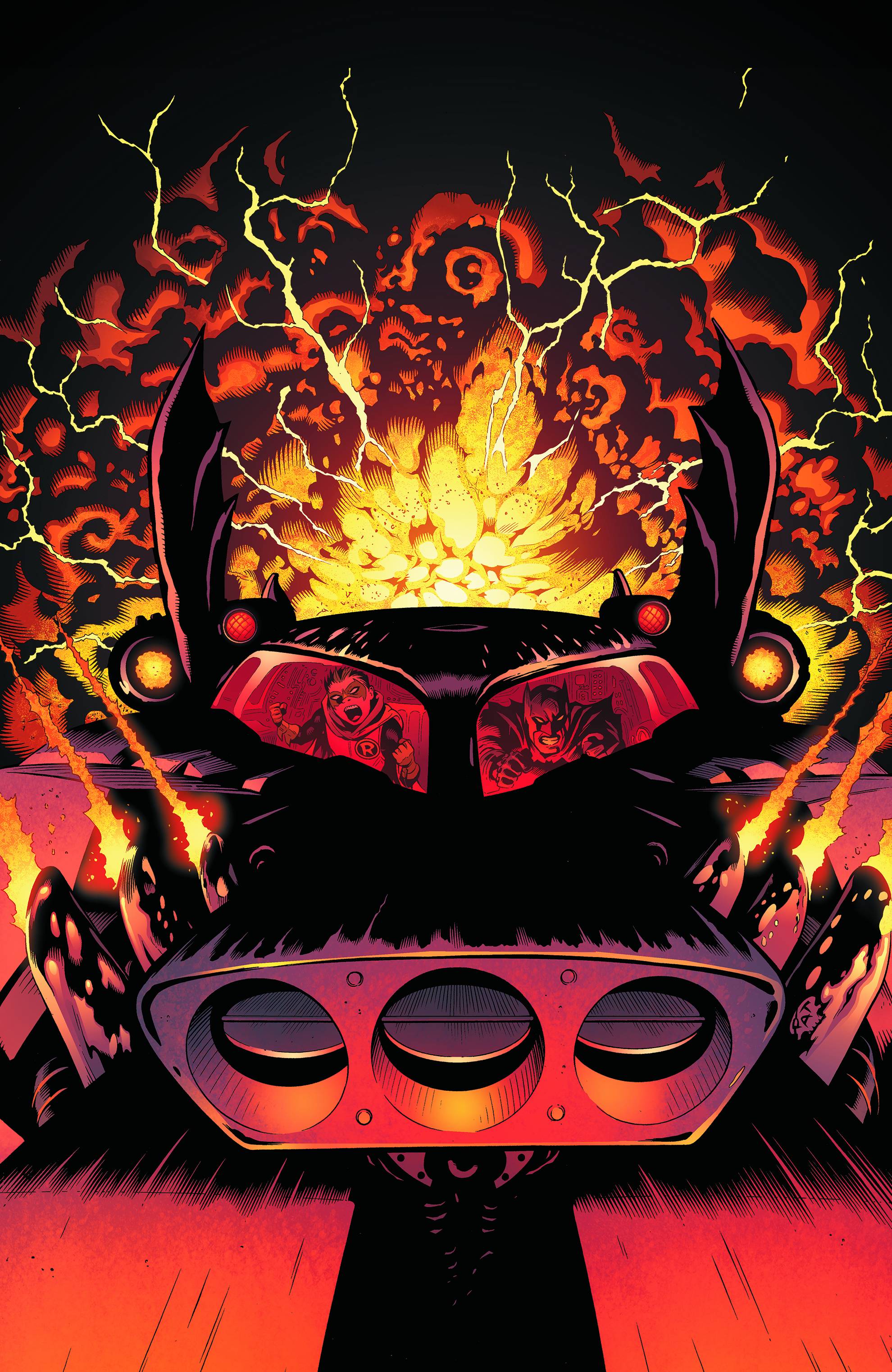 Damien’s history plays out, showing how Talia warped his mind and body into a killing machine. Bruce is convinced that it’s his responsibility to “fix” his son, as Alfred lets him know that he is not a mechanic, but a father. What’s interesting is that Alfred took the words out of my mouth. The way Bruce is handling his son is very sterile and cold. You can tell Bruce cares for the boy, but they hardly seem like father and son.

Besides the moments of Bruce and Damien coming to terms with each other, there really isn’t much else going on in this issue. Batman and Robin stop an illegal weapons shipment, and familiar face from Batman’s past shows up at the end while Bruce is buying a dog. The dog kind of came out of nowhere. One minute they’re stopping criminals, the next Bruce is buying an admittedly awesome Great Dane. I’m assuming he’s going to use it to try and appeal to Damien’s inner kid, though it would be nice if this dog eventually starts patrolling with them. Maybe get a little doggy Batman suit for it? Probably not, but it would be nice.

Peter Tomasi is back writing issue #2, and he’s at his best when he’s with Bruce and Damien. When they put on the cowls, the clichés come out, but it’s not too troublesome. Patrick Gleason’s art fits the comic well, though I still miss the days of Frank Quitely.

Batman and Robin #2 suffers from the sophomore slump only slightly. I would have liked to see some more action, as well as a bit more in terms of story progression. What you’ll get out of this issue is the status of Bruce and his son’s relationship, as well a glimpse of what’s to come. If you’re expecting a cliffhanger similar to what you got in Batman Detective Comics #2, you will be sorely disappointed.