Batman Earth One Gets a Volume 2

Many of the Earth One titles have been high on the selling charts. That is one of the reasons Superman Earth One received a volume two. So, there was no surprise that DC Comics is going to make a volume two for Batman Earth One also.

It was announced on twitter that Batman Earth One Volume Two was in in the works. There is no official release date but I am sure once San Diego Comic Con 2013 comes rolling around we will have an official date. 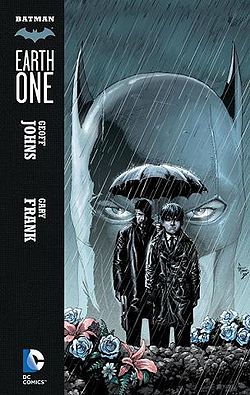