After not taking this title seriously last issue, Batman: The Dark Knight #5 has some more clichéd moments that got a little chuckle out of me, but also had moments that created a sense of intensity.  But the small amount of laughs and great premise failed to make this title pay off, with the major blemish of the work being it’s poor pacing.

Batman finally finds the “dealer” of the new drug turning Gotham’s deadliest criminals into super powered monsters: the Scarecrow!  After being dosed with Scarecrow’s drug, Batman gets a “gift”: no fear.

The opening is the only part that can be looked at humorously.  In a dark way.  Batman goes through the motions in the opening dialogue against Scarecrow, who’s every line sounds like it’s being spewed from a more vulgar edition of an Edgar Allen Poe book.  These include: “You flounder in vomit… a bile induced terror that wells from your soul –“ Why so serious Scarecrow?  This is actually a very good line with some great word choices, but between all the clichés it’s hard to take it seriously.  Batman’s lines are even worse.  He has little dialogue against the Scarecrow and the little he doe have is composed completely of clichés – which are always fun in this series but don’t last long enough to enjoy. 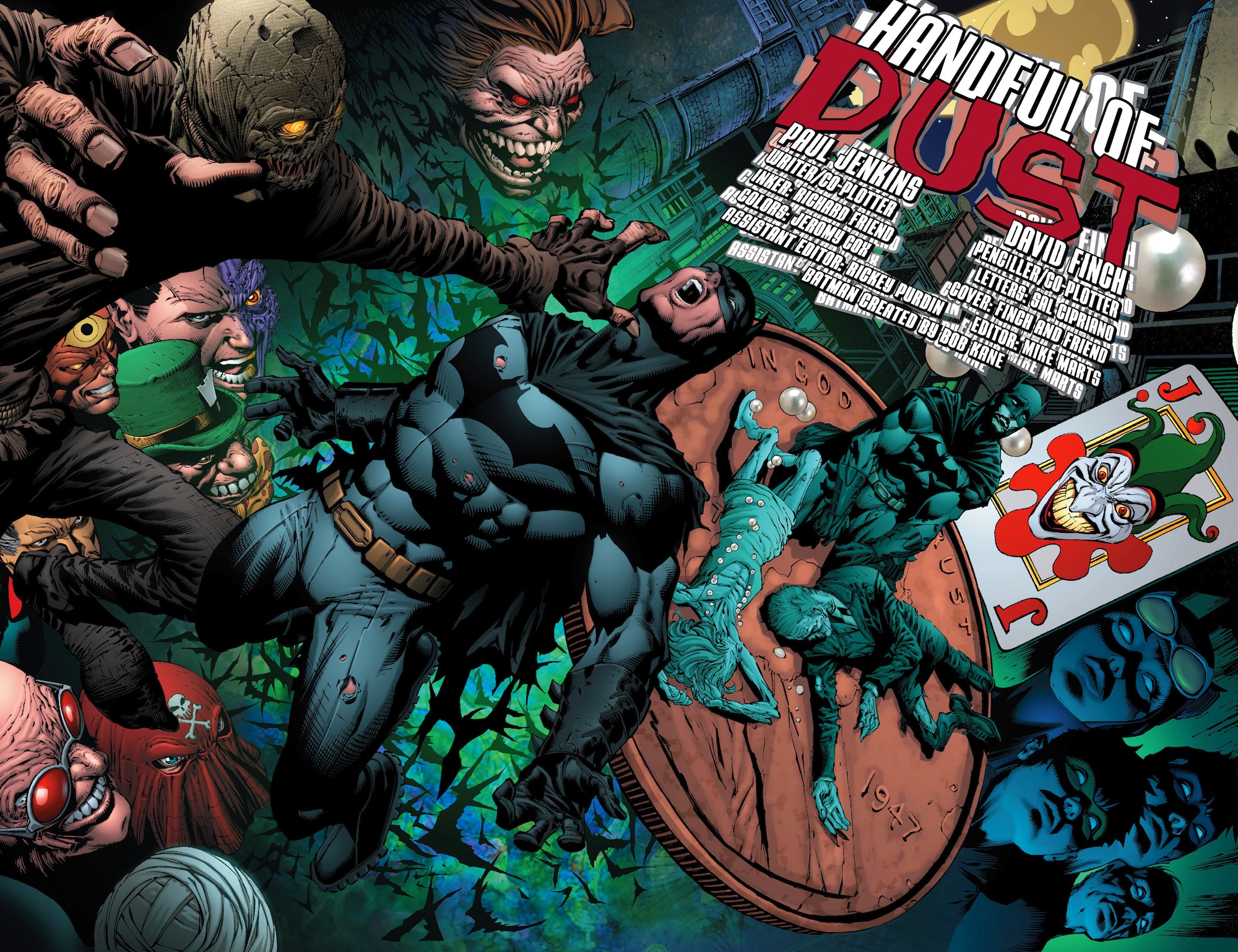 Cameos always abound in the Batman: The Dark Knight series, and this issue fans of Superman can rejoice as they see the big blue-boy gracing this issues pages after Batman and the Scarecrow’s opening confrontation.  In this issue we get to see a much longer cameo, and it is actually pertinent to the plot (unlike Wonder Woman’s appearance from the previous issue).  This leads to the an amazing premise: Batman beating-up Superman with super-strength rather than super-smarts.  This is an interesting twist.  The fight is satisfying, leading to a great cliffhanger, but it was too quick, like the rest of the issue.

These pacing problems are what hurt this issue, making it fail to come together effectively.  It goes by so quickly, with only two occurrences: Batman talking to Scarecrow and Batman fighting with Superman.  Previous issues had Batman going all over the city, seeing multiple people (heroes and villains alike), and had minimal plot progression.  This segment of the series takes the quickest and least satisfying approach to get to the fastest conclusion.  And it still moves the plot forward about as much as previous issues have.

Why the pacing suffered was because of David Finch’s excessive use of two-page spreads.  He is a famous artist who’s work is admired by many people.  His two-page spreads prove he is talented, with some great shots of Batman punching Superman and another great two-page spread with Batman going on a trippy fear-induced fever dream.  But Finch’s insistence on including these scenes has wasted valuable space to continue the story.  None of his spreads include dialogue, which does give the scene a greater impact on the reader, but does take away necessary time to build a story.  All that space wasted on indulging the artist. 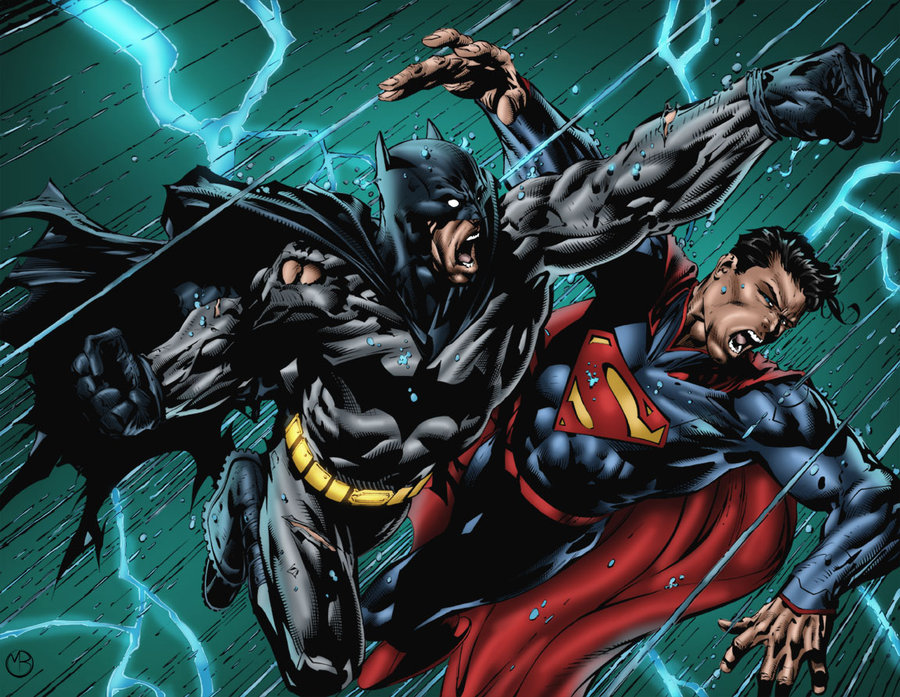 An artist who spent so much time focusing on those wonderful spreads he neglected some of the artwork on the regular panels.  Now, for the most part, Batman, Scarecrow and Superman are drawn well with some great backgrounds using a great blue and green color scheme, but several scenes in particular need work.  The worst example of an artistic mishap is on a partial-page spread with Scarecrow showing Batman several of his most dangerous foes.  The background of the page gives the scene a great psychedelic feel with a tie-dyed mixture depicting the dreamscape.  Getting into the dreamscape is where the problems lie.

While the Joker and ferocious bat looked very menacing and fit the feel of the dreamscape, the rest of the characters were either out of place or drawn somewhat atrociously.  Penguin and Mr. Freeze looked confused about being on panel.  There is no explanation for why Robin is among the villains.  Catwoman is drawn with an anime-look that is very distracting and Riddler is hurt terribly in the process, being given a face only Arseface from Preacher could be proud of (and believe me, that’s a terrifying image).  These are all the more prominent problems since the very next page is a great two-spread with normal-looking villains (well, as “normal-looking” as Batman villains get).

This issue was mostly disappointed because of how much (or rather, how little) ground it covered and how quickly it was covered.  I could not sit back and laugh at the opening clichés – I was too busy brooding over the $3 I wasted picking up this bland and chauvinistic issue.

And then I saw Bane was set to be in the next issue.  I still can’t take this lecherous title off my pull-list!