Morrison wraps up another “mystery” for Batman that will leave readers wondering, “Did I miss a page?” Mixed with average art, this blockbuster event comes off more like a mini-series by a first time writer that’s been paired with an artist unfamiliar with the subject matter, just trying to “cut his teeth” in the business.

At some point while writing this series, Morrison realizes that he needed an Ocean’s 11 type moment in which he explains the mystery with missing scenes. The problem is that the series has been very straight forward and really has nowhere for these scenes to be missing from. The series was just poorly explained in an attempt to create a mystery. Personally, I don’t think Grant Morrison knows how to write a mystery. You know a traditional mystery with clues for the reader to find along with red-herrings to throw them off the trail. The Return of Bruce Wayne’s biggest failure has been the fact that the reader couldn’t possibly know the answer; they needed Grant Morrison to tell it to them. 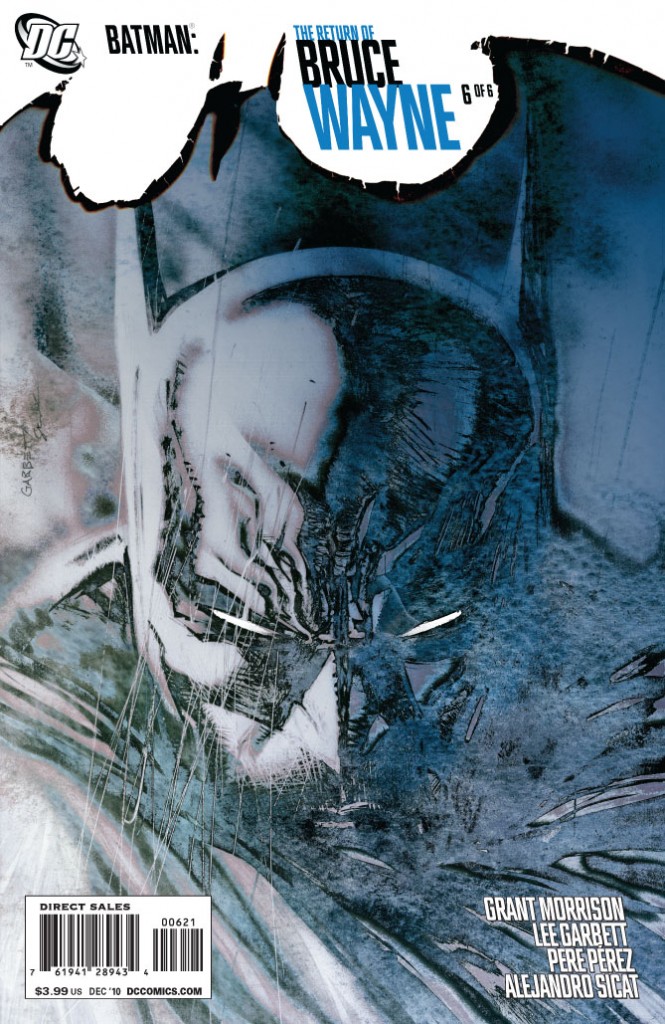 The most impossible part of this issue is figuring out how to explain what it’s about. Morrison clutters the pages with explanations and subtext while never really saying anything. To sum up this issue, Batman is back and he’s going to kill the earth because of it. As it’s been explained in practically every issue, Bruce has been contaminated by a Father Box and is building Omega Energy that will in turn kill the planet. So he arrives from the future with the “Idea” that Darkseid unleashed upon him attached to him so that he can destroy it in the past. That’s really as much as I can boil it down for you if you haven’t been reading it on your own.

Now Batman must fight his friends that are trying to stop/help him and remember that he must defeat the enemy attached to him. Oh, and he already remembered but he had to forget to trick the Father Box/Idea/Omega Energy, only to have Wonder Woman force the information out of him with her lasso. One word… pointless!

The real problem with the writing is that this is Bruce’s big return and he’s forced to fight all of his friends and loved ones (except Nightwing and Damien who couldn’t be bothered) and every scene is devoid of emotion or feelings. There’s a strong attempt at making Tim (Red Robin) the emotional centerpiece to the story, but it’s too little too late. Also, it feels really out of place with the rest of scene. No emotion to the story really is the problem. There’s no “HOLY SHIT”, moment that makes you turn the page as fast as you can to see what’s next. There’s no moment in which the reader says to themselves, “That’s so Batman”. There’s nothing to this story that has any relevance or should be read.

What it boils down to is that DC could have just said Bruce’s back starting next month and it would have been just as relevant. As it is, this mini-series that should have rivaled the return of Steve Rogers, was more like Morrison just trying to finish a script so that he could move onto a new project.