By: | PS3 Reviews | November 8, 2011
Unless you've been living in a cave for the past year, you know EA has a lot vested in Battlefield 3.  EA has been very vocal in regards to the what they want to do with the franchise: sock it to Call of Duty.  So now that Battlefield 3 is out, how does it stand up?  Did DICE deliver some bite to that EA brass bark?  The answer, as you might expect, is complicated.

The campaign is underwhelming to put it bluntly.  The writing is weak and canned as the story plays out through a series of flashbacks.  It's your standard modern combat FPS affair with linear levels dressed up in large environments.  Each story mission has specific objectives that have to be completed in order to advance.  There are mobs of terrorists to take down between checkpoints and you work with your squad to complete them.  These objectives range from infiltrating buildings to capturing intel/targets to fighting your way across a warzone to rendezvous with other forces for extraction.  While the campaign is not as dreadful as that description may sound, there are some key moments that stuck out to me as big disappointments, the most obvious being the mission with Lt. Hawkins.  I thought the mission was giving me my first glimpse of gameplay with the newly added fighter jets.  Much to my dismay, Hawkins is an RIO (Radio Intercept Officer), the backseat passenger that is in charge of weapons and targeting.  Rather than getting a chance at flying a F-18, I'm left playing a dressed up rail shooter. 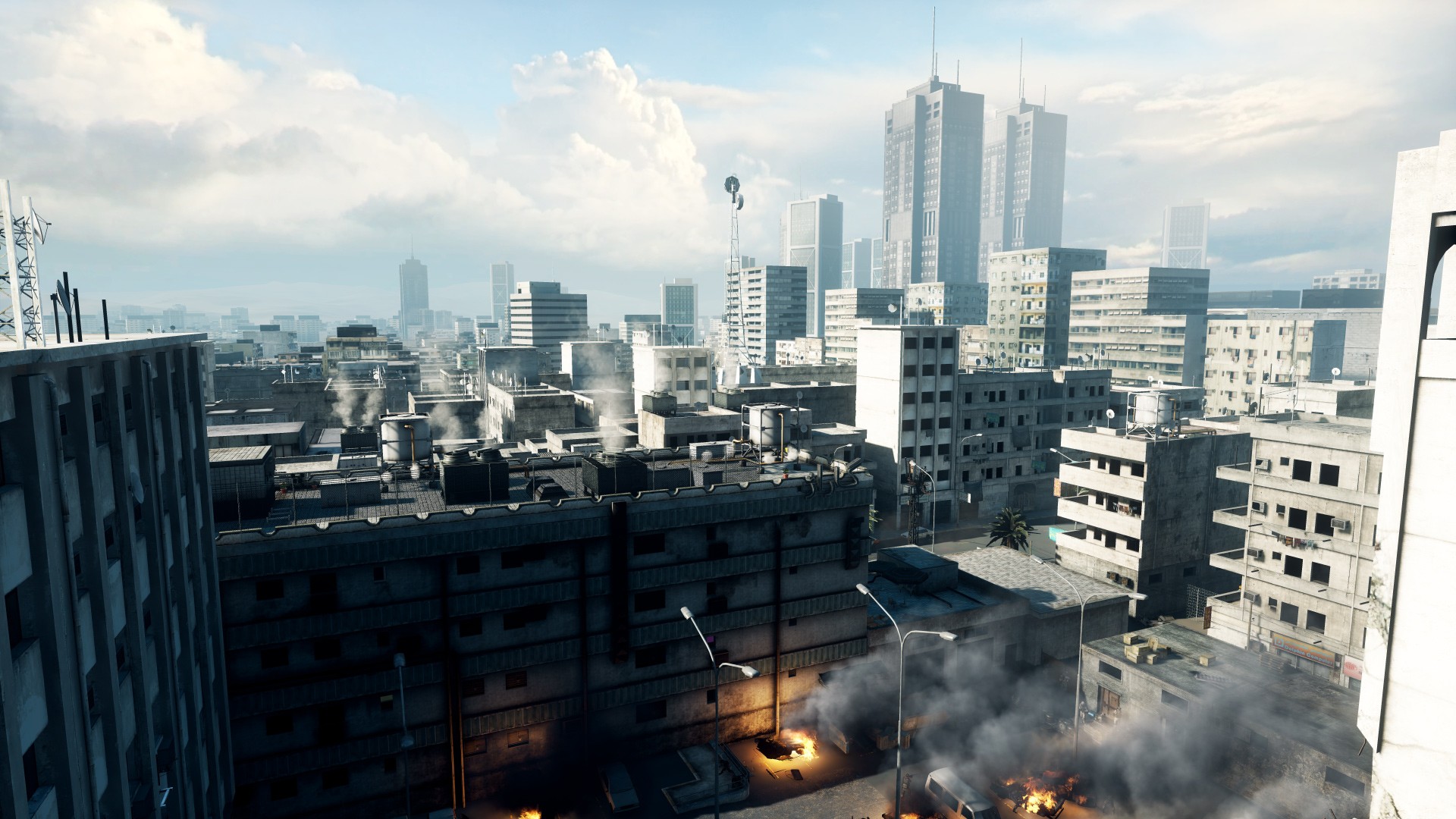 As uninspiring as the single player experience is, I think the evident lack of polish is the most disappointing.  Several times throughout the campaign I experienced glitches of jerky enemy movements, including but not limited to enemies running through walls and choppy character animations leading to enemies almost teleporting from one location to another.  The AI isn't the smartest and while the game on hard is challenging I think there is room for improvement in checkpoint placement.  Aside from that, the game looks great.  Granted it doesn't hold up to the PC version, but the game on PS3 is still visually impressive with nice, sharp textures and large scale destructible environments. 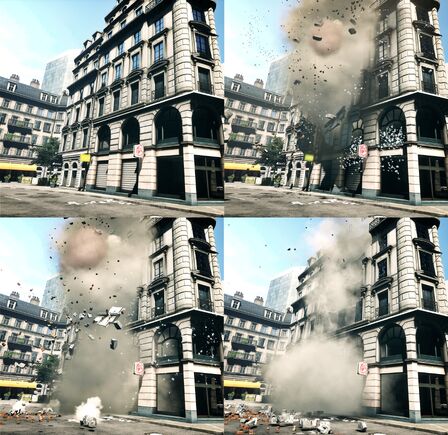 The size and scope of the single player and multiplayer levels is impressive.  Multiplayer is where Battlefield 3 shines.  The classes, with unlockable items and gear, add a great amount of depth to the multiplayer portion of Battlefield 3.  Each class has its own unique loadout options with upgradeable weapons and gadgets.  Engineers can unlock shoulder launched Stinger missiles or deploy an Explosive Ordinance Disposal robot that can support troops remotely.  Snipers or Recon specialists can deploy remote spawn points to provide support to strategic points on the map or deploy a UAV to provide intel on enemy troop locations.  On top of that, vehicles also have unlockable gadgets:  Infra-red countermeasures, thermal imaging to improve target acquisition, guided munitions, etc.   Battlefield 3's vehicle/infantry multiplayer creates a dynamic environment allowing completely different strategies and tactics to be employed.  In the right hands, vehicles can devastate opponents but DICE has provided enough balance to prevent them from becoming overpowering.  Infantry units still hold all the tools necessary to take them down.

In addition, DICE has packed in a "Hardcore Mode" that does away with much of the HUD, including ammo status and on-screen aiming reticule (encouraging the use of iron sights and improving the value of those optional laser sights) as well as an infantry only mode that removes the vehicles completely.  The standard fare of team and squad based deathmatch is present along with the Battlefield staple of objective-based games like Conquest and Rush.  If you're not at all into competitive multiplayer, Battlefield 3 also sports two player online co-op with unique missions.  Experience gained here will also unlock specific multiplayer weapons which will help insure you aren't wandering into the competitive warzone with standard gear.  The missions are challenging and provide a good variety of objectives and settings.  Co-op starts with two missions available that have to be completed in order to gain access to the locked missions.

Overall, the game is far from perfect, but with a couple updates and some tender loving care, Battlefield 3 should continue to improve and grow.  Regardless of my quibbles and noted faults, I have really enjoyed playing the game and have been very engaged with both the co-op and competitive multiplayer modes.  If you like first person shooters and online play, I don't see how you can pass this one up.  Battlefield 3 will continue to improve and grow as Back to Karkand, the first DLC pack, is set to release soon and will be accessible to PS3 players one week early.