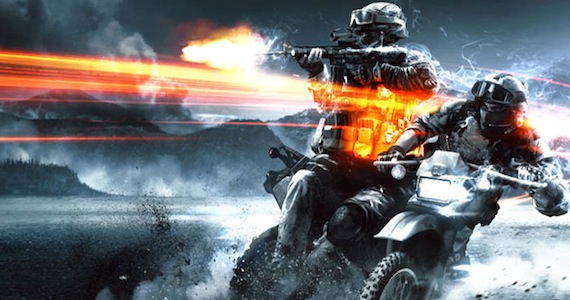 "End Game" will feature four brand new maps "designed for high speed combat and action." Three more vehicles are being introduced including, as you can see in the picutre above, dirtbikes, which are fast and agile and are meant to pick up the pace of matches. Another vehicle designed for crossing the wide open maps Battlefield is known for is the dropship, which will drop vehicles for ground troop use. Capture the Flag is also making a comeback marking the end of the "season of content," which probably also signals the end of DLC for the ever-popular shooter. No release date was set as of now, but Playstation Premium members will be the first to get the DLC, with Premium members on other platforms coming next before it's released exclusively to PS3 and then finally to all remaining platforms.