Be Commander Shepard in Final Fantasy XIII-2…Sort Of 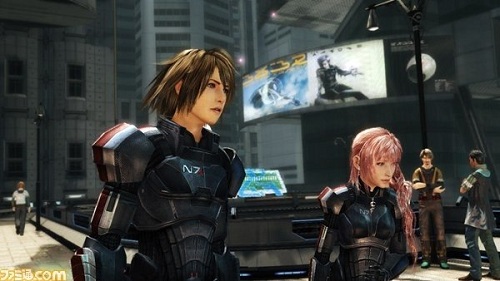 In other Final Fantasy XIII-2 DLC news, Square Enix has also revealed two new Coliseum Monsters for players to fight: Orthros and Typhon from Final Fantasy VI. As with Shepard’s armor, the monsters will be released on Tuesday, and will cost $5. No word yet on a U.S. release.