This year got off to a great start with Dead Space 2 standing out in January as an early contender for Game of the Year.  Yet, the following months fizzled with highly anticipated games like Dragon Age 2 disappointing fans, while critical darlings like L.A. Noire stubbornly refused to appear on PC until later this year.  Fortunately the PC indie scene coughed up a couple of great games in the first half of this year, giving PC gamers something to tide us over until the blockbuster glut in the fall.  Our PC Department of Fergus Halliday, Ari RunaninTelle, Jonathan Gann and Charles Battersby panned the river of mediocrity to find the Three Best Games of 2011 (so far). 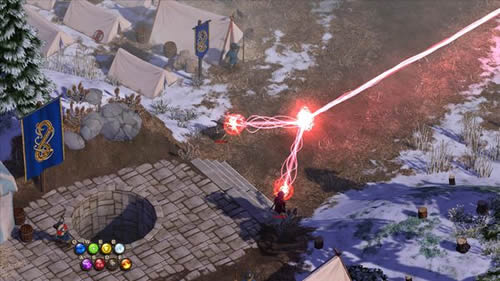 Charles:  Third on our list is Magicka, a PC exclusive indie game by Arrowhead Studios, published by Paradox Interactive. It’s rare that blockbuster games are actually funny, so smaller developers are your best choice for genuinely amusing video games.  Aside from being a surprisingly entertaining title at launch, the developer has kept up a stream of DLC and updates since it came out at the tail end of January, including Magicka Vietnam.  That’s right, wizards with AK 47’s.

Fergus:  When I first saw Magicka, I glazed over it and wrote it off as a budget European RPG of some sort.  Then I saw a video of Totalbiscuit and Yogscast playing the game.  About a third of the way into the video I paused it, linked it to all my mates and immediately bought Magicka.  The single player of the game was funny thanks to the self-referential humor and pop culture references.  The chaotic multiplayer is one of the most fun games I have played in years.

Ari: The only original IP on my list, Magicka is a $10 indie game released exclusively on digital download sites.  It's similar to a dungeon crawler, but with better gameplay.  It allows for constant creativity in your spell-casting.  Creating spells never gets old, and it would be a far weaker game without them.  While it's fun alone, Magicka truly shines in multiplayer, especially when your friends are in the same room.  My favorite part is the chaos that ensues in co-op, with friendly fire being just as likely as a normal death.  Luckily, there's a revive spell. 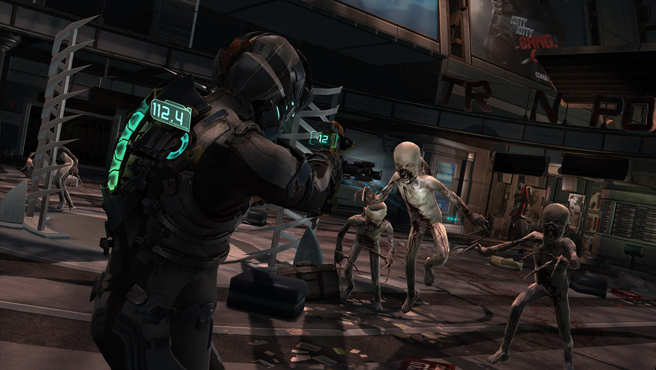 Charles:  The second best game of the year, Dead Space 2, was the first big blockbuster to come out in 2011.  "Dead Space" is a franchise I love, even though I only discovered it shortly before Dead Space 2 came out.  It had even more brutal combat than the first game in the series, a surprisingly good multiplayer component, and it significantly elevated the storytelling of the series.  Gone is the faceless hero cliché, and this time around Isaac Clark was an interesting character involved in an emotional journey… that involved lots of stomping on space zombies.

Jonathan:  Dead Space 2 was a favorite of mine, as I was a big fan of the first game, and EA did a good job building on what they had established with it.  Overall, the atmosphere, weapon design, and a lot of the general “feel” of the controls were just spot on.  Many people don’t like this franchise since it’s very similar to the Resident Evil sort of wheelhouse, but it was one of my favorite horror games of all time, and an excellent PC port to boot.  The multiplayer was a little lackluster, but the single player more than made up for any shortcoming a tacked-on last minute mode may have had.

Fergus:  I'm a huge fan of the first Dead Space, as well as the old System Shock games, and found Dead Space 2 to be an absolute blast.  The story picked up exactly where the previous game left off and the sheer intensity of certain sequences in the game completely amazed me.  I even found the new multiplayer component of the game to be really cool and fun, if a little unbalanced.

Ari:  I love survival-horror, particularly Resident Evil 4. So when I heard of Dead Space, I was on-board even if it was just "Resident Evil in Space."  It was a pleasant surprise that it was a dark, scary, and occasionally thrilling experience that remained unique, though it cribbed from many masterpieces of horror.  The same can be said of Dead Space 2, but it's more of an evolution of the original than an innovation on survival-horror gameplay.  All the gameplay has been streamlined and improved, the graphics look as smooth as ever, and the PC version controls far better than the original Dead Space on PC.  As long as Dead Space is this good, the franchise can continue forever. 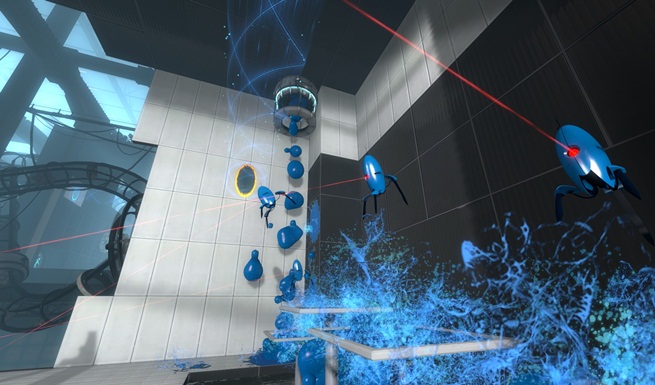 Charles:  The top game on our list of Best Games of 2011 was an easy choice: Portal 2.  No one saw the first Portal coming, but this one had four years of hype behind it, and it lived up to expectations.

Ari: The most serious GOTY contender so far, Portal 2 is a very smart game, though very different than its predecessor.  If Portal was an indie flick, Portal 2 is a summer blockbuster, with larger environments, far more story, and memorable setpieces.  The quirky humor remains intact as well, keeping Portal 2 unique.  The puzzles widely expand on the concepts laid down in the original, while still keeping the difficulty curve reasonable.  Then there's the co-op, which is just as well designed as the single player, and far more challenging.

Fergus:  It would be impossible to talk about the best PC games this year without mentioning the sequel to 2007's Portal.  Portal 2 hit all the right notes with its story and the level design far surpasses that of the original.  Valve perfectly nailed the humor of GlaDOS from the first game a second time without revisiting the "Cake is a lie."  All the additions to the game, particularly the Gels, feel right at home and the co-op mode of the game is exactly what fans of the first game wanted.

Jonathan:  Portal 2 was the obvious one.  It built upon everything the first game established, and then some, adding some of the most amazing co-op I’ve played with my wife in a long time.  A challenging yet accessible puzzle game and first person platformer.  Valve has shown that they have some of the best writers gaming has to offer, and they flaunt it well. There’s no cash-ins on previous memes and familiar ground, it’s all new and all amazing.  Although I cannot argue it was the longest, it really was the best gaming experience I had this year.

Here are a few personal choices that we enjoyed but didn't quite make our "Best of" list:

Charles:  Even though Grey Matter came out last year in Europe, it only hit America this February.  This funny, clever adventure game by Jane Jensen is one of my favorites for the year so far.  It isn’t as flashy as Portal or Dead Space, but it does have a great story, witty dialogue and a wonderful protagonist – the sexy, mischievous street magician Samantha Everett.  It’s definitely something for adventure fans to check out.

Jonathan:  Bulletstorm.  Something I didn’t even think I would like.  Just a bunch of dumb shooting with a scoring system.  But, the skillshots are fun to chain together and add a layer of depth to the game that I didn’t expect.  Many people will go through the game playing it like any other shooter, thinking of it as a generic boring shooter, but they will be doing it wrong. While the single player isn’t any kind of amazing storytelling masterpiece, it’s coherent and compelling enough to justify all of the blood and guts that occur for the duration.  A lot of people will probably give me flak for this, but I really, really enjoyed Bulletstorm, and I don’t care who knows it!

Ari: Jamestown.  The PC hasn't seen much of "Bullet-Hell" shooters for a very long time.  Even if you've played these kinds of games before on other platforms, Jamestown is a treat.  It has a ridiculous premise, uses it well, looks amazing with hand-drawn art, and still has classic bullet-hell gameplay.  The fact that you can play with friends is pretty great, too, even if it is local computer only.

Fergus:  Bulletstorm.  In a sea of ever graying color pallets and ever dulling war scenarios, Bulletstorm was a fresh injection of fun, color and originality into the world of FPS games.  People Can Fly and Epic came together to give gamers an awesome setting with unique characters that stand apart from other FPS games and the story of Grayson Hunt is definitely one that I want to see continued.  The skillshots feature in Bulletstorm also set itself apart from other FPS games and made just shooting stuff fun again.

Read our full reviews of Magicka, Dead Space 2, Portal 2, Gray Matter, Bulletstorm and Jamestown, and tell us in the comments below what your favorite games are from the first half of the year.