Two years ago, the Academy of Motion Picture Arts and Sciences (the individuals who year after year vote on this little thing called the Oscars) dropped a bomb on everyone by announcing that Best Picture would return to having ten nominees instead of the five to which most are accustomed, harkening back to the old days of Hollywood. Well, they're not totally happy with that either.

Another decision has been made regarding the Best Picture race. Starting next year, the nominations list for Oscar’s biggest prize will now have anywhere from 5-10 nominees. Films will now need at least “5% of first place votes” to earn a nomination.  AMPAS said that had this rule been in place in 2001-2008 (before the field expansion to 10), the number of nominees would've consistently landed in that 5-10 range.

The change will ensure that only as many films deserving of a nomination (up to 10), will receive one. This ought to return a bit of integrity to the process as the voters — not the Academy — now have the power to determine the number of nominees and films such as (probably) The Blind Side would not receive nominations.

The controversial Animated Feature category also faces some changes. Eight eligible titles are required for the race to exist, even though it no longer needs activation. If there are between eight and twelve films that qualify, then there can be two or three nominees. If the number of qualifying releases falls between thirteen and fifteen, four nominees is the maximum; any more films means that Animated Feature can have up to five nominees that year.

Changes were made in other categories, including the Visual Effects and Documentary Feature races. More information on those can be seen below in the Academy’s official press release. 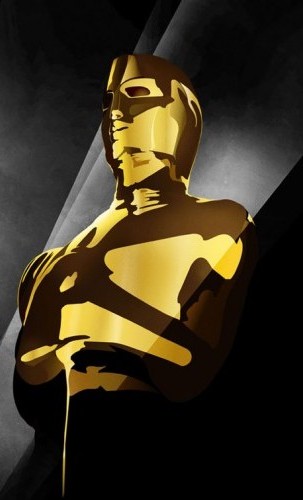 “Beverly Hills, CA — The governors of the Academy of Motion Picture Arts and Sciences voted on Tuesday (6/14) to add a new twist to the 2011 Best Picture competition, and a new element of surprise to its annual nominations announcement. The Board voted to institute a system that will now produce anywhere between five and 10 nominees in the category. That number won’t be announced until the Best Picture nominees themselves are revealed at the January nominations announcement.

‘With the help of PricewaterhouseCoopers, we’ve been looking not just at what happened over the past two years, but at what would have happened if we had been selecting 10 nominees for the past 10 years,’ explained Academy President Tom Sherak, who noted that it was retiring Academy executive director Bruce Davis who recommended the change first to Sherak and incoming CEO Dawn Hudson and then to the governors.

During the period studied, the average percentage of first place votes received by the top vote-getting movie was 20.5. After much analysis by Academy officials, it was determined that 5% of first place votes should be the minimum in order to receive a nomination, resulting in a slate of anywhere from five to 10 movies.

‘In studying the data, what stood out was that Academy members had regularly shown a strong admiration for more than five movies,’ said Davis. ‘A Best Picture nomination should be an indication of extraordinary merit. If there are only eight pictures that truly earn that honor in a given year, we shouldn’t feel an obligation to round out the number.’

The final round of voting for Best Picture will continue to employ the preferential system, regardless of the number of nominees, to ensure that the winning picture has the endorsement of more than half of the voters.

Other rules changes approved by the Board include:

Previously, the Board approved changes to the documentary feature and documentary short category rules that now put those categories’ eligibility periods in line with the calendar year and thus with most other awards categories. The change means that for the 84th Awards cycle only, the eligibility period is more than 12 months; it is from September 1, 2010 to December 31, 2011.

Other modifications of the 84th Academy Awards rules include normal date changes and minor ‘housekeeping’ changes.

Rules are reviewed annually by individual branch and category committees. The Awards Rules Committee then reviews all proposed changes before presenting its recommendations to the Academy’s Board of Governors for approval.

The 84th Academy Awards nominations will be announced live on Tuesday, January 24, 2012, at 5:30 a.m. PT in the Academy’s Samuel Goldwyn Theater.

Academy Awards for outstanding film achievements of 2011 will be presented on Sunday, February 26, 2012, at the Kodak Theatre at Hollywood & Highland Center®, and televised live by the ABC Television Network. The Oscar presentation also will be televised live in more than 200 countries worldwide.”