Bethesda to Host Their Own E3 2015 Press Conference

"It'll take place in California on the 14th of June"
By: Euan Dewar | PC News - PS3 News - PS4 News - Xbox 360 News - Xbox One News | February 10, 2015
Bethesda Softworks, the developers of the Elder Scrolls series and the new Fallout series iterations, among other things, have announced that they will hold their own E3 Press Conference this year.
It takes place on 14th of June in Hollywood, California, and it will also be broadcast online at Twitch.TV/Bethesda. What can you expect to see? Well, the most obvious shout is Fallout 4, which basically everyone has been clamoring for since the last game came out. Aside from that though we'll probably get some Elder Scrolls Online updates, as well as more from the various devs that Bethesda are publishers for I.E.: Id Software (that means DOOM), Machinegames (Wolfenstein), Arkane Studios (Dishonored) and a small punnet of others. 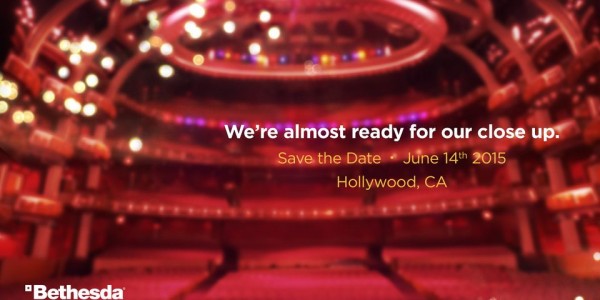