Unless you've been living under a rock or some "hillbilly" shack somewhere, Bethesda announced at Gamescom that The Elder Scrolls Online will, in fact, have a subscription based model. Some players are baffled at this choice, when considering the massive amount of popularity the free-to-play market has garnered, and want to know if they will be able to just play it on their Xbox One, gold membership not required. Bethesda's very own marketing boss, Peter Hines, confirmed that they are trying to push this idea. He had this to say.


Speaking with OXM, Hines said of the matter, “We feel like most people such as yourself currently pay that subscription not to pay a game, but to play all games online. So in that sense, when I’m playing Call of Duty online I don’t feel like I’m paying my monthly Xbox Live sub for Call of Duty – I’m just paying it because that’s a thing that I do, and whatever game I’m playing at the time is the one that benefits." 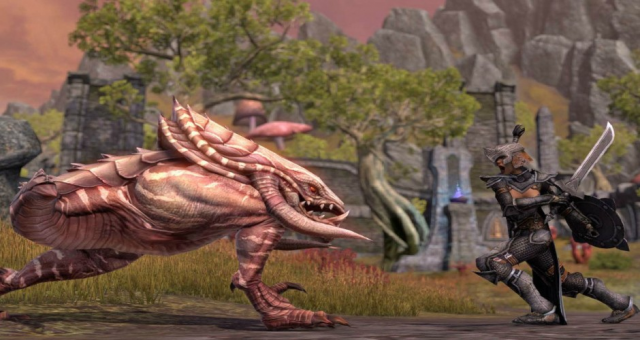 As of right now however, it will cost $14.99/£8.99 a month to play The Elder Scrolls Online per month, as well as an Xbox Live Gold or PS Plus subscription fee for those interested to play on Xbox One and Playstation 4 respectively.


Do you believe they should let you play TESO on the Xbox One without a gold membership? Let us know in the comments below.