"Jimmy's mischaracterization strikes again."
By: Alexander Wong | TV Reviews | April 12, 2016
“Nailed” was a pretty definitive litmus test for the quality of Better Call Saul. As someone who loved the episode’s Season 1 counterpart, “Pimento,” I wondered if whatever scene or moment of intensity the creators devised would allow me to ignore my problems with Season 2. If the show gave me something equivalent to Jimmy confronting Chuck about going behind his back, maybe the route the series took to get there wouldn’t be so dubious, I hoped. But despite some clever cuts and the shock of the episode’s big moment, "Nailed" still suffered from everything that came before it. The penultimate episode of Season 2 felt a lot like an inverse of “Pimento.” Instead of Jimmy calling Chuck out for sabotaging his career at HHM, Chuck confronted Jimmy about forging the Mesa Verde documents. It was nice for the scene to explain how Chuck immediately realized that Jimmy was the culprit (due to his fake I.D. business in high school), but I can’t help feeling like this was too convenient - and not just because I figured Jimmy would out himself. Perhaps it was because I enjoyed watching Chuck squirm, but it was weird for Jimmy’s plan to not be at all thought out. Even if it was something he felt he needed to do to help Kim, and even if he was confident in his ability to lie his way out of trouble, why wouldn’t he have assumed his brother would think it was him, the person who sent Ernie away and stayed the night? Why wouldn’t he have already taken care of Lance? [caption id="attachment_82024" align="aligncenter" width="600"] 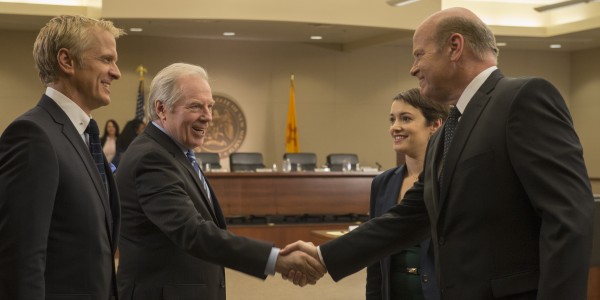 Better Call Saul Season 2, Episode 9 - Photo Credit: Ursula Coyote/AMC[/caption] Kim’s dialogue in the scene, meanwhile, was the source of its best and worst parts. Her takedown of Chuck was something the show desperately needed so that Jimmy wasn’t the only one in Season 2 being demonized, but blaming Chuck out loud for Jimmy's current behavior kind of mitigated the importance of the season. Similar to other elements of Season 2, it portrayed Jimmy as a child having a prolonged pouting session, which undermined the satisfaction I got from Chuck's comeuppance. To speak more generally about Kim this season, the show spending more time with her character has probably saved it from being a complete mess, as even though I’m not always super engaged when she's on screen, Better Call Saul hasn’t cleaved her story in ways that felt forced (as it's done with Mike), nor has it sabotaged her with characterization that feels wrong (as it's done with Jimmy). However, Kim being complicit in Jimmy going to bribe Lance, indirectly seriously injuring/killing Chuck, might start her storyline on a darker path. Previously, it seemed like the only change she would undergo would be realizing Jimmy can’t be a part of her life, but I can’t imagine that the show will be quick to cut her loose after “Nailed.” Here’s hoping her transformation avoids the problems of Mike and Jimmy’s storylines. [caption id="attachment_82025" align="aligncenter" width="600"] 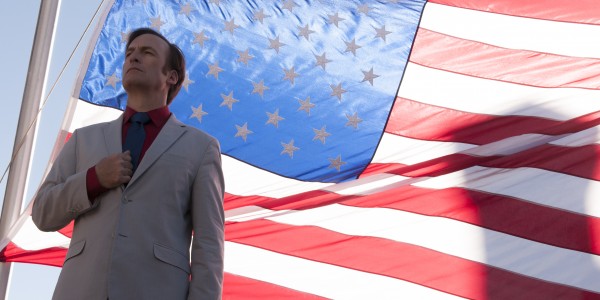 Bob Odenkirk as Jimmy McGill - Better Call Saul Season 2, Episode 9 - Photo Credit: Ursula Coyote/AMC[/caption] But now onto the big stuff: Chuck's fall at the photocopying place. I thought it was cool that Jimmy took a step closer after he saw Lance follow his game plan. Though I still don’t believe in this characterization, I thought it was a nice way of reminding us that Jimmy thinks of what he's doing as a game with no real consequences. At the same time, Jimmy not wanting to implicate himself by going to help Chuck felt way too similar to Walt letting Jane choke to death in Breaking Bad, and I don’t like that the creators chose to have Jimmy "do" something awful to transform him into Saul Goodman. I was satisfied with the events of "Pimento" instigating this change, as I appreciated the creative restraint they took with the character. Basically, this felt a little too easy. Because of the "Mike doesn't kill" set up we've had, indirectly harming someone felt much more natural to Mike's storyline, but even then I had issues with the way his scene with Nacho was handled. As I said last week, Better Call Saul has had trouble negotiating its multiple storylines, and the structure of the episode made Mike learning that someone was killed because of him less significant than it should have been. Since the episode basically ended with Chuck, a person we actually know, taking a fall, that storyline took priority, and it seemed like Mike's reaction was somewhat glossed over so we could get to this moment. I’m curious to see what direction they set for Season 3 with “Klick,” but I can’t imagine watching the show for much longer after that. So many elements of Better Call Saul are still incredibly smart, but when the foundation for Jimmy’s change is so poor, even the more engaging moments are questionable. 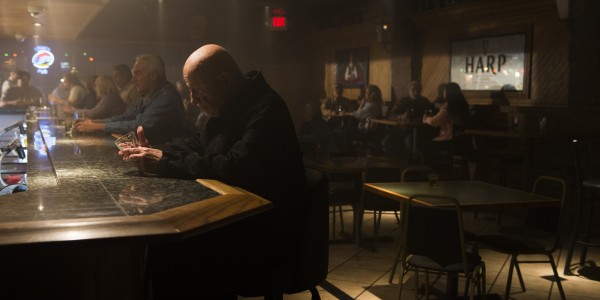