"One step forward..."
By: Alexander Wong | TV Reviews | February 17, 2016
I was really curious how they would set the direction for Better Call Saul’s sophomore season. After the thoughtful way they previously depicted Jimmy’s descent, I was frustrated with the definitive “he’s different now” note they ended things on last season, and I worried the showrunners only went for a second season because of the success of the first (not because they had more creative steam). Unfortunately, the Season 2 premiere didn’t do too much to allay my fears, but "Switch" was a fairly enjoyable episode regardless. My main issue with the episode largely stems from how last season ended. In the Season 1 finale “Marco,” we thought we saw Jimmy decide not to meet with the people of Davis & Main at all, which was followed by a scene of him driving off while humming Deep Purple’s “Smoke on the Water.” To me, this whole sequence felt complete. I never wondered if we were missing a scene or if there were any unanswered questions, and though I thought Jimmy was a little too far on his way to becoming Saul Goodman, I didn’t expect to see anything complicate his transformation so soon. However, “Switch” showed that he did actually meet with them, and it was only his perceived rejection from Kim that prevented him from accepting the job then and there. This wasn’t so substantial an addition that it warranted watching scenes we had already seen, and him giving in and taking the job at the end of the episode made the whole thing feel like it was beating around the bush. I was actually surprised they didn’t begin the past scenes with him already at Davis & Main, with the rest of the episode dedicated to explaining how he got there. I’m not saying it would have fixed everything to watch events unfold in this manner, but it would have at least raised an interesting question of how he got from “Smoke on the Water” to cocobolo desk. As it was, the episode felt like a course-correction to try to eke out more narrative mileage; setting Jimmy back so they could watch him spiral over the course of another season. [caption id="attachment_80215" align="aligncenter" width="600"] 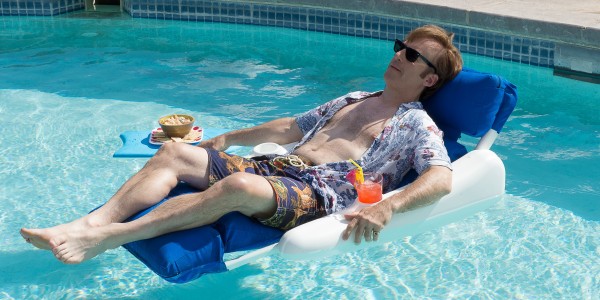 Bob Odenkirk as Jimmy McGill - Better Call Saul Season 2, Episode 1 - Photo Credit: Ursula Coyote/Sony Pictures Television/AMC[/caption] Case in point, “Switch” had several instances where Jimmy annoyingly expressed his petty side. When reminded that the salon’s cucumber water is only for customers, instead of simply walking to his office (as he would have done in Season 1), he puts down the cup he had just grabbed, throws back his tie, and lets the water flow right into his mouth from the tap. Combined with Jimmy's childish question to Kim about their relationship, this characterization came across as excessive and strange, like the show was caught between giving Jimmy a semi-reset and honoring the character he was in the season finale. In no other scene was this problem more apparent than when Jimmy sat in his office at the end of the episode. He sees a switch on the wall that isn’t supposed to be flipped, and because he’s a rambunctious rule-breaker now, he can’t resist pressing it and seeing what will happen. The payoff? It does nothing. No one even notices that he pressed it. In a meta-textual way, I appreciated this as a sign things weren’t immediately going to go wrong for him, but I’m not sure I understand where his desire to “step on the grass” is coming from. Jimmy drinking the cucumber water at least had the entire first season of set up, but him pressing the switch just seemed simplistically compulsive. “Switch” also had elements that I had more mixed feelings about. For example, Mike’s storyline. While I enjoyed seeing his employer, Pryce (real name: Daniel), get too big for his britches and think he can handle things by himself, it felt like they were partitioning parts of his story to make things last a little longer. The premiere just had a prevailing feeling of moving pieces around, and though I'm excited to see how Mike reacts when Daniel inevitably asks for help, I hope Better Call Saul is able to focus on telling a story next week, rather than preparing for one. [caption id="attachment_80209" align="aligncenter" width="600"] 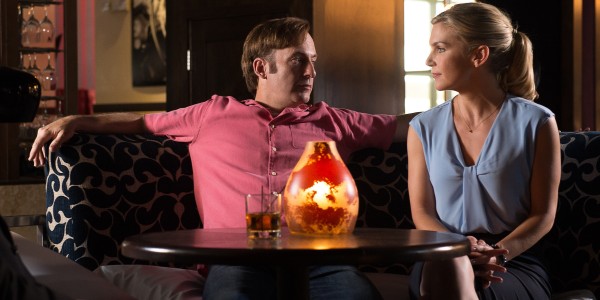 Bob Odenkirk as Jimmy McGill and Rhea Seehorn as Kim Wexler - Better Call Saul _ Season 2, Episode 1 - Photo Credit: Ursula Coyote/Sony Pictures Television/AMC[/caption] The exploration of Jimmy and Kim’s relationship also suffered from this issue, but it still had some fun moments. I was happy the series didn’t resort to Kim giving Jimmy a speech about how it was all a big mistake, and with scenes like the two of them in the bathroom brushing their teeth, the show really demonstrated how much they care about each other. As I mentioned before, Jimmy’s question to Kim being the catalyst for this development was my biggest problem with this plotline, but I was also slightly disappointed with its execution. I’m not going to pretend I didn’t know they had feelings for each other, but I enjoyed the cool restraint the showrunners exercised with their relationship in Season 1, allowing for intimacy that was more rewarding because it occurred so infrequently. As I said, though, the episode managed to be relatively decent, with the opening scene at Cinnabon being particularly compelling. The show did a great job of conveying how mundane and stifling this life is for Jimmy (now Gene) without letting his frustration seem over the top. With the “oh boy” expression he makes before dumping the coffee grounds, the perfunctory head raise he gives to the cleaner, and him leaving “SG was here” on the wall of the garbage room, I understood his desperate need to reaffirm who he truly is, which makes me think we’ll see an intensification of this present day storyline before the end of the season. [caption id="attachment_80212" align="aligncenter" width="600"] 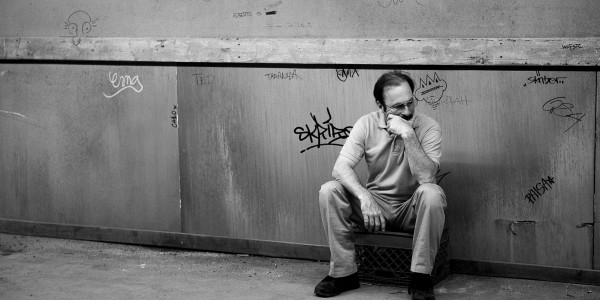 Bob Odenkirk as Jimmy McGill - Better Call Saul _ Season 2, Episode 1 - Photo Credit: Ursula Coyote/Sony Pictures Television/ AMC[/caption] Another awesome part of the episode was the cinematography, a mainstay of the series (and Breaking Bad). I love the way the camera angle, setting, or subject so often disorients viewers when we come into a new scene, and “Switch” had some pretty cool examples of this. I particularly enjoyed Jimmy slowly floating into the bird’s eye view of the pool, as well as Mike walking off-screen being replaced by a close-up on Daniel's gaudy shoes moving into the shot. These things added a sense of intentionality and direction to the episode that it was sorely lacking, and made me hopeful the series hasn’t forgotten what makes it so compelling to watch. Better Call Saul’s season premiere felt pretty unnecessary. The episode tried to extend the life of Jimmy’s storyline, while advancing the character he’d become at the end of last season (such as he was). This led to the episode feeling like its only point was to get everyone where they needed to be, which was surprising given the thoughtful plotting of Season 1. As the sole honorable mention on my "Top TV Shows of 2015" list, I'm really hoping this was a minor setback and the series can set itself straight, but as readers of my Flash reviews may know, my hopes have been misplaced before. [caption id="attachment_80218" align="aligncenter" width="600"] 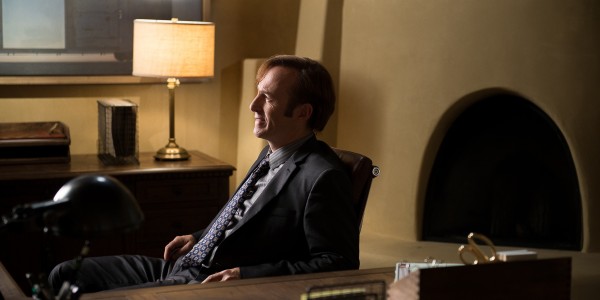