Between a Li’L Depressed Boy and Girl

By: Justin Moody | Comic News | November 23, 2010
He found a home first on the Internet. Now, Li'l Depressed Boy comes to print with LI'L DEPRESSED BOY #1, out this February from Image Comics.LI'L DEPRESSED BOY follows the adventures of a ragdoll as he goes about his ordinary life. In the first issue, Li'l Depressed Boy meets girl, with all the romantic and stylish lovelorn charm that characterizes movies such as (500) Days of Summer.

The cult favorite web series was created in 2005 by S. Steven Struble, a comic colorist (CHEW, Kick Drum Comix) and nationally competing slam poet, who continues to write the series. Early Li'l Depressed Boy strips were drawn by comics luminaries such as Sam Keith (THE MAXX), Jamie McKelvie (PHONOGRAM), Jim Mahfood (MIXTAPE), and more. Sina Grace took over art duties on the acclaimed web comic in 2008. His illustrations can be seen in various publications, most recently in Among the Ghosts, a young adult novel written by Amber Benson (Tara on Buffy the Vampire Slayer). 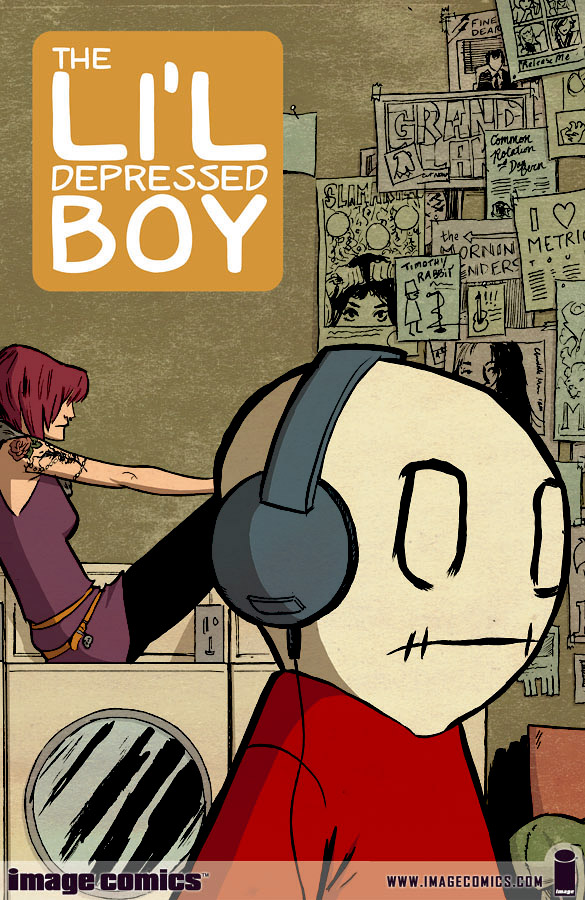 "The Li'l Depressed Boy comes from so many personal experiences, which I think correlates to why people relate to the story," says Struble. "We've all been that quiet person who can barely muster a smile. With Sina as the regular artist and our first story arc together under the Image 'I,' it's a dream come true."

Adds Grace, "When I started drawing the Li'l Depressed Boy, I was so excited to be collaborating with someone who wanted to tackle comics the same way I did: with earnestness, fun, and a touch of self-deprecation. After all these years, I'm happy to say that the work we are presenting with Image Comics maintains those core values."

LI'L DEPRESSED BOY #1 (diamond code), a 32-page full-color comic book for $2.99, will be in stores February 9, 2011. Meet the Li'l Depressed Boy by visitingwww.lildepressedboy.com.