Director Tarsem Singh aims to carve out his own gory slice of guilty-pleasure pie with the god-versus-men epic Immortals which hits screens this Friday. The trailers alone recall the 2007 breakout success that was Zach Snyder’s 300, not to mention the blunt comparison boasted in trailer voiceovers. Since was claimed as , Player Affinity will examine some of the imitators that emerged and decide if they are worthy of comparison or if 300 managed to slip into a niche that has yet to be rivaled.

Ninja Assassin
The Warrior’s Way
Watchmen
Sucker Punch
Clash of the Titans
The Eagle
Prince of : The Sands of Time
Centurion

Despite seemingly every other movie boasting to be “from the producers of 300” imitators, copy-cats, rip-offs and the like are not as frequent as you 'd think, as I could only scrounge up about ten that fit the bill closely enough. R-rated action films are an inherently difficult sell (at least in comparison to the beloved studio rating of PG-13), and populating the cast with relatively unknown talent as was the case with 300, is a risky endeavour meaning direct imitations are not a desirable option to finance. So that’s leads us more into the “inspired by” realm.

Of the films listed above, they fall neatly into two camps: setting and style. The likes of Clash of the Titans, The Eagle, Prince of and Centurion are all of the swords and sandals genre, with a near-godly central hero, mythical creatures and beautiful people. On the other sandal-clad foot are those movies that utilize the most popular hallmarks of 300: slow-motion, washed-out color tones and hyper-stylized violence. Two on the docket are from 300 director Zach Snyder, but they cannot be ignored in this analysis. The other two, Ninja Assassin and The Warrior’s Way, could very well have been made by the same team. 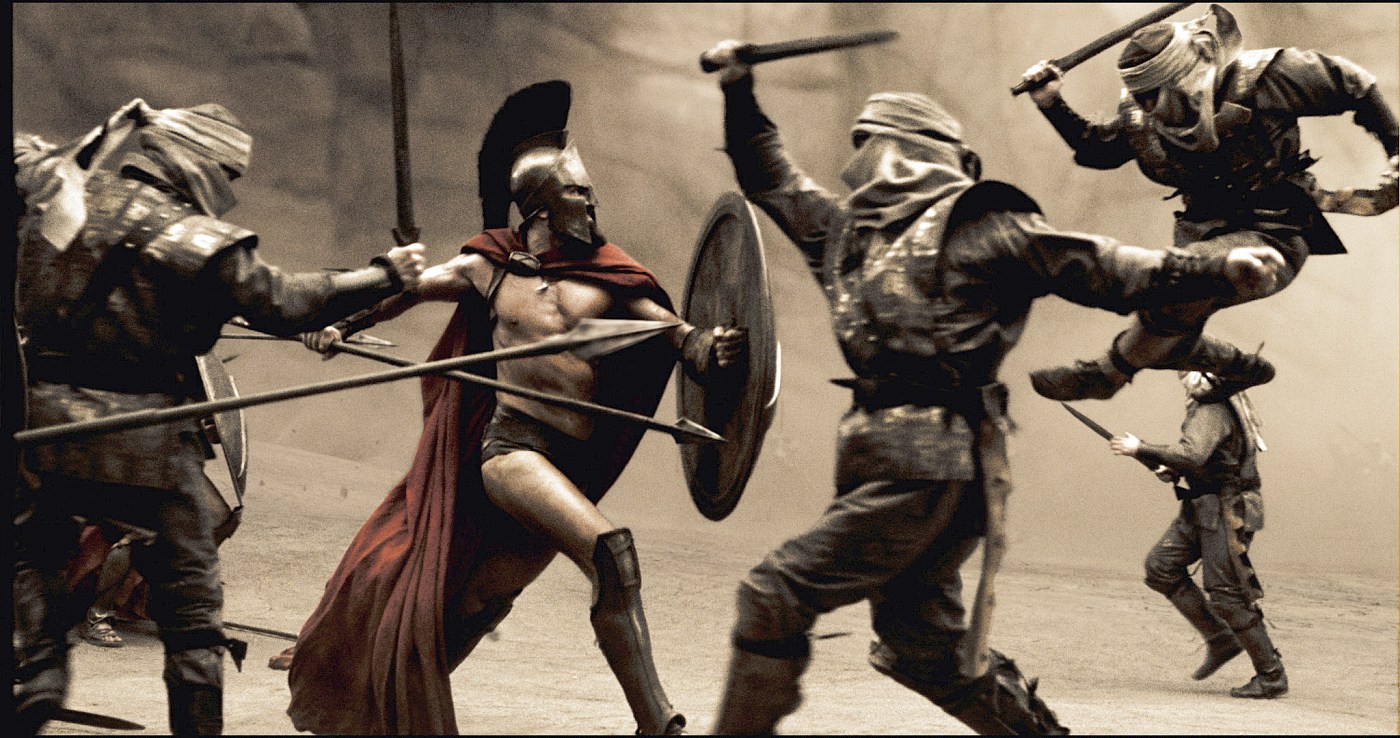 Another, but completely different camp to consider is the arrival of many burly-men-on-a-mission flicks such as The Expendables, The A-Team, The Losers, Predators and 10,000 B.C. which may or may not be linked in any capacity to the success of 300. Even when studios may not be willing to toss cash into a risky, gory endeavour, they do pick up on elements of what makes certain movies work, which in this case is the still-popular set-up of men being manly (and wasting loads of people in the process).

The Verdict: Who got it Right?

Nobody. Not only are there no films on this list that can hold a candle (or in this case a sword) to the brash crowd-pleaser that was 300. Most of them are flat-out bad, not to mention it’s really an apples and oranges comparison. This weekend’s Immortals truly seems to be the closest thing to that 2007 smash in terms of setting, style and violence, so we will soon see if we can have two films that can respectively stand above.

So let us expand to cinema’s close brother television for the quintessential successor to the 300 fortune: Starz network’s Spartacus: Blood and Sand and Spartacus: Gods of the Arena. Gore, nudity, slow-motion, a period setting very close to that of King Leonidas’ tale, and plenty of snappy dialogue that truthfully has no business existing in the era. Being one of Starz’s biggest hits, it is clear that the format is still very popular with audiences and shockingly, sometimes a near-carbon copy can deliver on the thrills and entertainment value.

A crucial point I have yet to make is one that quite honestly makes this entire retrospective obsolete: did 300 even get it right? Though financially a big winner, and beloved by more than a few moviegoers, critics were not as kind, the story is as straightforward as they get and the script is comprised almost entirely of one-liners – though great ones to be sure. But when did quality ever have a bearing on what movie studios jump at, and 300 has already anchored itself in pop culture and continues to be relevant and popular five years later. As much as much as I yearn for quality fare come Oscar season, switching my mind off has its place more times than I care to admit. Some time soon, a film will be dubbed: "The best of its kind since 300" and then we will no doubt have another wave of interest in the format. Until then, 300 is still great fare for a Friday night and still retains the monopoly when it comes to .