"Proof that there is a market for Indian independent film, both in India and around the world!"
By: Sneh Rupra | Movie Reviews | February 25, 2018

Mukti Bhavan, or Hotel Salvation had a successful festival circuit last year, and is finally available on home release! This feature debut from young Indian filmmaker Shubhashish Bhutiani is a brilliantly understated and moving film that tells the story of a middle-aged man reconnecting with his dying father.

Adil Hussain (Life of Pi, English Vinglish) plays the abrupt handiwork obsessed Rajiv, whose phone calls with his boss take precedence over spending time with his family. His aging father Daya (Lalit Behl) announces his intention to go to Varanasi - on the banks of the holy Ganges - to die. 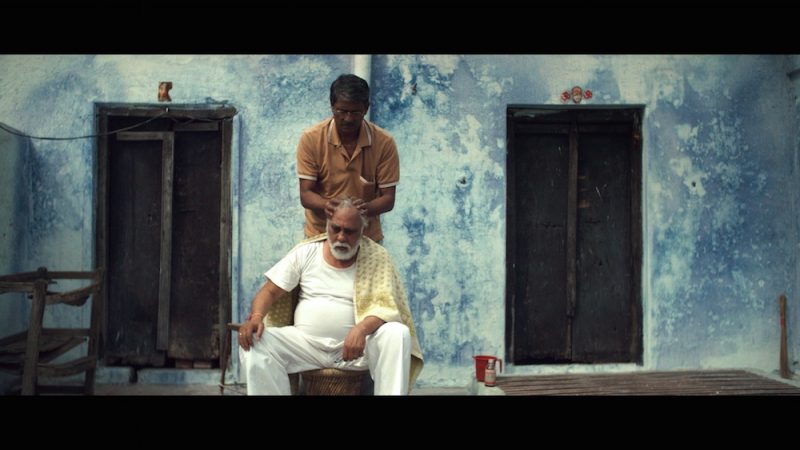 This tradition, though potentially unfamiliar to Western audiences, is neither overexplained nor is the knowledge assumed. This is clearly a film not made specifically for Western or for Indian audiences, but for an entirely global audience. The themes of family and forgiveness are universal, but the specifics of the culture are still integral to the characters and the story.

At first reluctant, and only indulging his ailing father, Rajiv slowly comes to terms with the impending loss of this formative figure from his life. Their relationship is occasionally fraught with tension but always underwritten with love. Lalit Behl's Daya is completely charming in his mannerisms - sometimes crotchety, yet joyous, philosophical, and always deeply caring.

Their journey to Varanasi takes them to “Mukti Bhavan” - Hotel Salvation itself: based on a real hotel on the banks of the Ganges which takes residents in so they might spend their last days in this holy place. Though it sounds morbid, the film reflects the reality of the place - where death is part of every day and there is plenty of humor to be found in and around it. 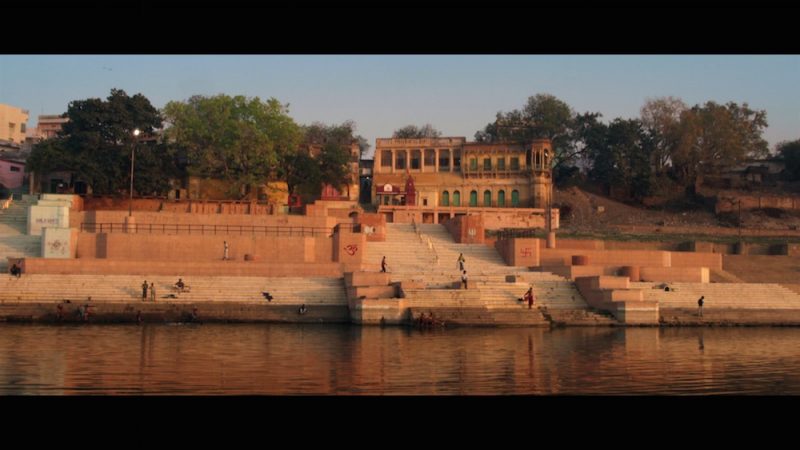 The hotel manager Mishra ji (Anil Rastogi) is a comedic highlight go the film, whilst the sweet, wise Vimla (played by Behl’s wife Navnindra) is a perfect antidote to the perpetually tense Rajiv. The casual comments that he needs to “chew some paan” or “have some bhang lassi” (the Indian equivalent of “smoke some weed”)  never fail to get a laugh.

The cinematography is sophisticated, using blocking and lighting to tell the story of Daya’s loneliness, Rajiv’s introspection, and the reconciliation between the two. A particularly funny video-call scene between Rajiv and his family - his stern wife Lata (Geetanjali Kulkarni) and his bubbly daughter Sunita (Palomi Ghosh) - is an innovative and hilarious way of realizing the miscommunication and distance between the two parties.

The fact that this film is independent makes a huge difference to the style and tone, as does Bhutiani’s New York film education, and the help from La Biennale di Venezia, who organic the Venice International Film Festival. This, alongside his own Indian culture, story, and setting, results in a unique blending of the two biggest influencers in film: Hollywood and Bollywood. Hotel Salvation is decidedly neither, but rather takes the best of both worlds, and manages to successfully avoid the over-used tropes of both. 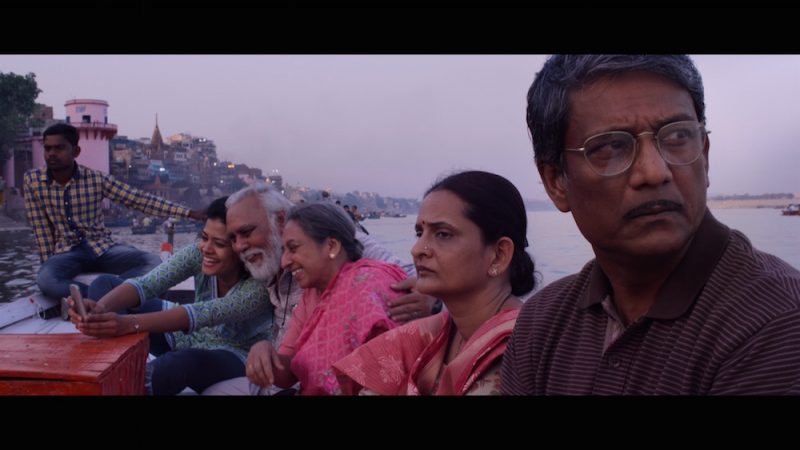 The emotion is moving but never cloying, each character is lovingly developed and realized: including the female characters. Bhutiani admits in a Q&A at the BFI included in the Special Features that in his initial drafts, the female characters were all far less developed, and mostly served to further the stories of the male leads. After taking the advice given by La Biennale, he fleshed them out into the ambitious daughter, the sharp wife, and the wise grandmother-figure that bring so much to the finished film.

A beautiful showcase of the realities of Indian culture on a world stage, and a pertinent highlighting of them to Indian audiences, this film operates on many levels and succeeds utterly on all of them. The boundaries placed on women, the neglect the elderly face in their last years, those who profit from the religious beliefs of the masses, the strain that capitalism places on especially single-income households — all these issues are discussed and addressed without ever belittling Indian culture and traditions.

This deeply moving film is helped along on its DVD and Blu-Ray release by some engaging and informative special features. The previously mentioned BFI Q&A with Bhutiani and his father/producer Sanjay shines a light on the motivations behind the making of this film, as well as revealing more about the production and creative processes that went into making it. 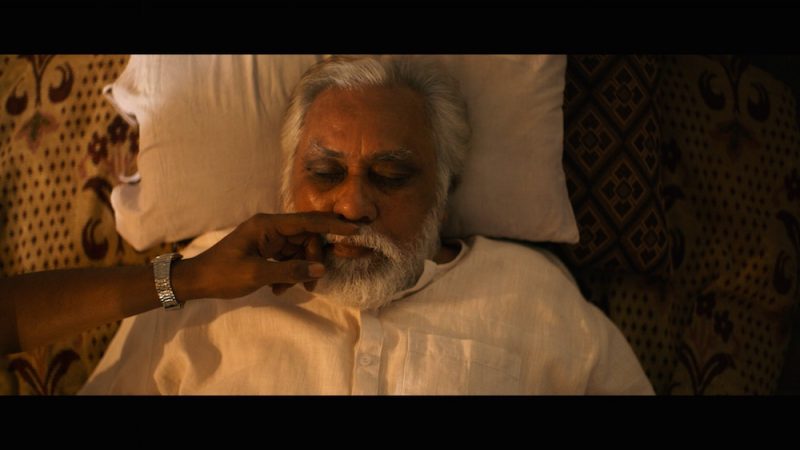 Sanjay Bhutiani speaks specifically about his history in a mainstream Bollywood production company, and about how he left that position because he wanted to make films he really believed in. This insight, and with this film as the result, shows that there is room for independent film in the Indian market, and for Indian independent film in the world market — all it takes is the right people choosing to pursue it.

A “Making of” video gives us a peek into the location filming, documenting the cast and crew’s first arrival at the hotel, shoot delays due to torrential rains, and personal messages from the actors peaking about the importance of their characters.

This film is an absolute masterpiece of cinema — particularly coming from a 23-year-old writer-director! — and is well worth a watch for anyone. Amazon.co.uk - DVD Amazon.co.uk - Blu-ray