"As chaotic and surprisingly beautiful as it sounds!"
By: Sneh Rupra | Movie Reviews | October 11, 2016

A Billion Colour Story comes to the BFI London Film Festival as a debut from New Dehli director N. Padmakumar, and follows the life of Hari Aziz, a child of a mixed marriage. Culturally ‘forbidden’ relationships between Hindu and Muslim people particularly are a common theme in Indian media, but to tell the story from the perspective of the child is certainly unique and innovative. The film also does not chronicle the struggle of Hari’s parents getting together, but rather the challenges that face them later in life.

A film about filmmakers, it perhaps gets a little too caught up in its own artistic self-awareness. This story of a billion colours is told in black and white, leaving the audience to discern between shades of grey as the characters discuss the significance of the Hindu-saffron and Muslim-green of the Indian flag.  Hari’s parents, Imran and Parvati, met in film school in Australia, and so speak a mixture of Hindi, Urdu, and English throughout. In a black and white film, the billion colours come through in the nuances of each character’s unique experience and perspective on life in India, and how it has shaped them. 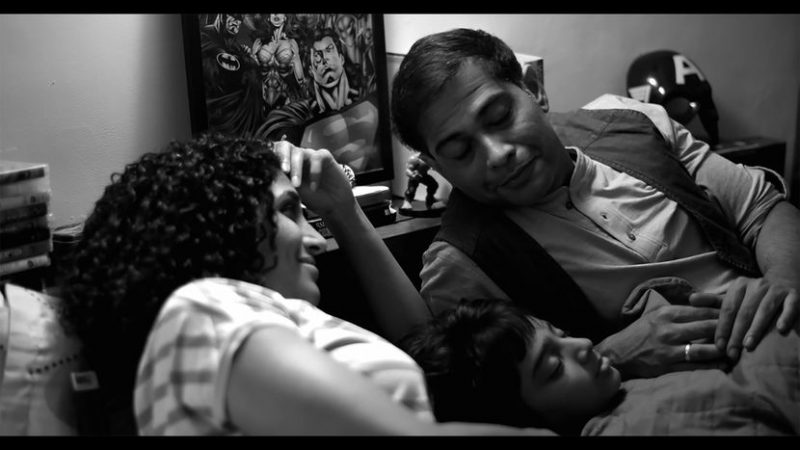 Sadly, the film takes a while to pick up. The first half is slow and stilted, with subpar acting and unnaturally elevated dialogue. Hari’s burgeoning relationship with girl-next-door Sofia is uncomfortable to watch, but thankfully soon becomes irrelevant as the film his parents are making hits financial problems. Moving from house to house and facing discrimination and heartlessness from Hindu and Muslim districts alike, the film hits its stride as not so much a critique as it is a lament of the increasing racial tensions in India. The cultural discrimination the Aziz family faces hinders them on their journey to make a film which encapsulate the importance of unity and acceptance in India, and so it is the irony which cuts the deepest.

As they face more and more shocking acts of racism, Aziz’s idealism fades, but Hari’s bright curiosity does not. The kid is without a doubt the most compelling part of the film, constantly questioning and challenging beliefs that have been prevalent in India for centuries. The progressive nature of the younger generation is overtly presented via Hari’s slightly passé voiceovers, and his natural instinct to Google everything his parents won’t explain to him. A clever child, but a child nonetheless, the audience gets a childlike perspective on the events - hopes and fears sometimes irrational, but real nonetheless. 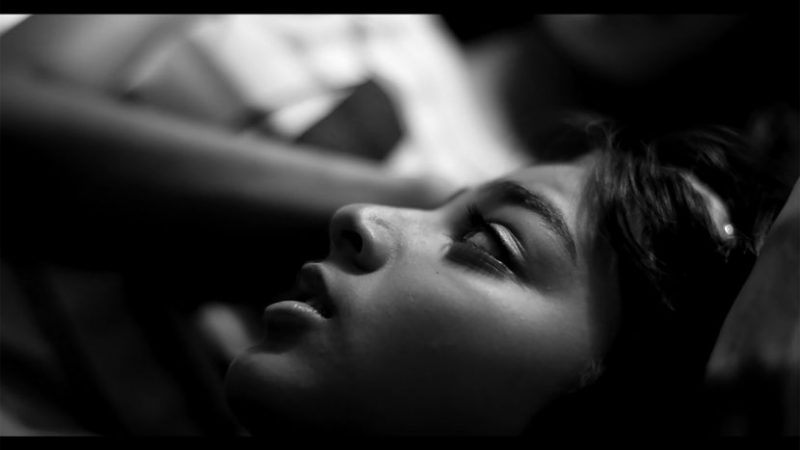 Gaurav Sharma settles into the role of Aziz as the character’s optimism fades, jaded by the onslaught of hatred for his family. Events trigger a turning point in the film, and in the lives of the Aziz family, which are changed irreversibly. The note of dread weaving through the film comes to fruition in an emotionally packed climax which manages to be both tragic and poignantly hopeful. There is a moment where colour starts to seep in to the visuals, and in context that is possibly the most powerful statement of all.

Although it started weak, and meanders with varying levels of success through its story, the sheer weight of the ending of A Billion Colour Story means it’s a film I’ll be talking about for a long time. A lament and a love song to everything that India is, once was, and could be, told through the dreamy eyes of idealists. A noble attempt.