Directed by controversial biopic master Oliver Stone, Snowden is a dramatisation of the events in whistleblower Edward Snowden’s life leading up to the 2013 NSA leak. Speaking (via video link) at San Diego Comic Con earlier this year, Snowden himself expressed his discomfort with the movie being made at all, but went on to say: “…[But one thing] Oliver [Stone] has going for him … is that he thinks for himself, and that’s something I respect very highly. You look at his filmography and you can see that nobody tells him what to do,” (via Deadline). This certainly is evident when watching the film, which so effectively sways its audience against the actions of the US government without qualm. 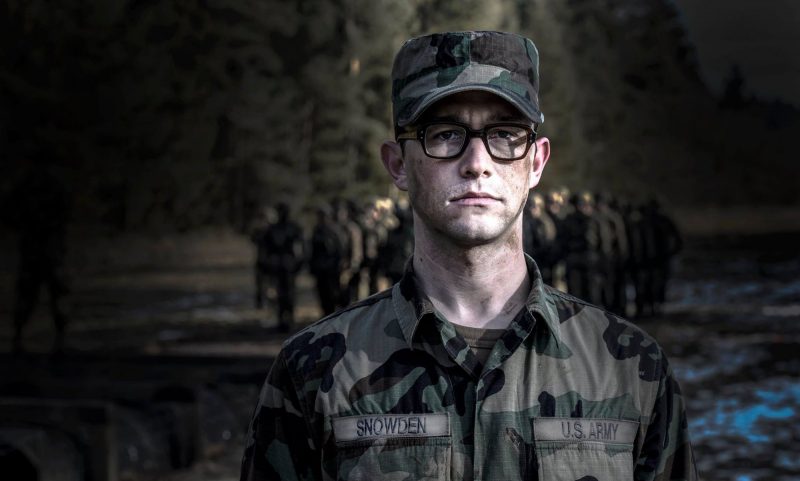 The film raises not only the fundamental question of whether NSA and government surveillance of its own citizens is right or wrong, but also adds a far more personal aspect. By following Snowden (Joseph Gordon-Levitt) through his personal life alongside his career, the film forces the audience into his shoes, prompting the question of whether each individual watching would have the strength of character and the courage to do what he did. His job-related stress, his depression, his relationship troubles are all so incredibly relatable, yet the enormity of the responsibility placed on his shoulders is almost incomprehensible. His extraordinary intellect is conveyed in a manner that doesn’t at all alienate the character from a mainstream, non-specialist audience. Rather, we are led through the relevant technologies and their implications in a skilfully non-patronizing manner, and therefore end up totally on the same page as Snowden throughout.

The structuring of the film too is clever. Of course, the audience already knows how it will end - the fact that Snowden will leak the files is of less narrative importance than how he arrived in that position. The build up is revealed to us via Snowden telling the story to journalists Glenn Greenwald (Zachary Quinto) and Laura Poitras (Melissa Leo), holed up in a Japan hotel room, in hiding and waiting for the right time to release the files. The tension is sky high, and Quinto particularly delivers a phenomenal performance in the little screen time he has, portraying the righteous rage at the cowardice of other journalists. 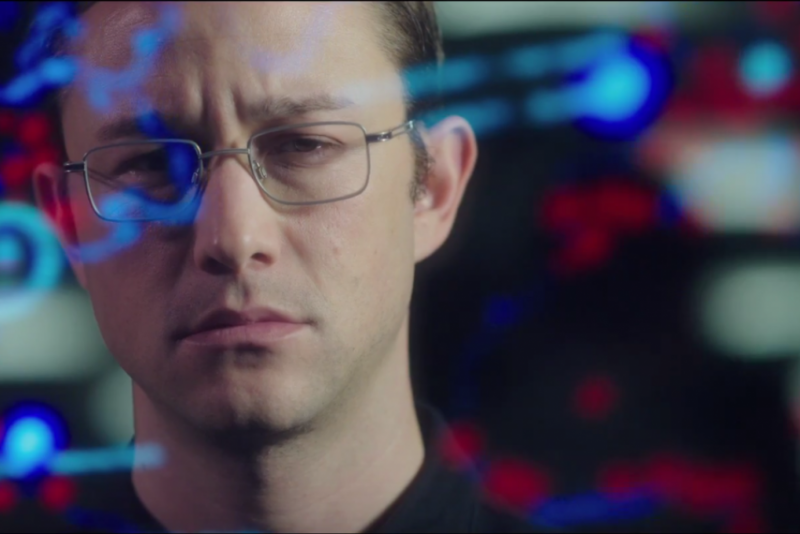 Gordon-Levitt’s dedication to researching this role absolutely paid off - his Snowden is startlingly similar to the man himself. He carefully balances genius and likability, keeping the audience on his side even as he repeatedly drives away Snowden’s girlfriend Lindsay Mills, played by Divergent’s Shailene Woodley. She too delivers a pretty solid performance as the supportive liberal girlfriend, caught up in a world of secrets that she doesn’t have clearance for. Both her support for and arguments with Snowden are mostly convincing.

Special mention goes to Nicholas Cage, who cameos as Hank Forrester, a CIA whiz relegated to teaching new recruits after complaining that the program he wrote was being used illegally. Ultimately, he’s what Snowden could have ended up like had he been less bold, and he plays the role of cynical mentor very well. 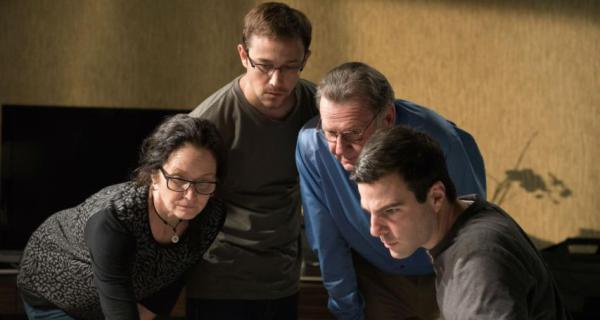 One interesting titbit is that Snowden actually couldn’t tell the filmmakers how he snuck the data out of the NSA base, and therefore they came up with a fictionalised version of events. “Oliver has exactly the right answer [with that scene],” Snowden has said. “These are the things that are actively under investigation, and this is what made it such a challenging story for Oliver to tell.’’ Stone certainly rose to the challenge! It’s a very clever bit of filmmaking, not to mention there’s a brilliant shot of Snowden walking into the light as he leaves the Hawaii headquarters with the chip.

The film winds to a close with actual news footage of journalists crowding the Moscow airport as the chase comes to a close, and in the closing shot Gordon-Levitt has been replaced by Snowden himself - a stark reminder that this extraordinary man really did risk his own life to hold the US government accountable for their actions. Maybe he didn’t succeed in stopping the NSA, but he certainly started the conversation, and that’s what this film is: a continuation of the conversation surrounding this fraught issue.

This film unequivocally paints Snowden as the hero, with menacing NSA officials and hundreds of compliant workers who turn a blind eye to their morally outrageous actions as the villains of the piece. This of course is only one side of the story, but whether you agree with its message or not, it’s an undoubtedly effective piece of propaganda in support of privacy as a human right. It is unafraid to call out the government for using terrorism defense as an excuse to simply extend their sphere of influence and reaffirm the power of their position. A brave and brilliant film about a brave and brilliant man.