This highly anticipated artistic endeavor utterly lives up to the sky-high expectations. A film where every frame is hand painted in the style of one of the most famous painters ever is such a staggering feat to even consider, to the extent that watching it is an almost emotional experience.

Douglas Booth is a compelling Armand Roulin, in his distinctive yellow jacket, on a journey to deliver one final letter to Van Gogh’s brother, a year after the artist’s controversial death. His travels take us through the familiar landscapes of Van Gogh’s works, and the carousel of colorful characters he meets along the way are all characters from his paintings brought to life. 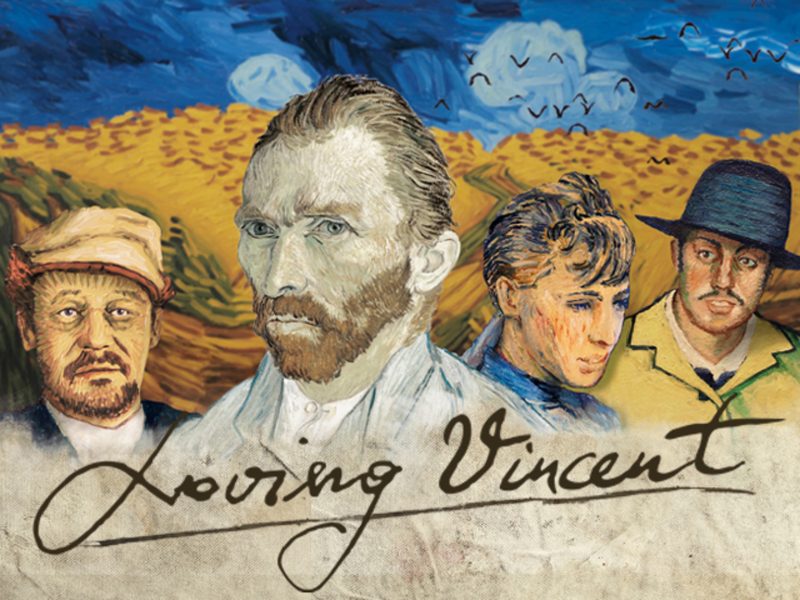 The styling and costumes of each new character we meet are so impeccably matched to the paintings that the recognition triggered in the audience is immediate and delightful.

Armand’s journey is not only physical but emotional, as his initially ambivalent attitude becomes more and more invested in uncovering the truth behind Van Gogh’s death. Far from just being an incredible visual spectacle, the film’s plot ends up becoming almost a detective story. Each character introduced has a different impression of Van Gogh and his life, and what could have led to his death, and the audience alongside Armand compile suspicions and constantly shifting conclusions. 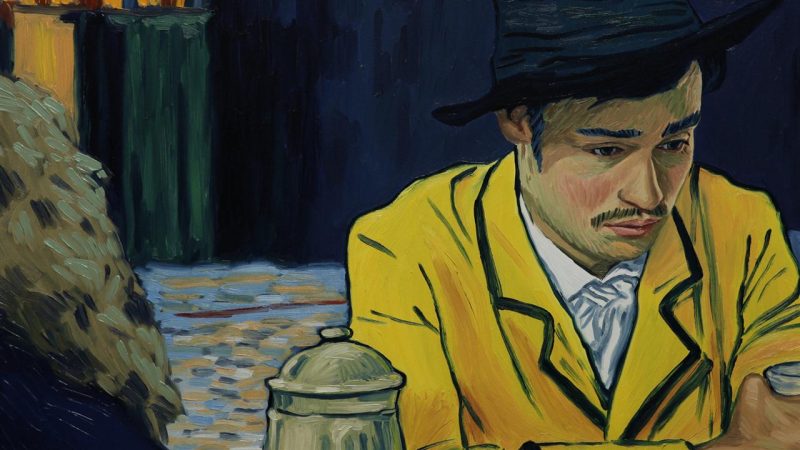 The mysterious Doctor Gachet (Jerome Flynn), Van Gogh’s psychologist and friend, is the subject of wildly differing opinions, and therefore rightly becomes the center of attention. Particularly compelling character witnesses are Eleanor Tomlinson as Adeline Ravoux, the inn owner, and Helen McCrory as Louise Chevalier, Gachet’s housekeeper. The film explores how class and religion based prejudices impact impressions and attitudes so drastically.

Saoirse Ronan plays Gachet’s beautiful, restrained daughter, who has her own reasons not to be entirely forthcoming regarding Van Gogh’s life and fate. Her poise and elegance is contrasted with Aidan Turner’s rough and ready Boatman, who bring’s a totally different atmosphere to his scenes with Armand. 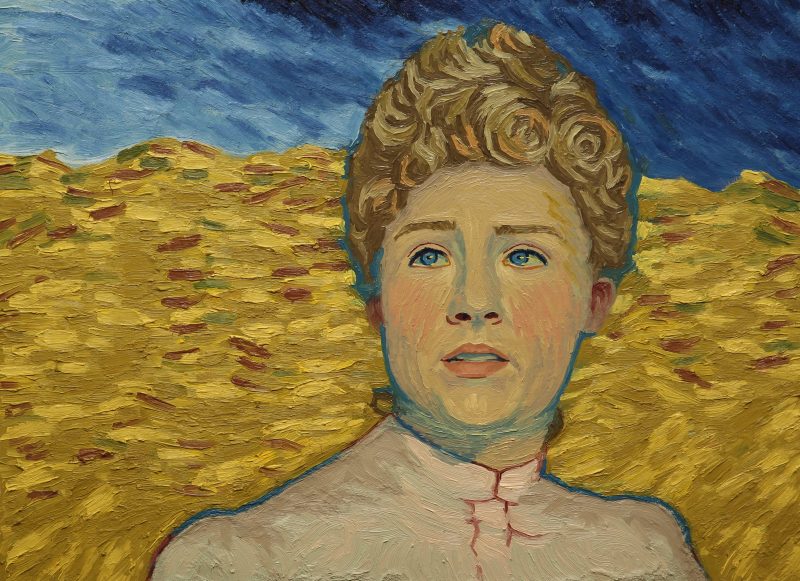 The film is peppered with flashback scenes as each character relates their experiences with Van Gogh, and these are depicted in black and white, and in a softer style. The result brilliantly differentiates the truth of Armand’s experiences from the potential falsehoods of the stories he is told as well as delineating the time difference.

Particularly striking is seeing some of these scenes from different angles, and to different effect, as Armand gets to hear a different character’s point of view on the series of events Rashomon style. 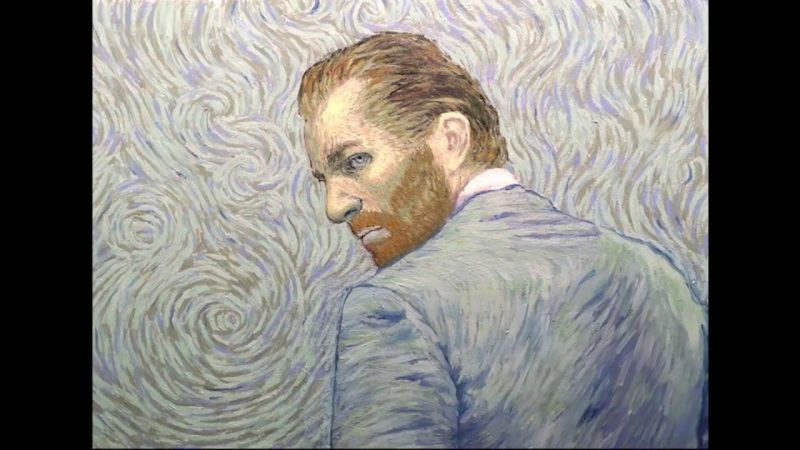 The portrait painted of the artist himself throughout the film is a complex and multifaceted picture of a mentally ill, lonely genius, with some true friends and others less true, who found solace in his work.

For a figure that has gripped all the characters and the audience too, it’s a clever choice to have Van Gogh himself (Robert Gulaczyk) present in the narrative only through the voices and recollections of others. He is a ghost in his own story: a beautifully evocative piece of storytelling.

The beautiful end credits will contain some surprises for all but the most well versed in Van Gogh’s paintings, as they match up each character to their paintings. After the ups and downs of the journey, the conclusion is terribly cathartic and emotionally satisfying. A groundbreaking film, that more than does justice to Van Gogh’s incredible talent and legacy.