"Joaquin Phoenix hefts the weight of this darkly intense thriller onto his remarkably broad and capable shoulders."
By: Sneh Rupra | Movie Reviews | October 29, 2017

We Need to talk about Kevin director Lynne Ramsay is back with another dark and intense thriller, this time based on the novella You Were Never Really Here by Jonathan Ames. Joaquin Phoenix stars as Joe, a haunted hitman, on a mission to break up a sex trafficking ring.

The title sets up the tone of the film — a strangely structured, disjointed narrative, leaving the audience questioning and struggling to put together the events we witness. Rather than being presented with a linear story, or structured flashbacks, we are thrown into Joe’s PTSD-fractured mind and are therefore thrust into the disorder of his memories and experiences. 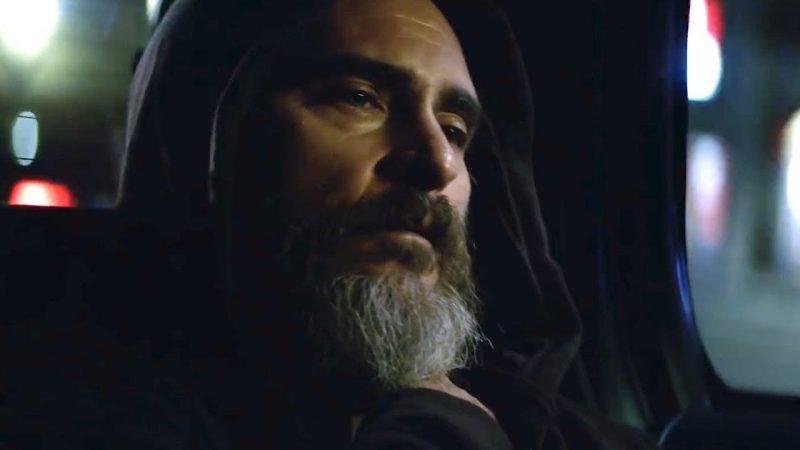 The story itself is secondary to the meandering character study of Joe, but having had some time to reflect, it is present. Political corruption and underhand dealings that are never expanded upon too much lead to the kidnap of a senator’s daughter, who Joe is employed to rescue. This purpose comes fairly late on in the film, though, with the first section just following Joe through his daily activities.

The classic trope of a violent criminal who loves his mother (the Krays, Norman Bates, etc.) is pulled off with brilliant originality by Phoenix, who never loses the essence of his character even as he sings and polishes the silver alongside his ailing mother. These soft moments are juxtaposed with a heady violence — Joe’s weapon of choice is a hammer, and so his fights are about as messy as you’d think. Despite this, there’s never any question that Joe is one of the good guys. There’s never a moment where the audience fears for the girl he rescues. Since we’re privy to the inside of his head, the audience knows he’s more likely to commit violence against himself. 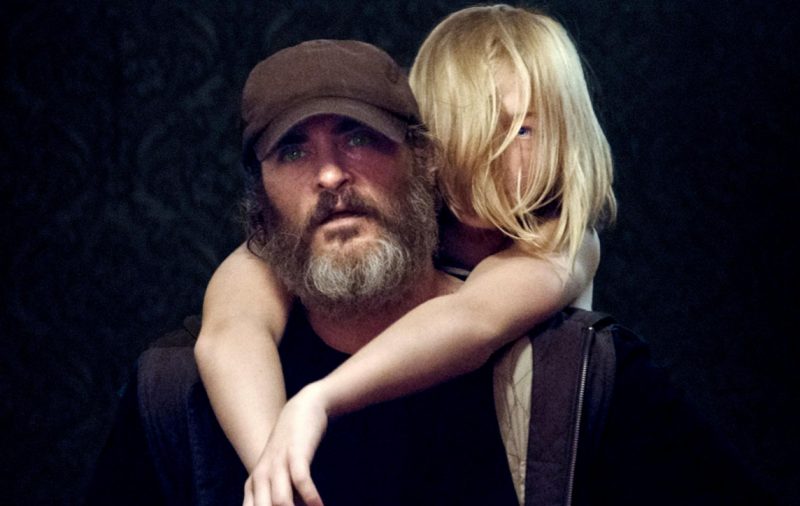 We too are haunted by visions and memories of horrific violence from his past, but no context is ever illuminated. It makes for a disjointed but gripping viewing experience, forcing the audience into the role of detective to try and understand why Joe is the way he is. How well this film is received depends entirely on how actively the audience is willing to engage. This film certainly isn’t for an audience who simply wants to be spoon-fed a story.

The beginning doesn’t feel like a beginning at all, the impetus arrives late, and the end is left almost surreally open. This film throws structure out the window and instead endeavors to let the audience in on a small part of a much bigger story. It’s thrilling for the audience to be so refreshingly given the benefit of the doubt in this way.

The score works in harmony with Phoenix’s considerable talent to fully immerse the audience equally in this shady underground world, and in Joe’s troubled mind. The contrast between dark scenes and harshly lit ones keeps the audience on edge, and there’s a lake scene which in particular is beautifully shot. 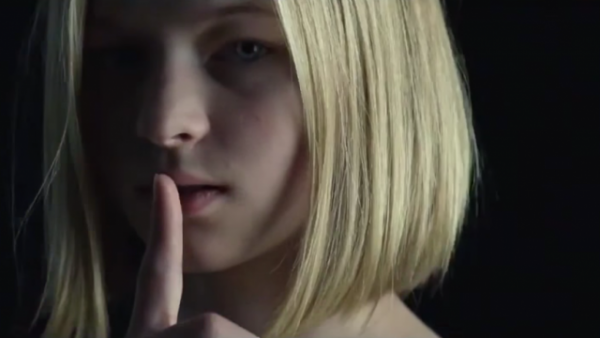 Ekaterina Samsonov is cleverly unexpressive as the senator’s daughter Nina, whose own trauma is entirely swept under the rug since Joe is so caught up in his own. As a storytelling device, it almost makes the audience feel complicit in Joe’s gruff treatment of her - a uniquely unsettling experience. The two are seemingly kindred spirits, though — something conveyed through the silences they share rather than the conversations.

Ramsay’s experimental style certainly isn’t for everyone, and You Were Never Really Here could easily make for a confusing and impenetrable viewing experience, depending on the mood of the audience. Phoenix is undoubtedly a triumph, though, and perhaps a second viewing will reveal even more depth to this dense and atmospheric film.