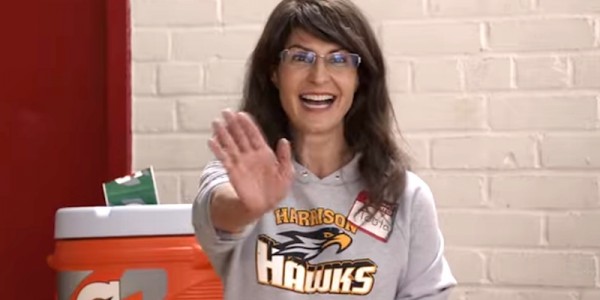 This much beloved film gets its sequel 14 years after the original. Is it worth the wait?
My Big Fat Greek Wedding is still considered to be one the crowning achievements of independent films. Breaking many box office records and capturing the hearts of audiences all over the world. A coming-of-age romance that capitalized on the family dynamics of ethnic families who are trying to keep their identity within a different culture plus developing new ways to use Windex. Nia Vardalos' original story struck a cord with families that has endured over the years, but will people remember the Greek-American family after being away for 14 years?
Over a decade after Toula and Ian (John Corbett) got married and moved in next door to her Grecian family, the routine has taken priority over the romance in their lives. With her parents ageing, Toula has gone back to working for them in the family restaurant and Ian is the local high school principal. They are raising their high school aged daughter, Paris (Elena Kampouris), who is on the cusp of heading off to university. Along with the challenges of choosing a school, attempting to escape the suffocating world of the Greek culture and coping with the next stages in their lives, the family must contend with a secret that will change everything in the world of the Portokaloses.

There is something to be said about formulas, why mess with them if they work? This rings true for franchise that gave birth to My Big Fat Greek Wedding 2. Director Kirk Jones' (Nanny McPhee) does not deliver any surprises in this revisit to this much loved Greek-American family. He has been given us the next stage in the life of these much loved characters and does not try to mess with the original blueprint. Almost all of the cast comes back and many of the same gags are incorporated to a new generation of fans. This will cause some fans to be disappointed, but for much of the audience it will provide a certain level of satisfaction. Kind of like coming back into your parents house after being away for an extended period of time, there will be some level of anxiety that is joined with the joy of the familiar. 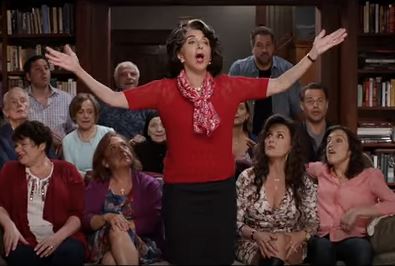 All of the characters become caricatures of the roles found in every family. The spoiled siblings, the dominating auntie, the lingering matriarch and the insufferable in-laws, but there were some highlights in this new Greek comedy. Andrea Martin as Aunt Voula steals every scene and takes full advantage of the one role that is given fresh material. Alongside the over the top antics of Aunt Voula is the understated, but endearing great grandmother, Mana-Yiayia, played with her own beautiful manner by Bess Meisler. Otherwise the rest of the cast, including the leads, are left with a predictable script and situations that capitalise on the desire for people to appreciate the magic of the original film.
Similar to the feeling of coming home, the feelings from this film are like most of Dad's jokes. They lack originality, which can breed contempt and a rolling of the eyes at the inevitable punchline, but a chuckle at the back of the throat. This script relies on the audience's willingness to bear with the familiar and celebrate all that comes with being part of the family. Like a family reunion, it is comfortable and harmless fun, but after awhile you are ready to go home. My Big Fat Greek Wedding 2 is familiar, but endearing.
Rating
5.0
Pros