"Dealing with Devils"
By: Jim Bush | Comic Reviews | February 1, 2015
In the debut of the new comic Bitch Planet, writer Kelly Sue DeConnick and artist Valentine De Landro threw readers right into the action without a lot of explanation. While that made the story kick off with momentum, it did make it a little difficult to follow exactly where the story was going. That has been rectified in Bitch Planet #2, where DeConnick and De Landro fill in a lot of the story, and what’s revealed makes the series sound very intriguing. 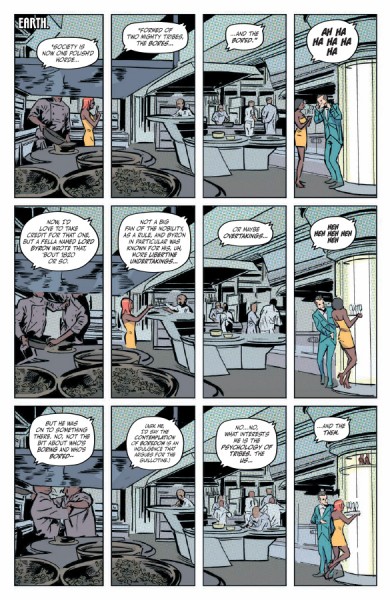 In Bitch Planet #2, we see a wider picture of the world of this dystopian future. In the first issue, we were mostly shown the off-world female correctional facility (dubbed colloquially “Bitch Planet”) and the murder of an inmate. In the second issue, we meet some of the powers-that-be in this world. A ruling party that seems to have some sort of religious affiliation (their titles are “Father”) have instituted a televised sports-based competition show in order that people can see their violent urges expressed – thus keeping society civil.   Kamau Kogo is offered the chance to lead a team of female inmates to compete on the show. She initially refuses, thinking it would strip her and her fellow inmates of their dignity. After a number of inmates come to Kamau with reasons why she should accept, one finally brings a reason worth considering: she designed the ship where the games will be held, meaning Kamau and her team could make a break out. 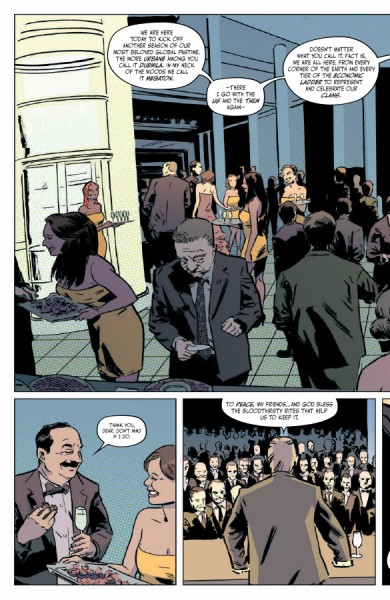 While the first issue of the series introduced us to a number of the female inmates and definitely had a feminist angle, Bitch Planet #2 raises some other philosophical issues that seem like they will make the comic an interesting one to read. DeConnick brings up the notion of factions – that humans always want an “us versus them” dynamic, whether it’s sports teams or political parties. The idea that sports also fulfill a basic violent inclination, while having occurred in many previous fictional stories, is also pretty fascinating if DeConnick can develop it over the course of the comic.   Valentine De Landro has a fluid drawing line throughout the first two issues of Bitch Planet. There isn’t as much physical action in Bitch Planet #2 as in the first issue, but there is a lot of story action, which can sometimes actually be more difficult for artists. He handles the story nicely, giving the negotiations between Kamau and her handler some dramatic tension while also throwing in some fun moments occurring in the background of some panels. He also frames the panels and their layout in a compelling way. 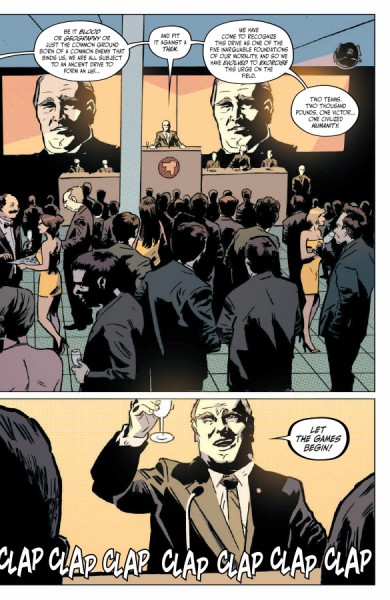 It’s pretty impressive how quickly the story basics have been established for the series. Many new comic books seem to take the entirety of their first arcs before readers really know what the book is about. With Bitch Planet #2, though, we get all the important and necessary stuff to understand where this comic is going. That makes the second issue really effective because it throws a lot of good story building-blocks out there without getting weighted down by exposition. What’s been set up so far seems like it will be fun and intelligent.
Rating
8.1
Pros