Black Characters Who Now Seem to be History

What better way to celebrate Black History Month than to explore those black comic book characters who have become nothing but history as their parent publishers have inexplicably let them slip into character limbo?

Okay. There are probably hundreds of better ways, but this is what I’m doing. So shut up. 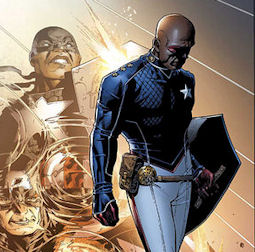 Kieron Gillen has not been even remotely quiet when it comes to his Young Avengers relaunch, generating a lot of discussion building up to its first issue. One thing he has mentioned more than once hasn’t been given as much attention as it should receive, though. He was not allowed to use Patriot as a cast member. It’s not that he didn’t want to or ultimately decided against bringing in Elijah Bradley. He says he was told that he couldn’t. What is that about? It shines a new light on the awkward ending of Avengers: Children’s Crusade. Eli’s family suddenly deciding to move away and his retirement as Patriot didn’t really mesh with the story, and it certainly didn’t fit as some kind of ending for what could be considered his character arc. This just seemed... tacked on at the last minute. So, has Marvel instituted some kind of ban on the character? It’s either that or another high profile creator has called dibs on Eli. But the latter possibility seems unlikely. The only creator who might do so would be Rick Remender, but the current status quo of Captain America isn’t someplace Patriot would obviously fit. Then again, exiling Eli to limbo doesn’t make much sense either. The only baggage the character really has is his connection to Truth: Red, White and Black. So along with Eli, is Marvel also trying to bury the story of the black Captain America? 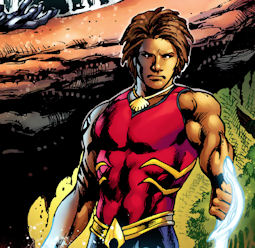 It’s rough for Young Justice fans. Cartoon Network hasn’t exactly been kind to the animated series, and it’s chances of a third season look awfully bleak. On top of that, DC Comics practically goes out of its way to avoid doing anything that would appeal to those fans. Case in point, where is Aqualad? Kaldur’ahm -- or Jackson Hyde as he is known in comics -- was a key part of Brightest Day, which itself was a key part of giving Aquaman the credibility to launch his own series again. Yet, there hasn’t been so much as a sign that Kaldur exists in the New 52 continuity. There has been a reference to the other Aqualad, Garth. There has even been an appearance by the original Aquagirl, Tula. But here we are in the second year of the New 52 and no Kaldur. Scott Lobdell claimed he wanted to use him for Teen Titans but decided against it to allow Geoff Johns to define the character in Aquaman. Fair enough reasoning. But as I’ve said, Johns has done nothing of the sort. A couple years ago, DC would cite Aqualad proudly as part of its efforts toward better diversity. Now with the end of Young Justice likely and nigh, there will soon be no place fans can look to see Aqualad anymore. 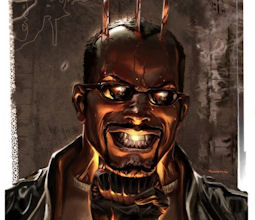 I have always been kind of amazed at Marvel’s failure to get a Blade series going. With the character’s name recognition and popular vampire-slaying concept, it seems like it should be so simple. Yet, every time I see Marvel give Blade a shot it fails and fails for good reason. There always seems to be this lack of confidence in Blade that leads to writers overthinking and overcompensating for some imagined weaknesses. I would love a straightforward Blade book with him hunting vampires and other creatures in the Marvel Universe. I’ve yet to really see that book appear, though. And lately, Marvel’s vampire stories haven’t involved Blade much with Victor Gischler trying to push the Forgiven and now Morbius the Living Vampire getting a series. Blade is rivalled by perhaps only Ghost Rider when it comes to being the top dog of Marvel’s supernatural territory. Yet, he’s ridiculously underutilized in that capacity, and there are no signs of that changing in the near future. 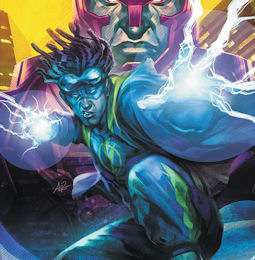 I’m sorry, but is DC seriously telling me that Static Shock was all the effort they were willing to expend on Static? Because that’s just disgraceful. You’d think there would be a little more desire to honor the late Dwayne McDuffie by making the character of Virgil Hawkins a notable part of the new DC Universe. Virgil’s only a character who has actually starred in a mainstream animated series and been the most popular character of the Milestone Universe. He definitely deserved better than a New 52 relaunch series that was ill-conceived on every level. Oh, I know there was that behind the scenes drama with the writer, editor and artist struggling with differing ideas of how to handle the book. But that doesn’t really matter for this simple reason. All their ideas were wrong. All they were arguing over was what form their trainwreck of a series should take. Obviously, I understand wanting to honor McDuffie’s work on Static. But I also understand that trying to preserve all the minutia of continuity from McDuffie’s Static series, in complete contradiction to what the New 52’s purpose was, so that Static Shock’s first issue reads like its sixty-first is really just a way to make damn sure the book fails. Which it did. I think honoring McDuffie would be to make Static live on for a long time as an organic part of the DC Universe, such as how the possibly doomed Young Justice: Invasion series has done. 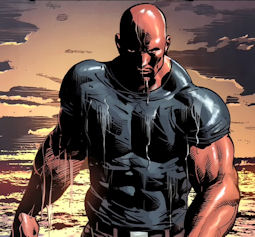 Finally, there’s Luke Cage. I know, I know. Luke Cage has been treated as one of Marvel’s top characters for the past decade. What is there to complain about with him? Well, where is he now? He’s been left absent from all the Marvel NOW! reshuffling. Marvel finally succeeded in elevating one of their black characters to the top tier only to then let him fall through the cracks. Brian Michael Bendis has said he plans on pitching a Heroes for Hire series for Luke at the next big creative summit, but why should anything have to be pitched? Where’s the commitment to keeping Luke out there in the spotlight? Bendis will probably be given Heroes for Hire if he really wants it, but this raises the question of whether Bendis is alone in trying to push Luke as a major Marvel character.

Don’t let me paint the picture that everything has fallen backward for black characters in comics, though. That is not the case. With her marriage to Black Panther annulled, Storm is about to be leading two X-teams and has been appearing quite a bit in All-New X-Men. And speaking of him, Black Panther’s central role in Jonathan Hickman’s New Avengers is better for that character than another attempt at a solo series would be. Cyborg is finally starting to get some of the spotlight in Justice League. Batwing still has his own series. Falcon’s back on the Avengers. Black Lightning looks to be joining the Justice League for at least a little while.

Still, there are several notable black characters who have been allowed to fall to the wayside without any good reason for it. Things like this make it difficult to see any real progress made when it comes to racial diversity in comics. Some characters rise as other inexplicably disappear. Hey, Misty Knight is starring in a new book. Wait, where did Luke Cage go? It’s that kind of thing. It’s a tough job to successfully get characters into the spotlight, but it doesn’t mean much if there’s no commitment to keeping them there.