Blacklight: Tango Down Can Be Yours for A Buck

Not even a buck; ninety-nine cents, in fact.  Sure, it was a fifteen-dollar downloadable budget title to begin with, and it isn’t that great, but it’s certainly going to bring you a few hours of entertainment, and the 99¢ chicken sandwich you’d get at a fast food restaurant will only give you about five minutes of snacking pleasure.

Blacklight Tango Down is a First Person Shooter that came out earlier this year.  While it isn’t a bad game, it never quite caught on, and didn’t achieve any sort of commercial success.  Such is the fate of mediocre shooters that aren’t from an established series, or based on a known IP. 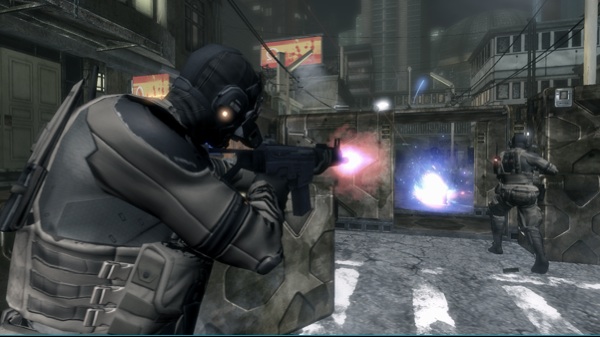 It’s set in the near future, with a bit of science fiction in the story and it gives you access to futuristic equipment, like a “Hyper Reality Visor” which let’s you use a sort of X-Ray vision.  The game has a short single-player mode, which can be played co-op online.  However it’s mostly intended as a multiplayer deathmatch sort of game.

The only drawback is that this cheap game deal comes from Games For Windows, and Player Affinity’s regular readers have been pretty outspoken about your hatred of GFW.  If you don’t mind the insidious social networking/ digital distribution/ malware that is Games For Windows Live, you might want to check out this Daily Deal which is only running tonight (Sunday) and early Monday morning.