Blizzard Cancels Its Next MMO “Titan”

Titan, the next MMO from World of Warcraft developers Blizzard has been canceled. Rumored to be in development for over seven years, but never officially announced, Titan was the codename for Blizzard's next MMO, their follow-up to World of Warcraft. In an interview with Polygon, Mike Morhaime CEO and Co-founder of Blizzard confirmed that the game had been canceled.
Mike told Polygon that Blizzard "...had created World of Warcraft, and we felt really confident that we knew how to make MMOs. So we set out to make the most ambitious thing that you could possibly imagine. And it didn't come together."
"We didn't find the fun," Morhaime continued. "We didn't find the passion. We talked about how we put it through a reevaluation period, and actually, what we reevaluated is whether that's the game we really wanted to be making. The answer is no."
Chris Metzen, who was also part of the interview with Polygon, explained that canceling the game was "excruciating." Morhaime agreed, telling Polygon that "It's always really, really hard to make those kind of decisions. It was hard when we canceled Warcraft Adventures. It was hard when we canceled StarCraft Ghost. But it has always resulted in better-quality work."
[caption id="attachment_59616" align="aligncenter" width="576"] 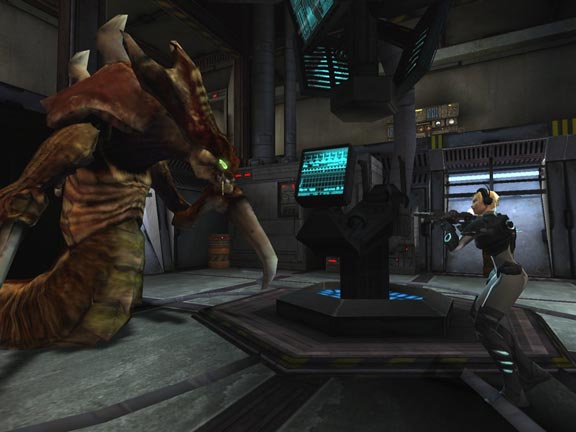 StarCraft: Ghost screenshot[/caption]
Metzen and Morhaime explained that the decision to develop Titan was based on the huge success that WoW was. Metzen described how during development of the game, they began wondering "Is this really who we are? Is this really what we want? Is this really what we want to burn our passion and our work lives, our careers on, for years on end?" Metzen finished his thoughts with a pretty big question. "Are we the MMORPG company?"
Morhaime answered the rhetorical question with a short answer: "We don't want to identify ourselves with a particular genre. We just want to make great games every time."
Blizzard has canceled games before, like the earlier mentioned StarCraft Ghost. When it comes to canceling games that Blizzard doesn't feel sure of Morhaime explained the company's philosophy: "...we'd rather cut out a game we put a lot of time and resources into than put out something that might..."
Metzen finished the sentence: "Damage the relationship. Smash the trust."
Morhaime told Polygon that Blizzard could do a MMO in the future, that they aren't going to just say no to MMOs from here on out. "I wouldn't say no to ever doing an MMO again," Morhaime said. "But I can say that right now, that's not where we want to be spending our time." Metzen added that Blizzard will continue to support WoW and said "My hope personally is that we'll support it forever..."
[caption id="attachment_59617" align="aligncenter" width="600"] 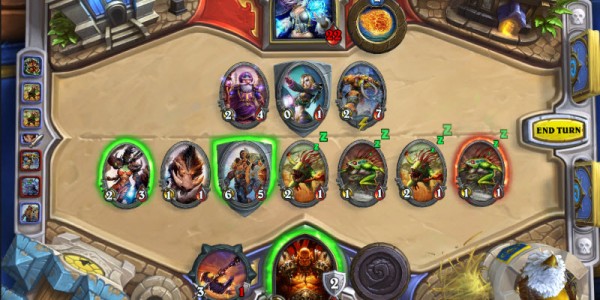 Hearthstone screenshot[/caption]
Morhaime and Metzen also explained that games like Hearthstone and Heroes of the Storm were examples of Blizzard making games of different sizes and scale, not always making something as big or time consuming as WoW or Diablo III.
"Maybe we can be what we want to be and inspire groups around the company to experiment, get creative, think outside the box and take chances on things that just might thrill people," Metzen said. "Maybe they don't have to be these colossal, summer blockbuster-type products."
You can read the full story at Polygon along with more information about Blizzard and how they are changing.