During Blizzard's Gamescom press conference Josh Mosqueira said that Blizzard "Is very,very serious" about bringing the Diablo III experience to the console. "We're looking for programmers, designers, artists who think their dream job would be to bring Diablo to the console. Trust me, it is a dream job," Mosqueria said. He didn’t confirm that Diablo III will be coming to consoles, but earlier in the year, Blizzard was looking to hire a Lead Designer, Lead Programmer and a Senior Producer for a “Diablo-related concept for consoles.” 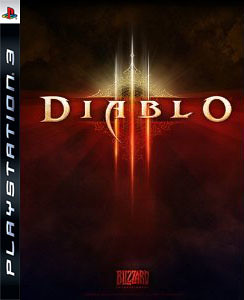 According to EuroGamer, Blizzard didn't suggest what the project might be, but said that a console version of Diablo III wouldn't be in the works because it might degrade the game. Instead, spinoffs in the same universe were more likely to produce. During the same Gamescom press conference, cofounder Frank Pearce also explained that Blizzard has no plans to make a StarCraft MMO citing it's too busy with existing projects. "We definitely feel like all the worlds we create would lend themselves well to multiple genres and multiple forms of media,".

Diablo III is still lacking an official release date for PC, but is expected to have a public beta sometime during the holiday season. We could get something during Blizzard's annual Blizzcon event in October. Before Gamescom Blizzard announced that Diablo would require a permanent internet connection to play and have an in-game auction system that allows players to exchange digital content for real world currency.