What hardcore gamer doesn’t love a good, bloody massacre? Bloodforge, shown recently at GDC 2012, looks to live up to the “blood” in its name.  Developed by Climax Studios, with a release date in April, Bloodforge puts you in the role of Crom, a bloodthirsty protagonist seeking revenge for the death of his wife, who he killed himself through deception from the gods.  Crom must defeat demonic soldiers and gods in the bloodiest manner possible. 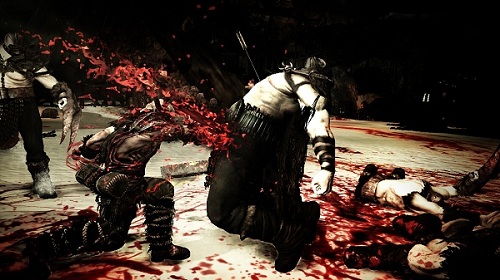 And the developers really do emphasize a bloody massacre. Listed on Bloodforge’s website are 14 words used to describe Crom’s killing methods: Decapitate, eviscerate, maul, chop, slice, dice, skewer, lacerate, pound, cleave, hack, sever, stab, and most importantly of all, kill. Crom paints the pale world with a coat of red…blood, of course. Every one of these words perfectly describes the methods that you can use to defeat your enemies. Enemies can be split in half (horizontally or vertically, whichever takes your fancy). The ways you can kill are nearly endless.

What else does Crom do besides kill? Decapitate, stab, chop…you get the point. Bloodforge is all about hack-and-slash combat. There will be different weapons Crom can wield, such as a sword, claws, and hammer. Crom can execute “Rage Kills,” made possible by absorbing blood from his enemies. While in the Rage mode, Crom’s attacks move more quickly, and do more damage. Crom also has “Rune Attacks” at his disposal, to kill enemies with magic and give his blood-soaked weapons a short break. Weapon combos are also featured in the game.

Set in a Celtic world, the graphics have been described by Climax as “stark” and “extreme.” They have also been influenced by a graphic novel style, most noticeable when the bright red blood begins to spill and cover the ground, and anything else it might splatter on.  Blood is everywhere, which is what you would expect in a game called Bloodforge. The amount of blood you collect from your foes is shown in a progress bar at the bottom of the screen, and even compares you with the amount of blood your friends have gathered. 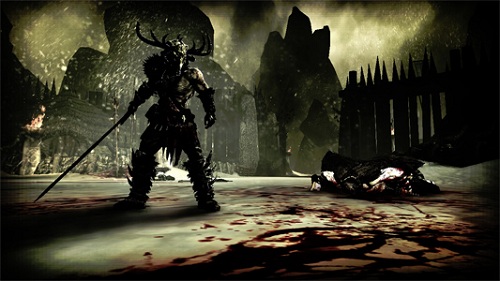 The end of every level is marked by a god-boss. These bosses are enormous, making Crom look the size of an ant. One such boss requires Crom to climb up his arm, and stab him repeatedly in the head.  From the trailer, dialogue does not seem to be the game’s strong point, and at times is laughable. But really, because you will be having such a bloody good time with combat, you won’t be paying much attention to the dialogue.

Bloodforge is not for the faint of heart, or stomach, for that matter.