It’s hard to imagine a shower coming in with higher expectations than HBO’s Boardwalk Empire.  You’ve got a legendary, Oscar-winning director behind the camera (Martin Scorsese), a creative team featuring many of the people behind the network’s first major television hit, The Sopranos (Terence Winter, Tim Van Patten), and, perhaps most shockingly, an all-time high television budget, allegedly $50 million on the pilot alone.  While much of that money must have gone to the talent making the show, most of it can be seen in the set, a recreation of Atlantic City in 1920, made from a combination of physical sets and CGI.

So now that it’s here, how does it stack up?

Well, it certainly takes no time to get things going.  We start on the eve of prohibition, with Nucky Thompson (Steve Buscemi), treasurer of Atlantic County, proclaiming the importance of the new laws to one side, and then flooding the city with illegal alcohol on the other.  We’ve got his driver, Jimmy Darmody (Michael Pitt), recently returned from the war, attempting to make a name for himself and push his boss in a more lucrative direction.  There’s Margaret (Kelly Macdonald), an abused wife who comes to Nucky for help, there are bootleggers, gamblers, and FBI men and there’s a team of gangsters and money-men, including famous names such as Al Capone and Arnold Rothstein, who all have different agendas and are playing their own angles. 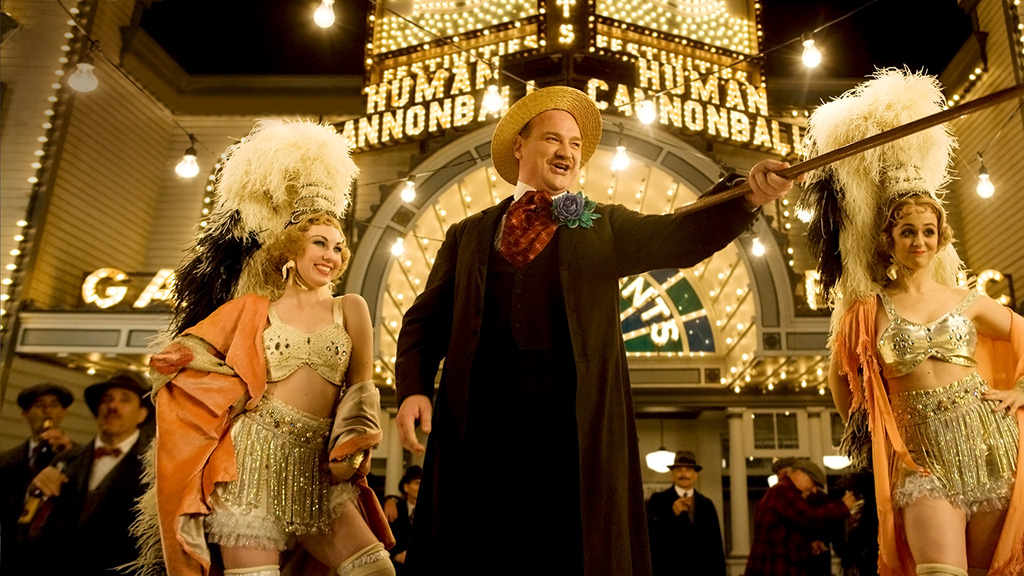 With all that, we’re not left with much time to admire the pretty scenery (though it is very pretty).

It’s a lot to take in on first viewing, and most likely the episode will play better once more of the show has aired and we as the viewers have a better handle on who everyone is and what they’re hoping to accomplish.  But even on its own, there’s enough action and humor to keep everything moving quickly.  Every time things seem like they might be weighed down with too much exposition, there’s a scene, such as the one where Jimmy and Al Capone ambush Rothstein’s men, or where Nucky takes his frustration out on Margaret’s deadbeat husband, that pick the pace and excitement right back up.  Of course, it also doesn’t hurt to have a master like Scorsese staging these scenes and I’m curious to see if there’s a noticeable difference in the look of future episodes which he is not behind the camera for.

But even though the pace seldom drags and even with the extra time allotted to the pilot episode, it is still sometimes difficult to keep track of all the dealing that is going on.  The show’s creators seem aware of this, and there’s even a humorous scene in which the FBI men attempt to keep straight all of the gangsters meeting together.  But even so, it took me two viewings to figure out exactly who was whacking who in the episode’s final moments and I doubt most viewers will be willing to put in that kind of time. 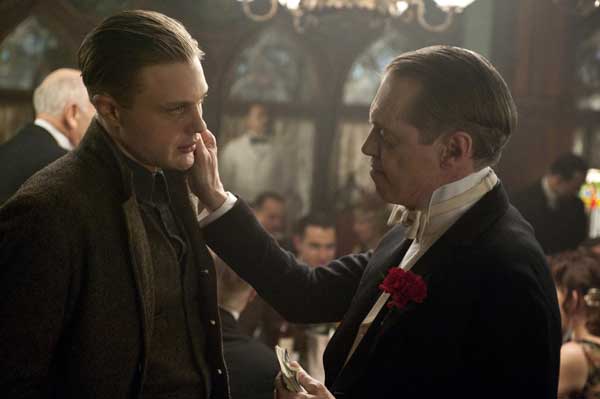 At the center of all this action is Steve Buscemi, who's long been a successful supporting actor in films such as Fargo and The Big Lebowski. He has seldom, no doubt at least partially due to his unique appearance, had the opportunity to play the part of a leading man.  But here he gets the chance to stretch himself and he makes the most of it.  For the most part, he plays the calm center of the storm surrounding him, but he also has moments, such as when he attacks Margaret’s husband, where he lets loose.  And while he has certainly played the character’s angry and sarcastic traits before in other roles, he also gets to show some emotion, such as when talking about his deceased wife, and as he mulls over a baby he passes, perhaps hinting at a lost child we’ll learn about in the future.  All together it adds up to one of the most well-rounded performances of the actor’s acclaimed career.

While the pilot certainly has some flaws, Boardwalk Empire sets itself up to be one of the strongest series on television.  Which is exactly what HBO was banking on when it put so much money and talent into it.  It’s been a while since HBO, which once ruled the cable TV landscape, has had a show that it both a critical and commercial hit.  In that time networks such as AMC and FX have made huge strides and bridged the quality gap that once separated them from HBO.  While money and talent don’t always guarantee quality, here it looks as if the investment has paid off.  Everything that’s happening in this episode might not make perfect sense yet, but I still can’t wait to see what happens next.