Traditionally, comic books are made into television shows and movies.  It isn’t completely unheard of for it to happen the other way around.  It happens, but with less frequency.  Let’s face it; there are more people who would prefer to sit drooling in front of televisions and projection screens than in front of a book.  Well, this is news for all the readers out there.  Acclaimed animated comedy series Bob’s Burgers is hitting comic book stands!

Dynamite Entertainment has partnered up with Twentieth Century Fox to bring us a Bob’s Burgers comic book series.  A breath of fresh air from the usual run-of-the-mill animated comedies on television, Bob’s Burgers broke the mold when it debuted on Fox in January of 2011.  What’s so “fresh” about it?  Sure, there’s no shortage of animated shows about quirky American families.  Bob, however, is no Homer Simpson, and I mean that in the most respectful way.  Homer is great, but his introduction opened a Pandora’s box of sorts, and now almost every show has a father/ husband character that drinks too much beer and sticks forks and knives in the toaster, if you catch my meaning.  That’s right, Bob isn’t a total moron.  So then where do the laughs come from?

The show, and the now greatly anticipated comic book series, is about the passionate and hardworking Bob Belcher, his sardonic yet sincere wife Linda, and their three beyond memorable children, Tina, Gene, and Louise.  Bob takes his job very seriously, and he’s the only one who does, as he attempts to run the restaurant without allowing his family to run it into the ground first.  And Bob isn’t without his quirks: his rivalry with Jimmy Pesto who runs an Italian restaurant across the street, his contempt for any food other than hamburgers, his constant battle with the health department, his friendship with Mort, the owner of the funeral parlor next store—only to name a few.  Bob’s Burgers has a cast of beautifully written and loveable characters and a premise that is simply begging for more shenanigans. 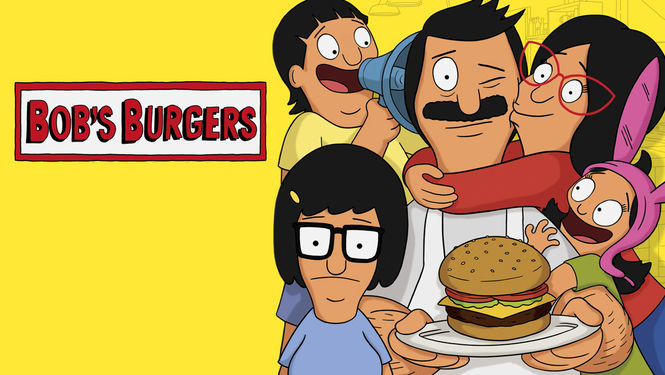 Dynamite Entertainment is as excited as ever to be producing this Emmy nominated series.  Lauding it for its versatility, Nick Barrucci, CEO of Dynamite, admired the show’s ability to be both “heartwarming and mischievous.”  That is no easy line to straddle, as heartwarming has a tendency be boring, and mischievous, mean spirited.  Bob’s Burgers, however, strikes precisely the right balance.  Expectations are abound, as the pressure is mounting for Dynamite Entertainment.  The likes of Kristen Schaal and H. Jon Benjamin, to name a few of the great comedians who lend their voices to the show, won’t be able to voice act for a comic book.  Let’s hope it lives up to the original.