"'I'm just a musical prostitute, my dear.' - Freddie Mercury"
By: Russ Matthews | Movie Reviews | October 29, 2018
Queen has been part of the soundtrack of people’s lives since the 1970s and Freddie Mercury’s iconic voice has proven to transcend the generations. The collaborative effort between the unconventional lead singer and the equally eclectic stylings of the band proved to connect with a worldwide audience. If anyone was destined to have his life story portrayed in a film it was Mercury, the over-the-top frontman provided all of the necessary components for a rock biopic of epic proportions. The son of Tanzanian immigrants in England, Farrokh Bulsara (Rami Malek) did all he could to become a part of a local pub band with Brian May(Gwilym Lee), Roger Taylor (Ben Hardy) and John Deacon(Joseph Mazzello). After changing his name to Freddie Mercury, he got his chance when the lead singer left the band for better prospects. His flamboyant style and creative musicality helped the band to become a popular act at the pubs of England which eventually led to them landing a manager and a record deal with EMI records. Their unconventional methods of recording and performing moved them from a sideline act to an eventual world tour. 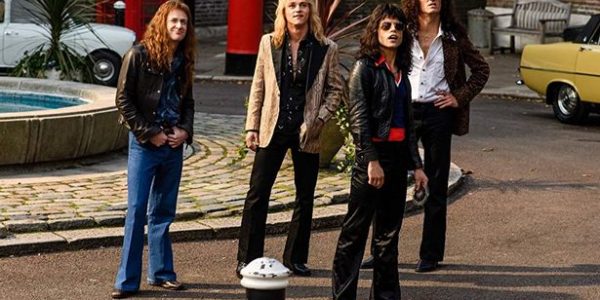 Their meteoric rise in the industry led to some of the most popular songs and albums in pop music, but also lead to lifestyles that would eventually tear the group apart. Freddie not only had to contend with his world-wide fame, but finally had to confront his struggle with his sexuality. These issues tore apart his relationship with his girlfriend, Mary Austin (Lucy Boynton), caused continual tensions within the band and eventually led to the press concentrating on his personal life more than Queen’s music. More than that, Mercury also has to come to terms with his own mortality during the ensuing and destructive AIDS epidemic of the 80s and 90s. The life and parties of Mercury and Queen have become urban legend and hold certain mythology within the music industry, which causes a bit of confusion with Bohemian Rhapsody. What should have been a wild and colorful journey through the life of one of the most dynamic musicians in modern music turns into a quiet, tame and safe walk down memory lane. 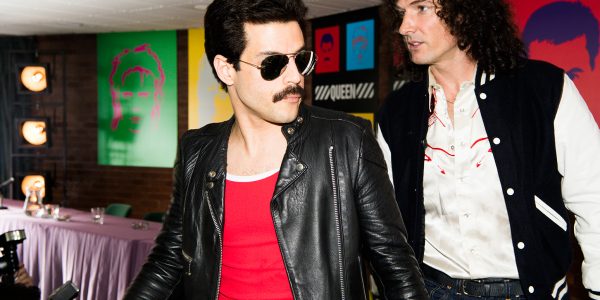 Director Bryan Singer does manage to provide a glimpse into the unique creation of some of Queen’s musical repertoire, which should calm the band's fan base. From "Bohemian Rhapsody" to "Another One Bites the Dust" to their amazing Live Aid performance at Wembley Stadium in 1985, audiences are shown the artistic boundaries that the band was willing to break through to offer a new take on what had become mainstream pop. Then to add Rami Malek’s portrayal of the consummate showman by taking on the stage persona and attitude of Mercury, the film had the potential to be an intriguing tribute, but the wheels do eventually come off of the production. Even though Queen’s music did define them and a generation, it was Freddie’s personal life that makes this a tantalizing consideration. Singer did not shy away from showing the singer’s struggle with coming out as gay during the 1980’s, but this element seemed to be sanitized to the point of being mere innuendo for the sake of broader audience appeal. Even though fans could appreciate the music, it was the personal side of these rock stars and their party lifestyle that would draw audiences into theaters. There is a glimpse into the realities of the artist and how he responded to contracting AIDS, but even this historical account is left to a footnote at the end of the film. 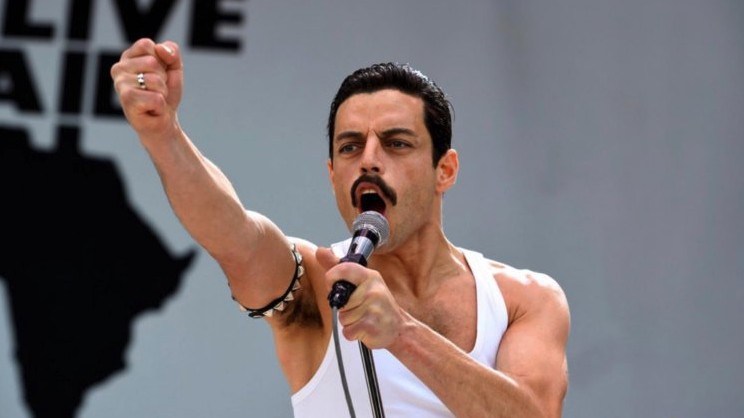 Despite the well-documented on-set production issues, it is inexcusable that such a vibrant musical character is portrayed in such a dull manner. Not that the public needs to be exposed to every indiscretion acted out by the artist, but without the inclusion of more personal elements, this becomes a feature-length music video. This a film that should appeal to devoted fans of the band, but offers little for those who desire to know more about their lives. As a tribute to a self-proclaimed ‘drama queen,’ Bohemian Rhapsody delivers less drama and more excuses to merely buy Queen’s music than movie tickets.
Rating
5.0
Pros